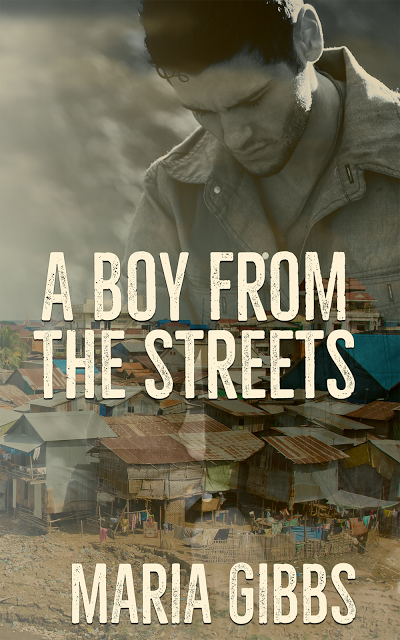 Two babies abandoned at birth—one grows up in a life of privilege, the other in poverty.

On the 12th of September, 1981, twin boys are born in a Brasilian hospital and left to their fate as orphans. Jose is adopted by a couple who takes him to England, but the other isn’t so lucky. Pedro ends up on the streets of Rio, left to fend for himself in a harsh and unforgiving world.

Twelve years later Jose’s family returns to Brasil, where he learns the truth about his adoption and his twin. Thinking his adoptive parents no longer want him, he runs away to find his brother. What follows will shake Jose to the core and shape the rest of his life—if he can survive.

Jose isn’t the only one whose life will change. Pedro is offered an opportunity beyond any of his wildest dreams, but to keep it will mean the betrayal of someone he loves. This proves to be a far greater challenge than he anticipated when the orphan finds himself suddenly surrounded by family who, unfortunately, don’t all have good intentions.

A Boy from the Streets will tug at your heart-strings and have you rooting for the little guy as you follow the twists and turns this multi-continental tale takes.

“Fernando, we must take them both, we cannot separate twins.”

“Christina, you’re too soft, we can’t bring up two children. You’re not strong enough to cope with the needs of twins. Your constitution is weak. It would be unfair to all of us.”

“I know my health is delicate, Fernando, and I will always regret that I can’t carry your baby to term inside me, but I know I can love and care for these twins. We can afford to hire help…” She trailed off when she saw the determined jut of his chin, the expression that brooked no further argument. Christina decided to try one last tug at his conscience anyway. “If we leave one behind, he might end up on the streets, an urchin living in squalor and fighting to survive… if he even makes it past babyhood.”

“Christina, your abundance of love does you credit, but I have no doubts the other boy will be adopted also. The only thing left to do now is to choose which one you would like?”

Christina’s heart sank as she looked at the two bundles in front of her. He was asking her to choose one, like picking out a pair of shoes from the rows on display in a shop. One stirred and let out a howl, disturbing his twin. It was almost as though he were alert to the inherent danger in this situation and was warning his brother.

Christina reached out a hand to each of them, touching their delicate tiny fingers and marvelling at how small, how fragile they were. Both lay quietly now, staring up at her with eyes as yet unable to focus. The boy who had been woken by his brother curled his tiny digits around her finger. In that moment she knew. He was asking her for help. The other twin would have the strength and tenacity to face whatever life threw at him. Christina couldn’t think about that, now that the decision was made. There was no hope of changing Fernando’s mind.

Without a further glance to the brother, she scooped up her new baby, cradling his floppy head and bringing him close to her chest so that he could feel her heart beat and know he was safe. She started to walk away with Fernando’s supportive hand between her shoulder blades. The baby in her arms let out a whimpering cry, and his twin, who still lay in the cot, responded with a heart-breaking howl which tore at her heartstrings and caused Christina to pause her flight. Fernando’s hand applied gentle pressure while she lifted one leaden foot in front of the other. A silent tear fell from her face onto the baby in her arms. She muttered a quick prayer for his twin.

“All that’s left now is to fill in the paperwork and the boy is ours.” Fernando’s handsome face broke into a smile. He reached out and touched the silent baby in his wife’s arms.

“You are to be our son,” he crooned. “We must think of a fitting name to honour your new status in the Sanchez family.”

“Jose, after your father.” Christina dimpled as Fernando rewarded her with a winning smile then pulled her and their new baby into his arms before placing a gentle kiss on her lips. 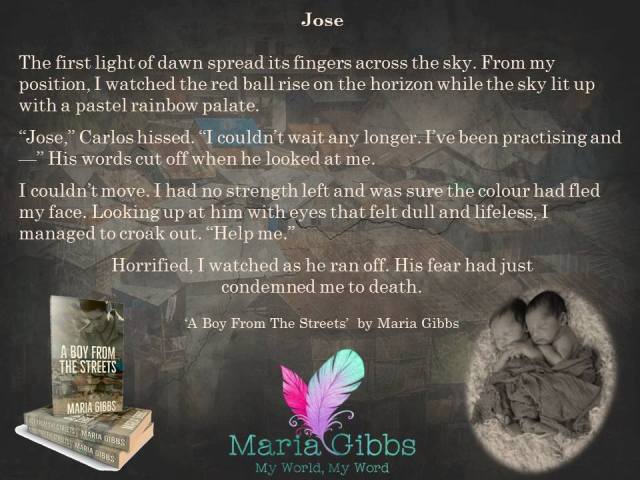 I’m a self-published author who released her first novelette in January 2015 ‘As Dreams are Made on’ which was closely followed by my second one in February of the same year ‘A Lifetime or a Season.’

In 2016 I released ‘The Storm Creature’ after writing it for an anthology.

2017 will see the release of a novel which I am excited about ‘A boy from the Streets.’ During that time, I have also been working on a number of other WIP’s which are in the pipeline. I don’t fit into any neat genres where my writing is concerned, I am a ‘pantser’ and write anything that comes into my head. So my books range from thrillers, to romance, from paranormal, time slip to contemporary women’s fiction.

I started reading as soon as I was able to and followed on by writing soon after. My biggest influence as a child was Enid Blyton who taught me that books were an escape to new and exciting worlds. I love reading books from a wide spectrum of genres, if the cover attracts me and the blurb stacks up then I want to read the book. When I’m not reading or writing, or doing my full-time job I enjoy travelling, crafting, horse-riding and riding my motorbike. 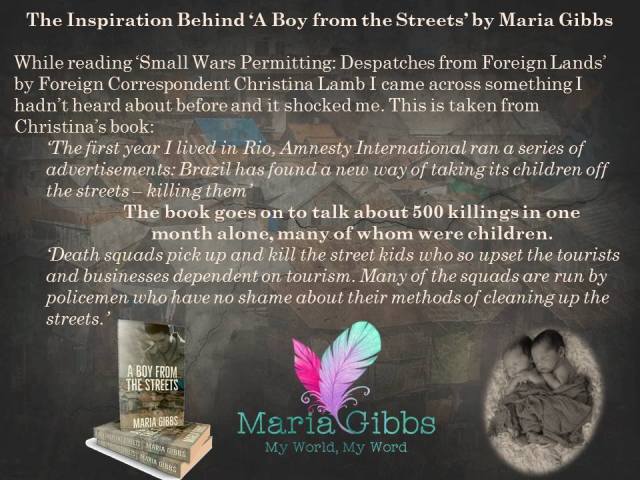 One thought on “A BOY FROM THE STREETS by Maria Gibbs”