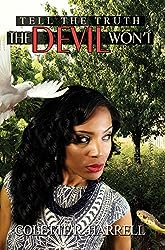 About The Book
The full-figured Esther Redding doesn’t realize it, but she desperately needs a change. Her Cinderella tiara is tarnished, and her glass slippers cracked.
No longer any one’s knight in shining armor, Briggs Stokes always had a soft spot for Esther. She was in his blood, and he didn’t want a transfusion. When he returns to Detroit, he decides that nothing will keep him from her door. Well, nothing . . . but the once reformed bad girl, Monica Stokes Hawthorne, Briggs’s ex, who wants to be his—give me one more chance, again—wife. The resulting tug-of-war that ensues may be the catalyst that destroys the person they both love the most.
More than one household is upset when the prison doors swing open and a “rehabilitated” Roger, Esther’s ex, returns home. Following Roger is a sinister force so malicious that no one in their community will be left untouched.
When truth is held hostage by lies, mayhem ensues. And when it does, the lives of Esther, Briggs, Monica, and Roger are forever changed.
Don’t blink—pray—these shenanigans are too shocking to miss . . .
BUY BOOK on Amazon 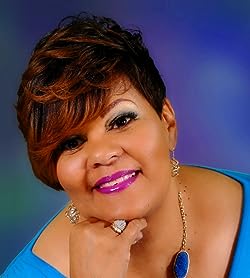 Colette Harrell, wants you to know that she’s like you, God’s chosen vessel. She has come to be a gift, to be an encourager and a light that reflects God’s goodness.
She’s a wife, mother, author and playwright. A Detroit native, she currently calls Ohio home. She holds a master’s and is a Director of Social Services. Writing with humor and compassion to engage and minister to the human heart. Her motto is: whatever you do, do it “for love alone.”
Her newest novel, Devil Get Behind Me! Will thrill this January 2016. It is filled with wisdom and humor. This adventourous love story goes where Ms. Harrell loves to tread, down an unbeaten path. No millionaires rescuing damsels in distress—although she enjoys these reads herself—but real people, falling and getting back up.
The Devil Made Me Do It was her debut novel. It was Nominated for First Fiction for the Phyllis Wheatley Book Award. It has been held as one of Black Pearl Magazine’s, top ten Christian fiction books for 2014. And, Read Between The Lines radio show, named it as one of its overall top ten books for 2014.

Story of a girl Meera, who is unwittingly drawn into a conflict from where she finds it difficult to emerge unscathed. It’s her journey from being a simple, medical graduate belonging to a middle class family to the uncharted territories of corruption and caste based politics. Her path is crossed by the two men, both compelling yet completely contrasting characters, who are forever going to change her life. If it is Aman who can challenge her ideals and defy her resolves, and makes her the person she finally becomes, it is Abhay’s sublime love which enables her to go through the vicissitudes of life. It’s also the story of her loss as well as triumph against her own demons to find her true self.


Buy a Copy from AmazonAbout the Author:

Dr.Madhu Vajpayee- the writer was born somewhere in those hospital corridors where she has spent the last two decades of her life. Witnessing life at such close quarters pushed her to capture its enigma in her words and slowly it became her passion. After writing several scientific papers and chapters in books, this book is her first step in literary world.
Having done her graduation, MBBS from King Georges Medical University (KGMU), Lucknow she went ahead to pursue her post-graduation, MD from AIIMS, New Delhi. She was a consultant at All India Institute of Medical Sciences (AIIMS), New Delhi having been associated with management of patients living with HIV/AIDS. She is now settled in Melbourne, Australia with her family, where she is devoting most of her time to writing, the passion that she couldn’t pursue earlier because of the demands of medical profession and commitment it requires.

When not creating stories, Madhu enjoys reading and travelling.Reviews for the Book:

It was a perfect book and can motivate one. ~ Nidhi Author on Goodreads


Wonder full book.Clearly highlights the current problems faced in India as a result of reservation! ~ Nikhil Dave on Goodreads


It is one of the amazing fiction I have read in the near past. Highly recommended. Cocktail of Corruption, politics and love. ~ Akshay_Tripathi on Amazon


What Madhu does well with this story is to highlight many factors that need change. She brings out facets like reservation. She talks about the more rigid mindset of an Indian family ~ Vinay Leo @ Booworm’s Musings

Check out the Tour Stops:

Shanti and the Magic Mandala is an adventure in which fantasy and reality are mingled. The book tells the story of six teenagers, from different religious and cultural origins and different parts of the world, who are mystically recruited to form two groups – one in the Northern Hemisphere, and one in the Southern. They eventually gather in Peru, and through a single alliance, begin a frantic chase for the sacred object that can stop the black magician’s final plan.

Buy Links:
Amazon.com I Amazon.in I Amazon.co.uk I Barnes & Noble I Google Play


Shanti was the first to smell the smoke. She paused in her frantic packing. “Do you smell something burning?”
“Yes, I do,” Lelê said, worried.
It was getting noticeably hotter in the room. “Look, there’s smoke coming in under the door!” Antônio cried. Black smoke was slowly seeping beneath the door and into the room. Lelê ran to the window.
“The door won’t open,” Shanti said, struggling with the lock.
“Neither will the window.” Lelê was close to tears.
“Let me try, Shanti.” Antônio grasped the doorknob, applying his strength to it. Even as he fought with the lock, the smoke and the heat were rising.”
“They did it. We’re stuck in here,” Helena said, coughing.
Antônio hammered on the wall. “Nasir! Itai! Tadao! Help us!”
“They want to kill us,” Lelê cried, shaking with fear.
Looking intently at Helena, her voice ringing with determination, Shanti declared, “But we’re not going to let them succeed!”
“Get away from the door,” Antônio said, kicking at it.
Hearing Antônio’s call for help, Nasir and Itai had rushed to the door, only to find it locked. Tadao tried the window. “It won’t open,” he said, fearful. “The window’s locked.”
“We can’t get out. What’s happening?” Nasir said, with an edge of panic.
“It’s black magic,” Itai said, trying to help Nasir break down the door.
Just then, an image of the book came into his mind. He ran over to his backpack, still on top of his bed and upended it shaking everything out.
Suddenly there was a loud noise, like an explosion — the door swung open. Flames and gouts of heavy, black smoke poured into the room. The whole hallway was on fire.
Tadao pushed at the window again, but it defied his efforts to open it.
Itai reached for his book. It was illuminated once again. He stood up and held the book with both hands, opening it. A bright light shone forth from the page it had opened on and he saw another name, formed with three Hebrew letters. Seitel, another of the 72 names of God. Itai knew that the Angel Seitel was able to create a protective shield. He closed his eyes, forming an urgent prayer, reaching out to connect with the angel, shutting out the mayhem around him for a few moments. Opening his eyes he gazed at the three letters from right to left for a few more precious seconds. Then he closed the book, replaced everything else in the backpack and hoisted it on his back. He picked up the book, holding it in his right hand. “Grab your backpacks and follow me.”
Nasir stared at him with an expression that clearly showed concern for his sanity “Itai?”
“Follow me,” Itai repeated with certainty.
“What? What do you mean?” Tadao almost shouted.
Nasir took his backpack and positioned himself behind Itai. “May Allah protect us!”
Watching Nasir, Tadao did the same. Itai took the closed book in both hands, pointing it towards the fire, as they approached the door. The book emitted an increasingly intense light. Gradually, a large shield began to form, surrounding the three boys.
“Wow! It’s a light vehicle, a merkaba!” Nasir said, reverently, his gaze locked on the intense white light of the forming shield.
“Incredible!” Tadao said, forming his own silent prayer, Thank you, Lord Buddha.
Steadfastly Itai moved towards the door now engulfed by large flames. He advanced out of the room, into the hallway, the light shield in front of him, and as he moved, he created a clear path, the shield pushing away the flames, heat and smoke. He stopped in front of Shanti’s bedroom door. The wood was charred and blackened and the ancient lock had popped free, leaving the door swinging brokenly. Their friends had crowded at the back of the room, near the window, trying to get away from the thick, choking smoke. “Grab your backpacks! Get behind Nasir and Tadao!” Itai shouted.
“We’re coming!” Antônio said, grabbing his backpack and walking swiftly towards the door.
Lord Ganesha, please open those paths, Shanti prayed, putting all of her faith into the prayer.
Within moments, the three were in place. The light shield began to grow sideways, eventually forming a large cube of light, protecting all of them. They crossed the hall, safe from the flames. As they went down the stairs, they heard the roof collapsing behind them. The reception area had been completely destroyed by fire, but again they passed through the devastation completely shielded from the heat and flames. They reached the door leading to the outside. Itai wasted no time in pulling it open and they poured out of the burning building.
As soon as the last one of them stepped onto the street, the old pension began to collapse, turning into a huge bonfire.

F. T. Camargo is an Italian Brazilian living in Sao Paulo, Brazil. An award winning architect and author, he also studied Arts and Media and has a post degree in Economics and MBA in e-commerce. He is a vegetarian because of his love for all animals and has been deeply involved in causes for their protection and freedom. He is a world traveler adventurer, outdoor sports lover, speaks 4 languages and has published a travel book “Rio, Maravilha!”
For many years he has been practicing yoga and meditation and studying the Kabbalah. His exploration of spiritual teachings motivated a commitment to self-development which in turn created a new path and goal in life. Shanti and the Magic Mandala was born from his inner journey.


Check out the Cover Reveal Event

Source: Thankful Dogs and Me