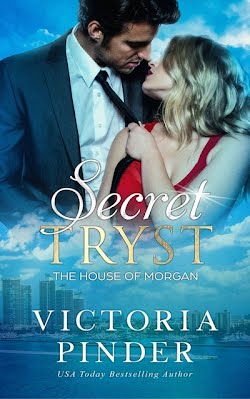 Damien Morgan learned a long time ago that love was just a figment of someone’s warped imagination and good girls simply didn’t exist because women were master manipulators. Nonetheless, he’s happy to wish his brother well when he decides to take the plunge.
Serenity Hanscom is shocked that she’s been invited to the wedding a year after her sister played matchmaker for the groom and had an active role in a plot to murder his sister-in-law. Despite the rather unusual circumstances, Serenity accepts the invitation because it’s an opportunity to mingle with Miami’s elites. But the second she catches sight of Damien, she’s reminded of the horrible events that led to her father’s imprisonment, all because of him. Determined to ignore him, as the evening goes by, she finds herself drawn to him more and more.
Will their plan to stay clear of love backfire on them and instead become the first step to an unexpected happily-ever-after?
Excerpt
This is UNEDITED and will be cleaned up when the book releases in February. This is for sneak peak purposes only!
Once everyone stood up and cheered for the bride and groom’s kiss, Serenity sunk in her seat and tried to hide. Her glass was almost empty but it sounded like the ceremony was finished. She stood and joined the crowd of people clapping their hands. Soon, the yacht would return to shore and she’d run.
The bride and groom walked past her fast. The captain said, “Please wait in your seats for five minutes while we transition to the reception. Waiters will offer everyone a glass of champagne for this short intercession.”
More champagne might help her survive this. She slumped into her seat and held her hand high to signal she wanted a glass. The waiter handed her glass to the man at the end of the row and her neighbors passed it. Once everyone in her row had a glass, the server moved forward and she nodded her head at the people next to her then took a sip. The champagne tasted sweeter without staring at people her sister almost killed or the man that set her father up. Her skin grew goose bumps and the air grew warmer. There was something tasty in the air itself. A second later, Damien turned around and as he stared at her, he winked, “This will be over soon, sweetheart.”
“Don’t be sexist.” She swallowed her sip and took a deep breath. Damien had no right to say anything like that, to her. She turned her nose in the air. “I’ll never be your sweetheart.”
“Relax.” He then motioned for the man next to him to change seats. Without another word to her, he came and sat beside her. “I’m here to make amends.”
“How?” He clicked his glass with hers. She refused to drink and shook her head. “Damien Morgan, that’s impossible. You and I can never be friends.”
“Why?” He raised his eyebrow.
Tonight he insulted her. Years ago he ruined her life and he had no shame about any of it. She sipped her champagne as steel ran up her spine. “I know who you are and how you knew my father.”
He sipped his own glass. “Neither of our father’s were boy scouts, sweetheart.”
“Perhaps I wasn’t clear. Don’t patronize me with the nickname ‘sweetheart.’ It’s insulting.” Her free hand formed a fist at her side. Damien Morgan was the last person on earth to insult her, again. She knew better than to get riled up. She forced her hand to uncurl itself and gulped another sip. In one minute, she could get up with the crowd and lose Damien.
“I’ll happily be your sweetheart.”
“Never going to happen.” Sometimes she wished she was a guy who could tell another to back away and be respected. She folded her hand over her waist. “Forget this conversation.”
“Serenity…”
“Wow.” Her eyebrows both raised as she shook her head. “You do know my name?”
“I should not have insulted you earlier. I’m sorry.”
“Don’t.” Sorry echoed in her ear. If it was anyone else, she’d close her eyes, say a prayer and then wish him well. However Damien wasn’t anyone else, and he had no idea. She finished her drink and then waved for the waiter to get another. Once she had her drink, she squared her shoulders and stared hard toward the now empty altar. “You didn’t know I would walk in on your conversation about me earlier. You didn’t know I remembered you at my father’s house. And for the record, you say what you want about me. I don’t care.”
About the Author 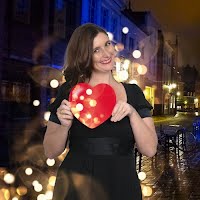 USA Today Bestselling Author, Victoria Pinder grew up in Irish Catholic Boston before moving to the Miami sun. She’s worked in engineering, after passing many tests proving how easy Math came to her. Then hating her life at the age of twenty four, she decided to go to law school. Four years later, after passing the bar and practicing very little, she realized that she hates the practice of law. She refused to one day turn 50 and realize she had nothing but her career and hours at a desk. After realizing she needed change, she became a high school teacher. Teaching is rewarding, but writing is a passion.
During all this time, she always wrote stories to entertain herself or calm down. Her parents are practical minded people demanding a job, and Victoria spent too many years living other people’s dreams, but when she sat down to see what skill she had that matched what she enjoyed doing, writing became so obvious. The middle school year book when someone wrote in it that one day she’d be a writer made sense when she turned thirty.
She’s always been determined. She is amazing, adventurous and assured on a regular basis. Her website is  www.victoriapinder.com.
Contact Links
Website
Facebook
Twitter
Purchase Links
Amazon
Barnes and Noble
iBooks
Google Play
Kobo
Giveaways
Enter to Win a Paperback HERE + Enter Below for a Kindle Fire
a Rafflecopter giveaway

END_OF_DOCUMENT_TOKEN_TO_BE_REPLACED

Ever wondered about the personalities behind your favorite books? Victoria Danann’s new podcast with Riley J. Ford has an incredible lineup of authors booked through the spring. No question is out of bounds. Check it out!

C.M. Stunich is a self-admitted bibliophile with a love for exotic teas and a whole host of characters who live full time inside the strange, swirling vortex of her thoughts. Some folks might call this crazy, but Caitlin Morgan doesn’t mind – especially considering she has to write biographies in the third person. Oh, and half the host of characters in her head are searing hot bad boys with dirty mouths and skillful hands (among other things). If being crazy means hanging out with them everyday, C.M. has decided to have herself committed.
She hates tapioca pudding, loves to binge on cheesy horror movies, and is a slave to many cats. When she’s not vacuuming fur off of her couch, C.M. can be found with her nose buried in a book or her eyes glued to a computer screen. She’s the author of over thirty novels – romance, new adult, fantasy, and young adult included. Please, come and join her inside her crazy. There’s a heck of a lot to do there.
Oh, and Caitlin loves to chat (incessantly), so feel free to e-mail her, send her a Facebook message, or put up smoke signals. She’s already looking forward to it.
Listen on Itunes (Subscribe so you never miss an episode! It’s FREE!)

END_OF_DOCUMENT_TOKEN_TO_BE_REPLACED

THE DOLAN GIRLS
by S.R. Mallery