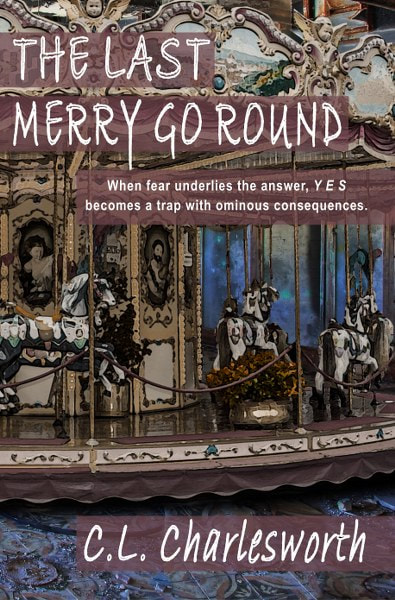 When fear underlines the answer, Y E S becomes a trap with ominous consequences.
There are three letters when put together that can change your life—they can either bring happiness or sadness. The letters spell the word Y – E – S. When spoken lovingly, Y E S means everything. When fear underlies the answer, Y E S becomes a trap with ominous consequences.
For Diane Fletcher, a commitment to Y E S has left her dangling on a tightrope between sanity and insanity. Despite children she loves, and an opulent lifestyle, saying yes to twenty-eight years of marriage with Richard has brought very little happiness.
Too many secrets permeate Diane and Richard’s relationship. Guilt, alcohol, and sedatives are Diane’s safety net when she falls. Regular visits to a psychiatrist have done little more than put Diane back on the tightrope. Richard has other coping mechanisms. He is devoted, and at the same time, severe, ambitious, callous, and vindictive.
How different Diane and Richard have grown together. Raw emotions, unthinkable actions, and an explosive secret threaten any pretense for their marriage.
The Last Merry Go Round peels back the skin of a volatile marriage with dark secrets, revealing what happens to the family when the secrets explode.
Add to Goodreads
Amazon * B&N

Who am I?
I have the gift of imagination and that has been a beacon all my life. I’m fortunate to be able to take a blank piece of paper and create a page turning story that evokes a wide array of human drama. I’m inspired by the simplest–to the most complex challenge a person can face, and with that, derive empathy for my characters. I would best describe myself as a “back porch storyteller”– writing that grabs you from the first sentence.
I have written two books (so far): The Last Merry Go Round and The Ears That Have Eyes. Each book takes a human challenge and hurls the characters against the wall. Whether or not they survive— depends on them.
Website * Facebook * Twitter * Amazon * Goodreads