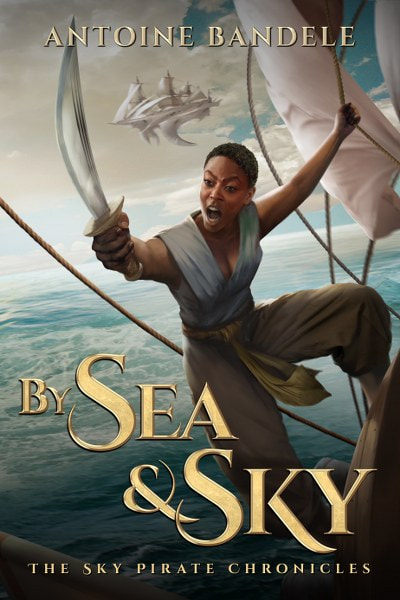 With no magic, no brawn, and no pirate crew, Zala seeks to steal back the one treasure that matters to her most: her husband.
To succeed she needs a ship—and not just any ship, but the latest, secret invention by the Vaaji Empire. An airship.
Zala will have to use her wits to overcome scoundrels and nobles alike on her journey through the clouds.
But if she’s smart enough, she may just have what it takes to save her husband—and go down in history as the first sky pirate.
Delve into a pirate fantasy inspired by the West Indies, The Swahili Coast, and Arabia, where Zala will encounter ruthless raiders, arrogant aristocrats, and imperial secrets.
By Sea & Sky is Antoine Bandele’s sophomore novel, the first in the Sky Pirate Chronicles trilogy, a pirate fantasy.
Goodreads * Amazon 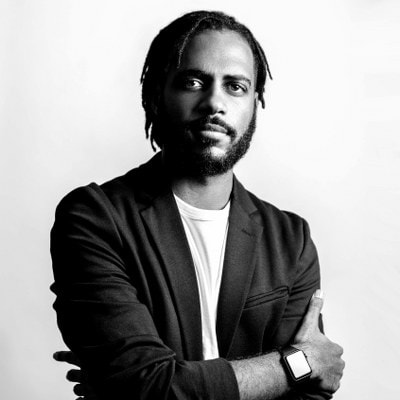 ANTOINE BANDELE IS AN AMAZON BESTSELLING AUTHOR IN AFRICAN LITERATURE.
He lives in Los Angeles, CA with his girlfriend, where he produces work on YouTube for his own channel and others, such as JustKiddingFilms, Fanalysis, and more. During the summer he is a camp counselor. Whenever he has the time he’s writing his debut series: Tales from Esowon.
Website * Facebook * Twitter * Instagram * Bookbub * Amazon * Goodreads