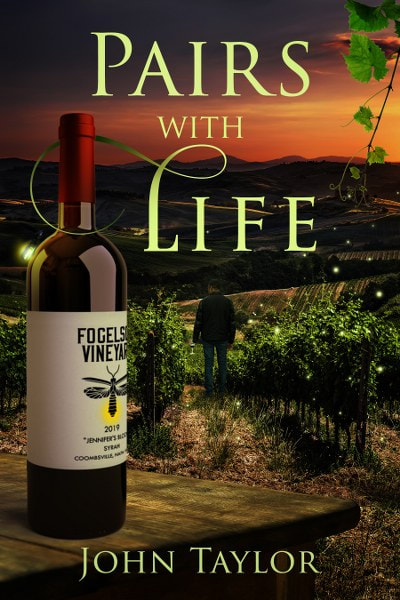 Forty-eight-year-old Corbett Thomas, a one-hit-wonder of the 90s, now works as the lead sommelier at Napa Valley’s hippest restaurant. Set to become one of the few Master Sommeliers in the world, Corbett self-destructs during his final exam, ruining his last chance at capturing the stardom and adoration he got a taste for in his youth.
When billionaire game designer, Brogan Prescott, asks Corbett to consult on a major vineyard acquisition, Corbett sees it as a shot at redemption, until he learns of Brogan’s ridiculous vision of a virtual-reality, Woke Ant Colony Winery. Disgusted, Corbett decides to buy the vineyard himself and preserve its magic and history. Cashless, clueless, and with his reputation in tatters, Corbett enlists the help of his bass-player-turned-lawyer Seamus O’Flaherty, who may have finally lost his stomach for Corbett’s bad ideas; his uber-rational daughter Remy, who wants Corbett to uncork some family secrets he’d rather leave in the cellar; and Sydney Cameron, whose sudden appearance in Corbett’s life may repair his heart or shatter it forever.
With their help-and sometimes despite it-Corbett discovers what Brogan has known all along: a four-billion-dollar gold deposit lies beneath the vineyard. If Brogan acquires the property, the ensuing gold rush will destroy Napa Valley.
But if Corbett can get out of his own way long enough to purchase the vineyard first, he’ll be faced with the hardest decision of his life: take the fame and fortune he desperately craves, or save the soul of the valley he loves so much.
Add to Goodreads
Amazon * B&N * Google * Kobo * Hurn Publications 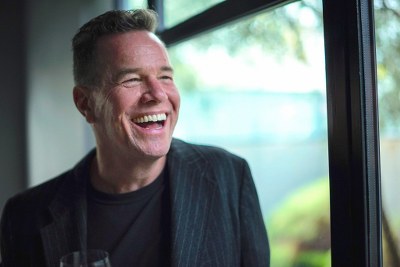 John Taylor has been writing about wine since 2012, but his meanderings on life began way before that. Born and raised in San Diego, California, John moved to Los Angeles in 1982 to pursue dreams of screenwriting and filmmaking. He attended the University of Southern California, where he majored in Shattered Dreams and False Hopes, with a minor in Getting Gut Punched By Reality. After being handed a degree in Journalism in 1987 as a consolation prize, John dove into a career in music. Because getting gut-punched just isn’t painful enough.
By 1996, John and his band, The Uninvited, had produced four independent albums and became one of the most popular acts in the western United States. This lead to a deal on Atlantic Records, which released the band’s self-titled debut album in 1997. The band had two Top 100 hits, and toured nationally with Dave Matthews, Blues Traveller, Third Eye Blind and many other acts. Their music appeared in the TV shows Beverly Hills 90210 and Party of Five, and in the motion pictures The Commandments and North Beach. The band can also be heard in several HBO Documentaries, video games and on that annoying “One Hit Wonders of The 90’s” station your co-worker always plays on Spotify.
In 2001, John’s vast experience in shattered dreams was once again called into play as the band hung up their touring shoes for good. After a brief but horrifying career in real estate, John got wise and made a career out of his favorite hobby – wine – and has held various sales & marketing positions in Napa Valley since 2011. John’s writing career started in earnest at this point, with blogs, essays and short stories appearing in various publications. John is the author of three novels, including the aptly-titled Pairs With: Life, which will be released by Hurn Publications in September 2020.
Website * Facebook * Facebook * Twitter * Instagram
Podcast * Youtube * Amazon * Goodreads

Follow the tour HERE for special content and a giveaway!
$10 Amazon, Signed Copy of Book
a Rafflecopter giveaway
https://widget-prime.rafflecopter.com/launch.js