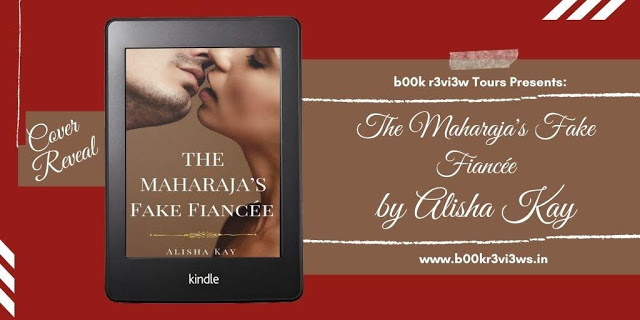 What happens when a free-spirited actress and an uptight Maharaja fake an engagement? 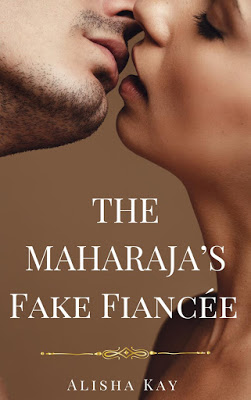 Depending on whom you ask, you either get a match made-in-heaven or a royal disaster.
When Diya Sharma’s meddlesome mother tries to throw her into the arms of a mom-approved suitor, Diya runs the other way. Right into the arms of the most scandal-averse Maharaja on earth.
His Highness Veerendra Singh can recognise a pain-in-the-ass when he sees it. Especially when it falls into his arms.
Even if said pain-in-the-ass has legs that go on for ever and lush lips that just beg to be kissed, Veer doesn’t need another scandalous actress destroying his family’s happiness. So all he wants to do is run in the opposite direction.
But, when a marriage-minded princess sets her sights on him, Veer runs back into Diya’s arms to propose a fake engagement.
When the lines between real and fake start to blur, Diya and Veer need to decide what is important? Long held prejudices or the yearnings of their heart? 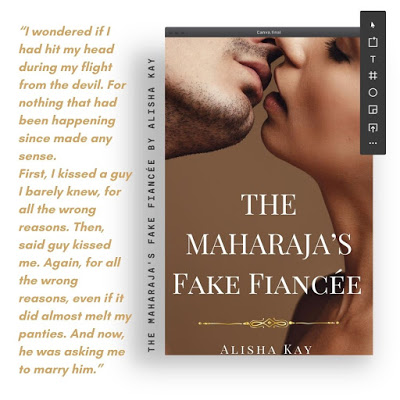 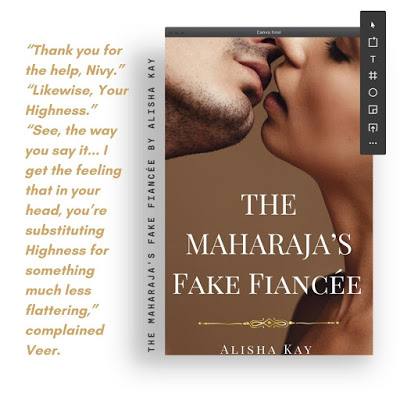 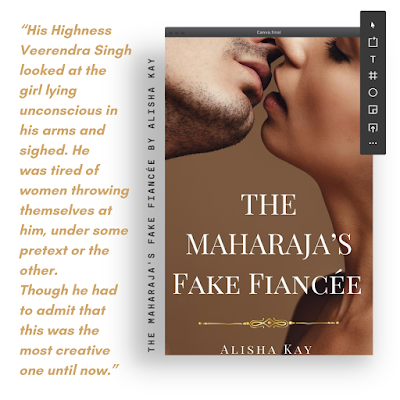 Alisha Kay is a Delhi based writer, who writes romances set in India.

She doesn’t hold with the concept of damsel-in-distress, which is why her heroines are spunky women with a sharp tongue and the ability to rescue themselves. Her heroes are hot men who are woke enough to find that independence irresistible.

A Maharaja of Her Own is Alisha’s first book.