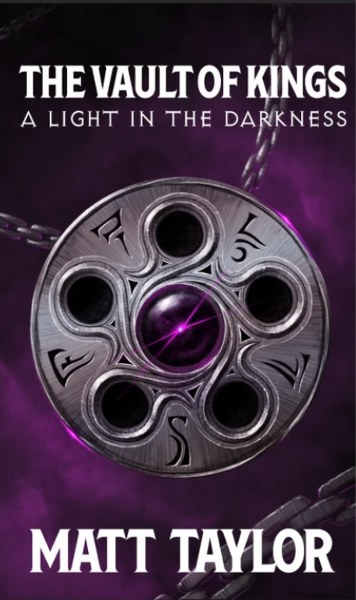 A Light in the Darkness
The Vault of Kings Book 1
by Matt Taylor
Genre: YA Fantasy

For ten years, the dark mage Maelos has shrouded Evendreil in darkness and oppression. With no hope in sight, many are struggling to survive; others pray that their luck will remain. In searching for answers, Sylas stumbles upon an ancient artifact–a mysterious silver amulet–that confirms the reality of the fabled Vault of Kings. Hoping to overthrow Maelos and end his evil reign, Sylas and his companions set off to find the legendary elemental stones of power that are needed to unlock the door to the vault. If they are to succeed in their quest, they must first learn to master the ancient art of Magick in all of its basic forms: Light, Darkness, Water, Fire, Nature, and Air. Then they must pray that whatever secret is contained in the Vault of Kings will be enough to give them the edge that they need to defeat the most powerful dark mage that the world has ever seen.
Goodreads * Amazon 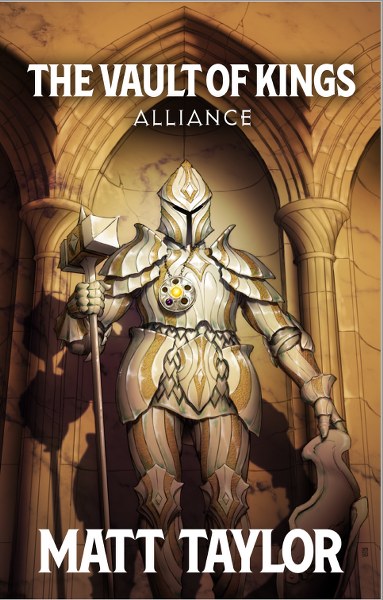 Alliance
The Vault of Kings Book 2

Gelendor has fallen. Darkness has descended once again. Despite the danger, Torren has decided to stay in Gelendor to try and form a secret rebellion while the others make their journey towards Sindmyr, the Capital of Light. Once there, Sylas and Samara will need to convince the King of Sindmyr to join their cause and fight back against the armies of Maelos. To be successful, the two young mages will not only need to continue to master the ancient art of Light Magick, but also uncover an ancient secret that has been hidden away beneath the City of Light for generations. A secret that could prove deadly to any who attempt to wield it. Most importantly, Sylas will need to prove that he is worthy to obtain the Stone of Light and unite it with the ancient silver amulet. With two Elemental Stones of power at his side, Sylas will bring himself one step closer to completing the key to the Vault of Kings. One step closer to unlocking the powerful secret that’s been hidden from the world for over a thousand years. Gelendor has fallen to Darkness, but in the Light…there is still hope.
Goodreads * Amazon 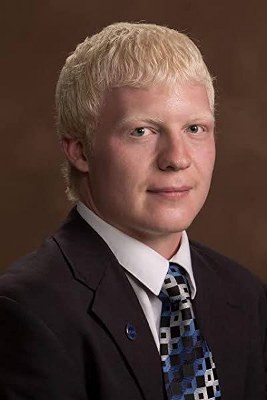 I’m a small town boy from Southeast Idaho. I’ve wanted to share my stories and wild imagination with the world for a long time, and finally decided that now is better than never. I have loved reading fantasy books ever since I was little, but there was always something missing, something that I wished that I could add to the story, to make it mine. Writing a book and putting yourself out there for the world to see is daunting to say the least, but the joy and sense of accomplishment you get from seeing your story out there, for all to read and enjoy is a feeling like none other.
I hope that you will enjoy the worlds of my mind, and take part in the adventures that have been hidden from the world, but are now finally being revealed.
Website * Facebook * Instagram * Amazon