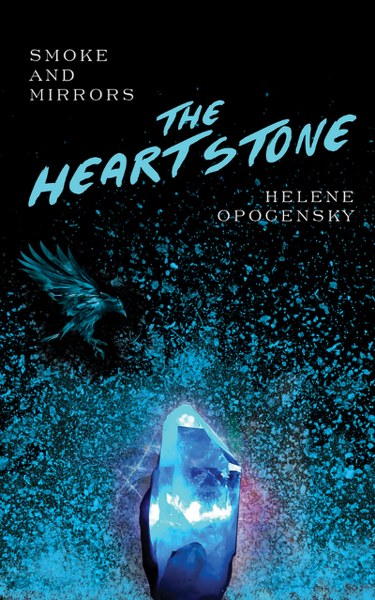 Corbin, a powerful shapeshifting young mage, is just beginning to learn to flex and harness his magical powers. When he hears that a young witch, who doesn’t know that her strangeness is due to magic, has run away for fear of being institutionalized for a second time, he knows that he has to help his friends find her so that she can learn to celebrate what makes her different rather than fear it.
What he doesn’t know is that finding her will snowball him into a position where he again feels obligated to his scheming former mentor, Max Grobian. Nor does he know that Max will, once more, try to manipulate him into betraying her daughter Lorelei, a girl Corbin feels heart-bound to, yet fears to fully love.
Goodreads * Amazon

The Trueheart
Smoke and Mirrors Book 1

How could Corbin possibly do what he was supposed to do?
After Corbin’s mother died, Maxim Moritz Grobian took him, penniless orphan that he was, under his wing and taught him the magic that was their heritage. Corbin owed Max everything, and now Max had given him a mission. Corbin was to bring Max’s estranged daughter to New York. Lorelei was the only one, Max insisted, that could use the Heartstone, a crystal of phenomenal power, to keep mages safe from the Inquisitors that hunted them and allow mages to finally take their rightful place in the world.
A worthy goal, thought Corbin initially, but now that he had actually met Lorelei all he really wanted to do was to run for the hills. Both afraid of hurting her and endangering himself, he needed to stay away from her, not befriend her to do Max’s bidding. Besides, his instructions were more than to just befriend her. He was supposed to make her fall in love with him.
There was no way, absolutely no way he was going to do that – not after what she had told him.
Goodreads * Amazon

Helene Opocensky was born in Germany and immigrated to the United States as a child.
After college graduation, she worked for an insurance company for ten years but, after filing a sex discrimination lawsuit against them, she was hired by her law firm and encouraged to attend law school.
After graduation, she worked for many years in the child support department as an Assistant Attorney General for the State of Connecticut.
Website * Facebook * Twitter * Amazon * Goodreads

Follow the tour HERE for special content and a giveaway!
Print Copies of Both Books ,
$15 Amazon gift card
– 1 winner each!
a Rafflecopter giveaway