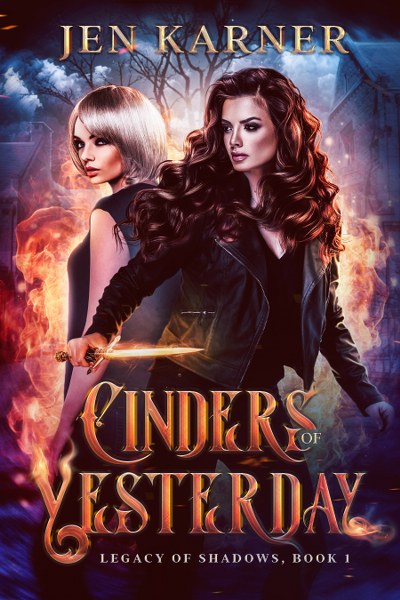 Paranormal Hunter Dani Black wants nothing more than revenge. Until she meets Emilie.
A year ago, the rogue Necromancer Spectre murdered her partner during a hunt gone wrong. She’s been looking for a way to kill him—and keep him dead—ever since.
When rumors of a weapon capable of killing anything surfaces in Dawson, Maryland, she sets out on a mission to get her hands on it. While unraveling a web of clues about her own past, Dani runs into the alluring Emilie Lockgrove, eldest daughter of a magical family inexplicably tied to Spectre.
Emilie Lockgrove survived the catastrophic fire that killed her mother and hospitalized both her and her sister.
Ten years later, she has returned to Dawson, expecting to confront the trauma of her past. Instead, she discovers magic is real, encountering actual ghosts like the necromancer hunting her family for 200 years.
Dani intends to kill Spectre…or die trying. Emilie wants to reclaim her life. To survive, they’ll need to work together to confront their pasts, break the spell capturing Emilie’s magic, and destroy Spectre once and for all.
Add to Goodreads
Amazon * Apple * B&N * Kobo 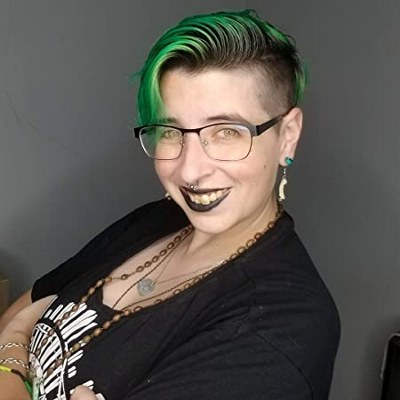 Jen Karner is a queer writer who never attended college but still did the required reading. A feminist banshee, she enjoys horror movies, tabletop games, and debating about her many fandoms. When she isn’t writing, you can find her pretending to catch up on her TBR list, trying to convince her dog to love her best, or watching D&D shows.
Jen was raised in the Baltimore suburbs, where she devoured as many books as possible and spent her afternoons running amuck in the woods. She lives with her nesting partner, their dog, and a growing number of plants.
Website * Facebook * Twitter * Instagram * Bookbub * Amazon * Goodreads * Newsletter 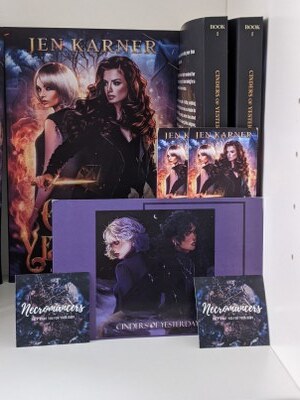 $10 Amazon giftcard (WW)
Swag Pack (US only)
-1 winner each!
a Rafflecopter giveaway