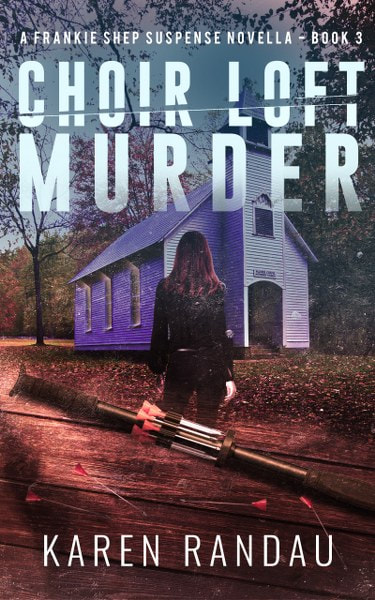 Her fiancé a murderer? As she digs for the truth, she must fight to survive a plot to frame the man she loves.

Frankie Shep has endured too many tragedies in her life. When she finally dares to love again, a revengeful plot threatens to cancel her wedding plans and send her fiancé to death row. But this feisty modern-day rancher won’t stand for it.

A member of the church choir dies from a blowgun dart to a vital artery, and the murder weapon implicates Quint. Frankie is shocked to discover Quint was a champion blowgun competitor but quit the sport after a family disaster. And now he’s refusing to talk about his fate.

So she takes it on herself to track down the killer before Quint accepts a life-altering plea deal. She’s devastated when she unearths his motive for the crime. But someone else lurks in the shadows, and that’s who she’s determined to find. Little does she know the killer follows her every move, ready to strike her down when she gets too close.

Can she unravel the vindictive plot before she becomes a crazed killer’s next victim? 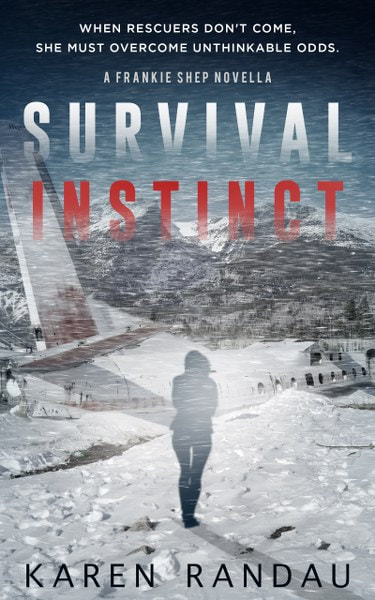 When rescuers don’t come, she must fight to save herself, a toddler, and a dog from unthinkable odds, but a mass murder wants to make them his next victims.

Frankie Shep’s secret has haunted her since the deaths of her husband and young son. Just when she thinks her life is back on track, tragedy strikes again. Her flight crashes on a lofty peak in Colorado’s Rocky Mountain National Park. She has no food, water, or shelter in arctic conditions. She awaits certain death.

Instinct kicks in when she finds the only other survivors, a toddler and a small dog. She taps into skills she learned as a child to overcome unspeakable odds. But the guy who crashed the airplane will do anything to guarantee that all witnesses perish.

Can Frankie save her troupe and find redemption she seeks? Or will her secret die with her when they become the killer’s next victims? 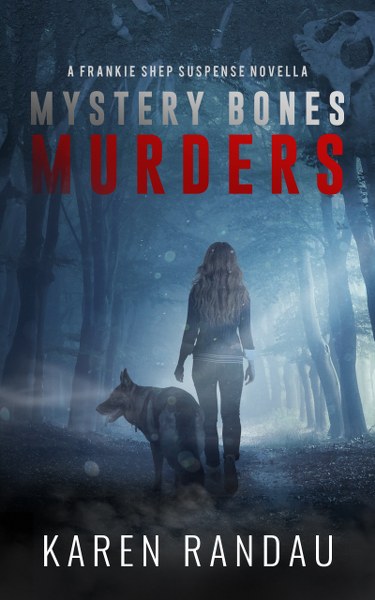 A stalker terrorizing her land. When dead bodies link to her past, can she survive a plot to destroy her future?

Frankie Shep holds a shameful secret close to her heart. Plagued by guilt over her husband and son’s deaths, the feisty modern-day rancher isolates herself with just her animals for companions. But she’s shocked when a human bone exposed during a storm reveals evidence of a brutal seventeen-year-old crime.

As her nightmares become a harsh reality when more gruesome remains surface, Frankie starts to track down a shadowy serial killer after discovering her father is missing. And she fears a looming threat is right at her back door, ready to strike her down.

Can she dig up the truth before she’s buried deep in a lonely grave? 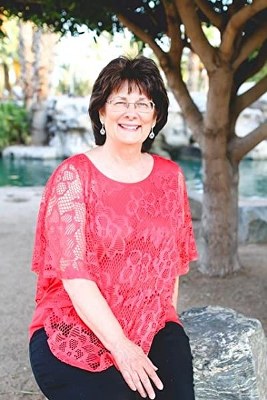 Karen Randau authors fast-paced mystery, thriller, and suspense books, including the Frankie Shep Suspense Novella series, Rim Country Mysteries, and Deadly Reception (a stand-alone novella as one of seven of the Tawnee Mountain Mysteries box set written by best-selling and award-winning authors). Her Rim Country Mystery novel, Deadly Payload, was a finalist in the Book Excellent Awards and the Beverly Hills Book Awards.

She’s a lifelong writer, both for fun and as a professional in marketing communications. She retired in 2018 from the international relief and development organization Food for the Hungry, where she frequently blogged about topics related to social justice and poverty. She holds a degree in journalism/public relations. A native of the southwestern U.S., Karen lives with her husband in Arizona.