Once Upon a Duchy Book 3 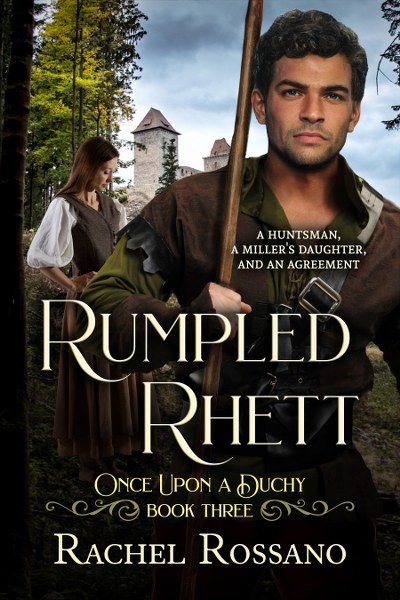 Once Upon a Duchy Book 3

Rhett is a Huntsman, skilled, secretive, and mysterious. A wanted man, he spends his life on the move. His sole retreat is the outskirts of an isolated village in the northern reaches of the duchies. Then one fall, he arrives to find his hovel burned to the ground and the village reeve offering a new arrangement.

Catherine knows her father, the village miller, only cares about what she can bring him. The latest scheme of marrying her to the Huntsman is not the miller’s first attempt to sell her. Cat’s dread wanes when she meets the Huntsman. There is something honorable about him, and he treats her with respect, unlike her father or brother. Perhaps she can escape her father’s influence forever.

Despite his suspicions, Rhett agrees to the deal and frees Cat from her father’s tyranny, at least for a time. But can he protect her when enemies from his past catch up to him?

Rachel Rossano is a happily married mother of three children. She spends her days teaching, mothering, and keeping the chaos at bay. After the little ones are in bed, she immerses herself in the fantasy worlds of her books. Tales of romance, adventure, and virtue set in a medieval fantasy world are her preference, but she also writes speculative fantasy and a bit of science fiction.