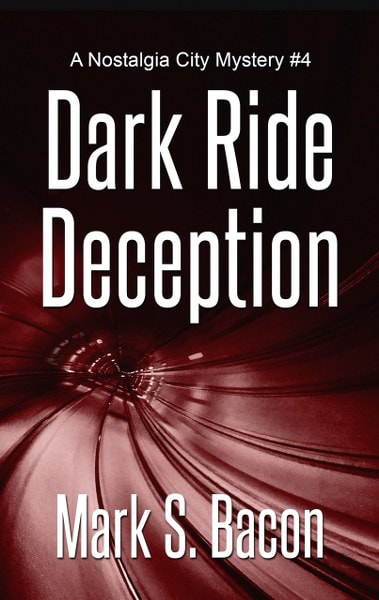 Is Tom Wyrick Dead? The computer genius is missing. So are his priceless tech secrets. Time for Lyle to go undercover again.

Tom Wryick’s mind-bending technology will rocket Nostalgia City theme park decades ahead of the competition. But the computer genius is missing. So are his secrets. Is he dead? On the run? His billion-dollar, breathtaking discovery is the Perception Deception Effect.

An FBI agent theorizes the People’s Republic of China is responsible for the disappearance.The Nostalgia City CEO, however, is convinced a rival theme park is behind the theft. He drafts ex-cop turned theme park cab driver Lyle Deming to fly to Florida to find the missing computer scientist and recover his secrets.

Does this have anything to do with the severed human finger Lyle finds in his cab?

Back in Nostalgia City, park executive, 6’ 2” Kate Sorensen, a former college basketball star, is persuaded to investigate the death of an actor starring in a Vietnam-era crime movie being filmed at the Arizona park. Nostalgia City is a meticulous re-creation of a 1970s small town.

Shrugging off jet lag, anxiety, and oppressive Florida humidity, Lyle goes undercover using a parade of false identities to snoop behind the scenes at another theme park’s engineering and computer offices. He’s forced to jump from one covert scheme to another as his identity is exposed, his safety jeopardized.

In the meantime, Kate confronts a mentally unstable actor—fresh out of rehab. But she may be forced to give up the murder case—Lyle needs help.

Kate and Lyle have little time to explore their nascent romantic relationship as both their investigations turn deadly, threatening them and the future of Nostalgia City.

* * *
“Mark S. Bacon’s well-told mystery is clever, smooth, and intriguing, with a reluctant detective who has just the right touch of self-deprecating humor. The author’s wry wit and engaging voice will keep you turning the pages of Dark Ride Deception until the very last satisfying twist.”

***Recommended: Death in Nostalgia City, the first book in this series, was recommended for book clubs by the American Library Association. 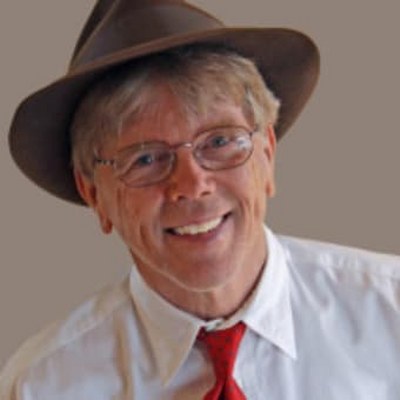 Mark S. Bacon began his career as a Southern California newspaper police reporter, one of his crime stories becoming key evidence in a murder case that spanned decades.
After working for two newspapers, he moved to advertising and marketing and became a copywriter for Knott’s Berry Farm, the large theme park down the freeway from Disneyland. Experience working at Knott’s formed part of the inspiration for his creation of Nostalgia City theme park.
Before turning to fiction, Bacon wrote business books including “Do-It-Yourself Direct Marketing,” printed in four languages and three editions, named best business book of the year by the Library Journal, and selected by the Book of the Month Club and two other book clubs. His freelance feature articles have appeared in the Washington Post, Cleveland Plain Dealer, San Antonio Express News, Orange County (Calif.) Register, Denver Post and many other publications. Most recently he was a correspondent for the San Francisco Chronicle.
“Dark Ride Deception” is the fourth book in the Nostalgia City mystery series that began with”Death in Nostalgia City”. The first book introduced ex-cop turned cab driver Lyle Deming and PR executive Kate Sorensen, a former college basketball star. “Death in Nostalgia City” was recommended for book clubs by the American Library Association.
Bacon is the author of flash fiction mystery books including, “Cops, Crooks and Other Stories in 100 Words – Revised Edition”.
He taught journalism as a member of the adjunct faculty at Cal Poly University – Pomona, the University of Nevada – Reno, and the University of Redlands. He earned an MA in mass media from UNLV and a BA in journalism from Fresno State. 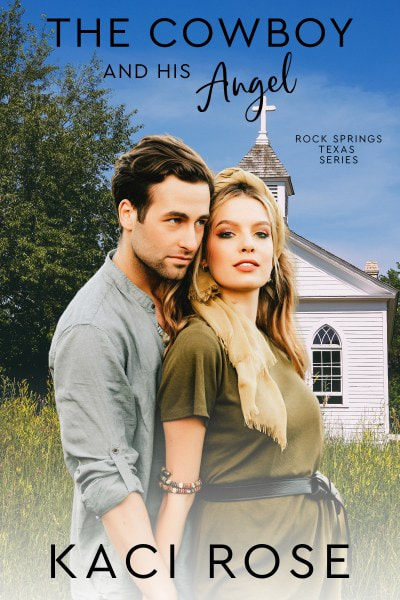 The Cowboy and His Angel

After the death of my parents, I made it my mission to honor their memory by living the life they would have wanted for me. Helping others. Pursuing my career goal of becoming a midwife. Settling down with a nice guy. Unfortunately, as much as my parents would love the guy I’m currently dating, I feel exactly zero chemistry with him. To distract myself from that headache, I’ve opted to visit some freinds in Rock Springs and help out with the church’s annual carnival. Pastor Greg is as cute as they come, but a man of God seems off limits for dating prospects…

Knowing I’m single has prompted every member of my congregation to try and set me up with any and all available ladies they know. It had become common practice for me to politely decline, and suggest they invite them to attend service instead. Yet when Abby volunteered to help with the carnival arrangements she instantly caught my eye. I didn’t intend to kiss her on top of the Ferris Wheel, but the moment seemed right.

Confused by her own feelings, Abby bolted. Can I convince her to follow her heart? Or will she choose the path she believes would have made her parents happy?

Come meet the small town of Rock Springs Texas with a family that has your back, a town that knows your business, and men who love with everything they have.


This is a Steamy, Small Town, Cowboy Romance. No Cliffhangers.
This is Book 9 in the Rock Springs Texas Series.
As always there is a satisfying Happy Ever After.
If you love steamy romances with insta love, hot love scenes, small towns, and cowboys, then this one is for you. 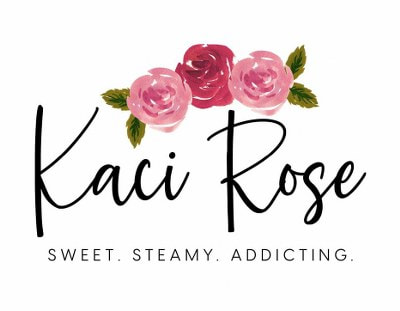 Kaci runs on coffee, chocolate, and Oreos. She loves her book boyfriends with tattoos, muscles, beards, and a little dirty.

Kaci loves romance books and has been jotting down ideas since she was in high school and is now putting the ideas down on paper. She believes in satisfying, happily ever afters with a lot of steam on the way.

She was born and raised in Southwest Florida but is wholeheartedly a mountain girl. She has been reading as many books as she could get her hands on since grade school and loves to travel when she gets the chance.