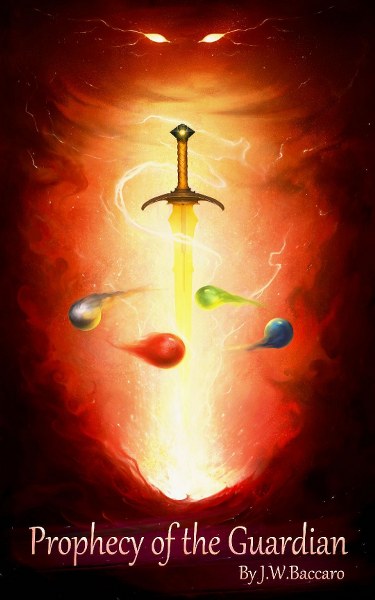 Prophecy of the Guardian

“Not darkness, not light, perhaps something in between, and is claimed by the darkness…as theirs. Though being saved by the light, that which is saved must in turn save the world…”

Darshun Luthais has never experienced the Nasharin Frenzy—the unbending will to challenge a stronger opponent, no matter the cost. He doesn’t know what he will transform into, has never bonded with an elemental crystal and has never seen any of the unearthly creatures his father talks about. Even though he’s an infant in Nasharin years, his life consists of nothing but constant training, striving to unlock the sleeping power his so-called accursed race is born with.

But all that changes when he is pursued by a Dream Assassin in the dead of night. What he witnesses will forever change his outlook on life and lead him on a quest only the strongest can complete. 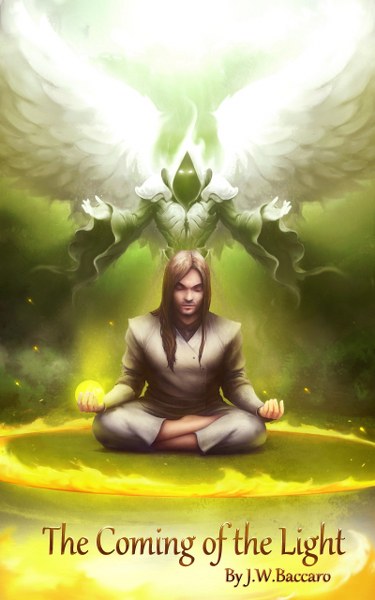 The Coming of the Light

The Wizard Crystals of the Elements have fallen into the hands of the Demon Lord Abaddon, reshaped to evil and forever corrupted they no longer can serve the Light. Abaddon now patiently waits in his northern kingdom for the coming of Saruinkai—the evening when the greatest spirits of Darkness rule the skies, and when he will unleash the power of the crystals against their own elements, sweeping destruction across the earth.

The Light’s hope now lies in the young Nasharin warrior Darshun Luthais—the chosen Guardian, for he is the key to stopping Abaddon’s black magic and end the war once and for all. But to do so he must cross over into Abaddon’s kingdom, and that means destroying the one who guards the border, a fallen angelic Throne—the secret to Asgoth’s three-hundred-year Rule and invincibility.

Led by the elvish lord Caelestias, Darshun and his companions must seek out and destroy the Throne, encounter a witch, and a horde of other vile creatures, only to stir up the entirety of Asgoth, coming face to face with them, a battle that will determine the fate of the world.

“…a sign to tell this overruling darkness that the Light is coming. Let them be the ones to try and pass through us for once. Their ungodly Rule and ways of cruelty has gone on far too long. Let them feel the terror they love to inflict in others…just this once…” ~Darshun Luthias~ 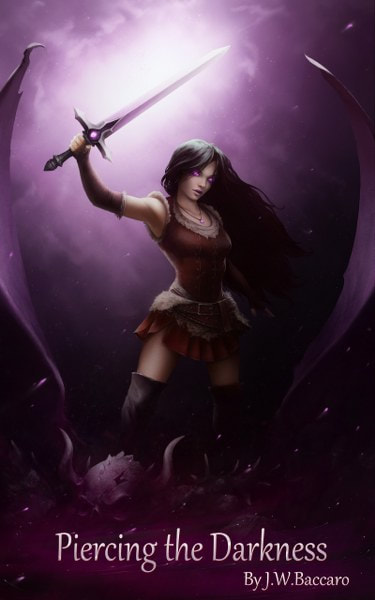 While the Demon Lord Abaddon prepares to cast the Spell of Destruction and wipe out the glories of the earth for his own void of evil, Darshun Luthais, after a long oppressive journey, attempts to eradicate the source of his dark magic, the sacrificial Unholy Altar. But when the Dragon Gods unleash their barricade of fire the Delibious—a mystic realm of darkness, flames and witchery—Darshun must find a way through without tearing his soul from existence and save the earth from the coming annihilation. 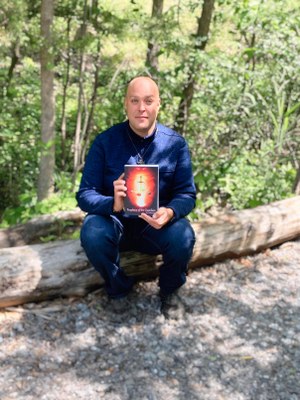 J.W. Baccaro is the author of Prophecy of the Guardian and Blood Dreams. Always a lover of creativity, from works of literature to writing music with his electric guitar; even baking and cooking. When not working on his next story or lost in a good book, J.W. enjoys kicking back with a couple of tasty craft beers and binging on Kaiju movies, 80’s action flicks, Japanese animation and slasher films (particularly the one involving a hockey mask). Heck, he even enjoys a good romantic comedy. He lives in upstate NY with his wife Melissa, his son Alexander, his German Shepherd and his three cats.

Print Set of The Guardian Trilogy (US Only),

3 thoughts on “Prophecy of the Guardian”