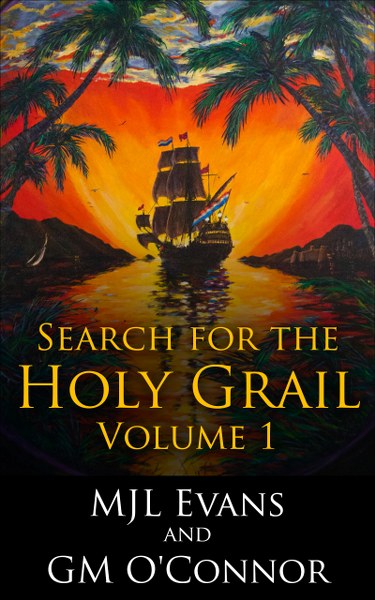 Search For the Holy Grail

Volume 1 of 3
Hanover is under attack, which propels the countess Aurora of Calenberg and her handmaiden, Helena Braunschmidt, on a mission of survival. The Holy Grail sets sail only to be pursued by the worst pirates and cutthroats in the Caribbean.

Series Description
Every pirate in the Caribbean is searching for The Holy Grail—a ship carrying the treasury of Hanover and the countess Aurora of Calenberg, suspected of orchestrating the theft. Prinz Maximilian will stop at nothing to catch her and regain the fortune, even if it means following her into the deepest, darkest recesses of Samaná Bay. With pirates and cutthroats at every turn, will she be reunited with her handmaiden, Helena and her portrait painter, Dodo? Aurora’s only solace is in a bottle of Cognac with a chaser of coca-leaf powder in this vibrant, fast-paced chase through the Caribbean. 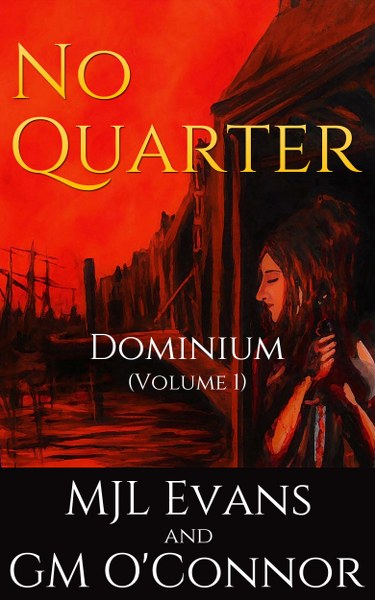 Ye All Are Warned – be gone if you abhor sex, foul language, crude humor, and beaky parrots.
Released for the first time with illustrations!

Volume 1 of 6 begins in 1689 Port Royal, Jamaica with Atia Crisp and her sister Livia shipwrecked and sold into slavery. They are separated and Atia is used as a pawn in a deadly card game at the Swiftsure Tavern until she is liberated by sugar merchant Capitaine la Roche. Hunted at every turn, they take refuge at Cherry Red’s Boutique (brothel) and meet up with allies including the medication loving Dr. Strangewayes.

Series Description:
1689 Port Royal, Jamaica. Atia Crisp and her sister Livia are shipwrecked and sold into slavery. They are separated and Atia is used as a pawn in a deadly card game at the Swiftsure Tavern until she is liberated by sugar merchant Capitaine la Roche. They take refuge at Cherry Red’s Boutique (brothel) and meet up with allies including the medication loving Dr. Strangewayes.

Capitaine la Roche (also known as the pirate, Gator Gar), has a past stained with blood and grief. La Roche works with a network of friends and allies including local strumpet, Cherry Banks, Theodore Binge the card shark and the kindly, Dr. Strangewayes. Soon after Atia and la Roche are ushered away to safety after a mysterious outbreak of scarlet fever wreaks havoc on the city.

Within the luxuriant tropical confines of Dr. Strangewayes’s plantation at the foothills of the Blue Mountains, bonds of friendship are formed and the fierce love between Atia and Capitaine la Roche becomes absolute.

However, nowhere is safe as spies seek out both Atia and la Roche for the bounties on their heads.

Neither of them can escape the shadows of their former lives. Their journey leads them to an inevitable conflict that threatens their world, but inches them closer towards freedom. 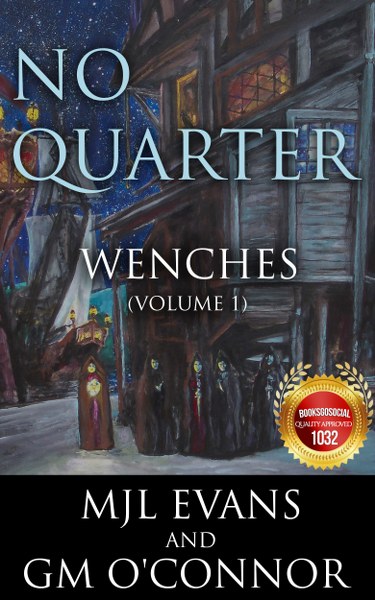 Released for the first time with illustrations!

The adventures from No Quarter: Dominium continue with wenches!

Volume 1 of 5 begins in 1689 Port Royal, Jamaica, where Atia Crisp is imprisoned, awaiting trial, while refugees from Strangewayes’s plantation seek their new home. Guided by Capitaine la Roche, they face pursuit by the pirate hunter Big Dick and the perilous terrain of Bocas del Toro. Their future home of Sérénité hangs in the balance, complicated by the outbreak of war with France.

Behind every successful pirate is a cunning wench!

In 1689, Atia Crisp finds herself imprisoned in the wickedest city on earth, Port Royal, Jamaica, while the refugees from Strangewayes’s plantation in the Blue Mountains are on the run and seeking a new home, deep in the Caribbean. Captain Jean-Paul la Roche must get them to safety and find a way to liberate the woman he loves while waging a war against the English with the pirate Laurens de Graaf.

While besieged people suffer and starve, a group of women form a secret and illegal society deep from within the bowels of the city called: Wenches. A network that deals with smugglers, merchants, cutthroats and thieves. Dragged into the struggle for supremacy of the Caribbean, the women are divided and find themselves engulfed in bloodshed. The pirates of Port Royal and former enemies may be their only hope of escape.

This edition was awarded the gold quality mark by BooksGoSocial, their highest award. 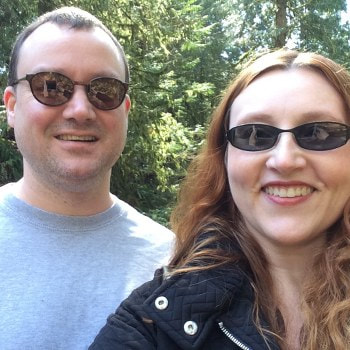 MJL EVANS wanted to be a writer since she was ten years old and in 2014 she finally got her act together and pursued her dream. She is the author of No Quarter: Dominium, No Quarter: Wenches, and Search for the Holy Grail. A huge fan of Monty Python, Red Dwarf, and other BBC shows, her time is devoted to acrylic painting, photography, catering to her senior cat and of course, writing.

You can connect with MJL Evans on Instagram at @mjlevans or meganjlevans@gmail.com

GM O’CONNOR is a huge movie fan, writer and visual artist. A lover of sci-fi and history, half his brain lives in the 17th century while the other half sails perpetually through space. He is the author of No Quarter: Dominium, No Quarter: Wenches, and Search for the Holy Grail. He hopes to one day bring the No Quarter Series to film and/or graphic novel format.

You can connect with GM O’Connor on Twitter at @gm_oconnor or noquarterseries@gmail.com

ebook copy of No Quarter: Dominium (The Complete Series),

ebook copy of No Quarter: Wenches (The Complete Series) 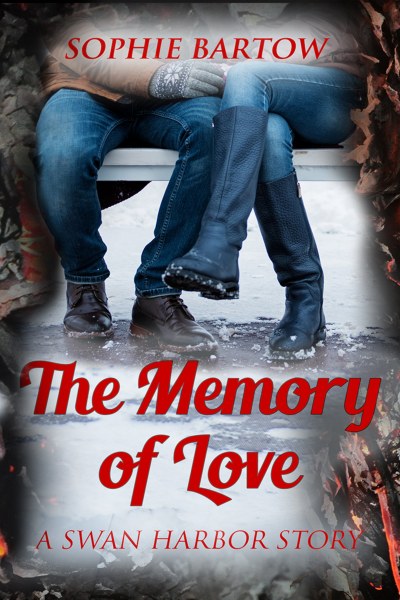 The Memory of Love

Book One of The Mountain View Trilogy

In Swan Harbor, sometimes questions …
are every bit as dangerous as answers …

Sadie and Gray Hunter had their happily ever after—then lost it in a tragic accident. Now, Gray’s left with no memory of the past few years …. or of his loving wife….

Meanwhile, Captain Jack has problems of his own. He knows something is wrong with him. But is the problem with his body, or his mind?

Sheriff Dylan Prince, on the other hand, knows exactly what his problem is. He’s got a serial killer on the loose in his small town, and he won’t rest until the culprit is behind bars.

Can Sadie and Gray find their way back to each other? What does the future hold for Captain Jack? Will Sheriff Prince find the killer, or become the next victim? 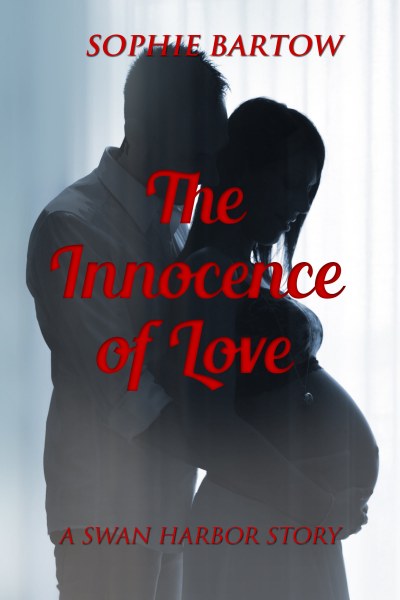 The Innocence of Love

How far would you go to save your happily ever after?

Molly Prince is looking forward to the birth of her twins. Then an incident at school brings back memories from her past. Her offer to help inadvertently puts lives in jeopardy.

Dylan Prince would do anything to protect his family. As Sheriff, he’s pulled into the middle of the serial killer case. The appearance of damning evidence forces him to make a difficult choice.

Captain Jack has questions. Even more so, when one set of remains leads to him.

There’s a killer on the loose, and no one is safe. Will Molly’s past control her present? Can Dylan live with his decision? Are the answers Captain Jack learns acceptable?

With their happily ever after in jeopardy, they must put their trust in others. Even if it puts their hearts and their lives on the line…


Welcome to Swan Harbor
The Innocence of Love is Book Ten in the Contemporary Romantic Suspense from Swan Harbor Series. Each novel stands alone with a guaranteed happy ending, but threads from secondary stories weave throughout. Download today and enjoy your stay in Swan Harbor. 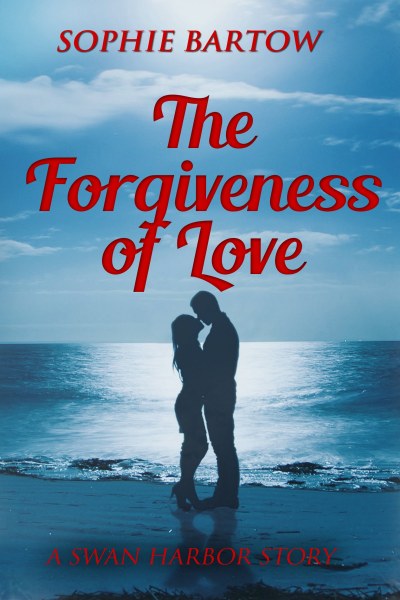 The Forgiveness of Love

A tangled web.
A shattered heart.
A healing touch.

Eden Fowler learns news that shatters her heart into a million pieces. Hounded by the press and surrounded by secrets, she must find answers and heal. Just when she thinks all hope is lost, Quinn steps into her life.

Quinn Jones traveled the globe investigating and writing stories that captured his fancy. At his brother’s engagement party, Eden, and the mystery around her, catch his attention. Suddenly, the idea of roots, and what a home is, takes on a new meaning.

As they work to expose the unknown, even more disturbing information is unearthed, putting their lives at risk. Can Quinn find the answers and convince Eden to step out onto the ledge with him? Or will her heart forever be broken when the truth is finally revealed?

If you fight, your dreams can become your reality.

The Forgiveness of Love is Book Twelve in the Contemporary Romantic Suspense from Swan Harbor Series. Each novel stands alone with a guaranteed happy ending, but threads from secondary stories weave throughout. Grab a chair, open your book, and come meet my friends. 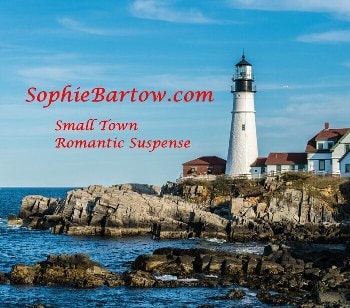 Hi, my name is Sophie and I am a hopeless romantic. Whether it’s in books, television or movies, give me a man who’s a little flawed and a strong woman and I will sit back and enjoy the romance. Television shows such as Days of Our Lives, Scarecrow and Mrs. King, Remington Steele, Lois and Clark, Buffy, Lucifer, Bones, Timeless, A Discovery of Witches and Once Upon a Time had/have couples that make me swoon.

I’m a married, mother of four with a dog, three cats and a few saltwater fish. What that means is, I have had a very busy household for the past 20+ years. But now that my twin daughters are seniors, I am searching for my next adventure.

My muse really stirred to life a few years ago when I watched a lost girl fall for a lost boy. I started honing my skill with fanfiction, but then a fictional town popped up and the residents want their stories told.

For me, a story is a journey that begins with an inspiration. So, grab a chair and join me in Swan Harbor, Maine. We’ll take a tour of the town and meet a few characters. It’s going to be a wild year. I hope you enjoy.