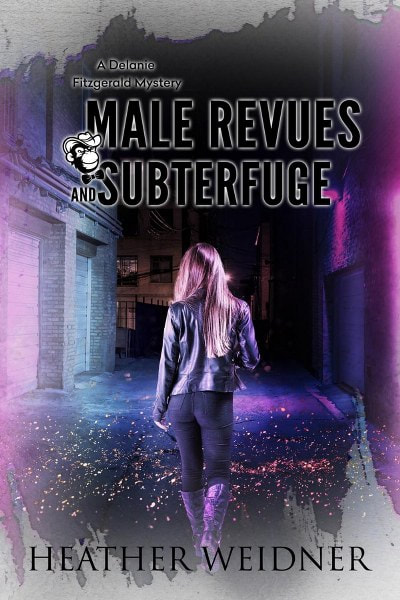 Sleazy strip club owner, Chaz Wellington Smith, III is at it again with an all-male revue called the Cheeky Monkey, catering to girls’ nights out and bachelorette parties. Recently, his new venture has been plagued with annoying pranks that have turned costly, and of course, private eye Delanie Fitzgerald is the one he calls to find out who is center stage for all the mayhem.

In this fast-paced mystery, Delanie and her computer savvy partner, Duncan Reynolds, are hired to uncover the culprit who ordered five hundred mattresses for Chaz’s new club, the origin of a creepy, child-sized cowboy doll, and the instigator of rowdy mob protesting false claims of human trafficking. And if Chaz’s problems aren’t enough, Delanie has two attractive men vying for her attention and distracting her from signs of impending danger.

The team from Falcon Investigations has to connect the dots before it’s lights out for Delanie, and someone closes the curtains on Chaz’s new business. 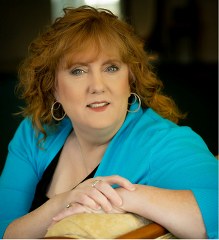 Male Revues and Subterfuge is Heather Weidner’s fourth novel in the Delanie Fitzgerald series. Her short stories appear in the Virginia is for Mysteries series, 50 Shades of Cabernet, Murder by the Glass, and Deadly Southern Charm. Heather also writes the Jules Keene Glamping Mysteries and the Mermaid Bay Christmas Shoppe Mysteries (2023).

Originally from Virginia Beach, Heather has been a mystery fan since Scooby-Doo and Nancy Drew. She lives in Central Virginia with her husband and a pair of Jack Russell terriers.

Through the years, she has been a cop’s kid, technical writer, editor, college professor, software tester, and IT manager.

One thought on “Male Revues and Subterfuge”