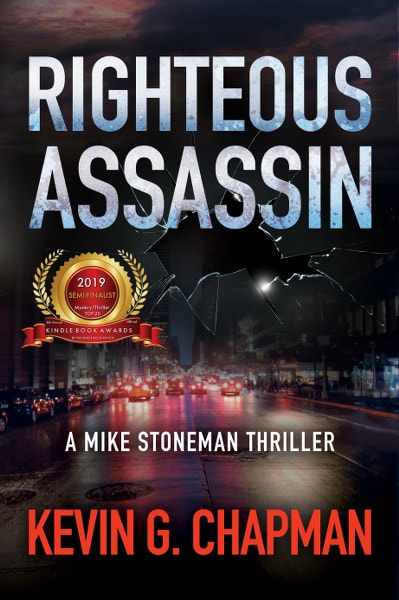 ” Move over Harry Bosch, there’s a new guy in town. . . . Detective Mike Stoneman can match wits with Harry any day of the week.” — Authors Show Linda

A MOB BOSS IS EATEN ALIVE BY TIGERS AT THE BRONX ZOO. . . .That was the fourth unsolved murder in four months – each on the last Saturday. The other three were even more unusual . . . .Could they be related? The victims share no similar traits and have no connections. Why would a single killer choose such strange and disparate methods? Why spread your victims across all of New York?

Each new murder adds a piece to the killer’s jigsaw puzzle, but unraveling the clues and finding the killer’s pattern may not be enough to catch himNYPD homicide Detectives Mike Stoneman and Jason Dickson have to stop the elusive killer before he completes his decathlon of death. And, they have to deal with an FBI profiler, who has been called in to help. Mike must also avoid being distracted by Medical Examiner Michelle McNeill, who seems to be on his mind a lot lately. She’s an asset to the investigation, but is this any time to be starting a romance?

The task force is racing against the calendar. Only one thing is certain – on the last Saturday of the month, there will be blood. 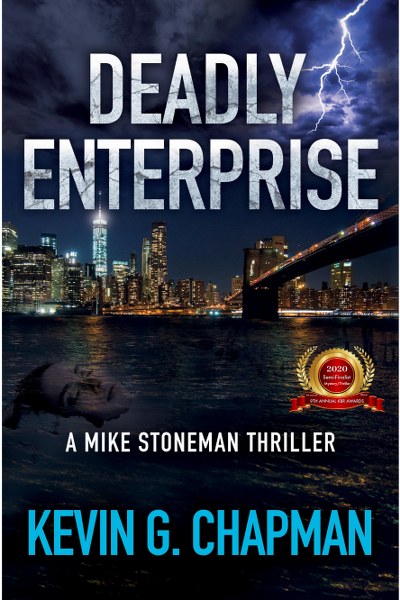 “This is a stellar follow up to Righteous Assassin. The pacing is perfect and the character interactions are authentic and entertaining. With a tight plotline and plenty of action, this is indeed an excellent crime thriller. Can’t wait to read more of Stoneman’s cases. Highly recommend!” – Anna Willett, award winning horror and suspense author


WHO IS THE DEAD GIRL THEY FISHED OUT OF THE EAST RIVER?

Is she just a drug-addicted hooker? Medical examiner Michelle McNeill thinks it’s a murder, and NYPD Homicide detective Mike Stoneman agrees. When Mike and his partner, Jason Dickson, start to dig into the case, they run into unexpected obstacles that point in a disturbing direction.

In order to uncover the truth, Mike and Jason must go outside the lines and risk their own reputations, jobs – and lives. This case is one that Mike can’t walk away from, no matter how much he wants to.

Harry Bosch fans will love this fast-paced police thriller from award-winning author Kevin G. Chapman. Book #1 in the Mike Stoneman Thriller series, Righteous Assassin, was named one of the top 20 Mystery/Thrillers of 2019 by the Kindle Book Review. The series continues here. 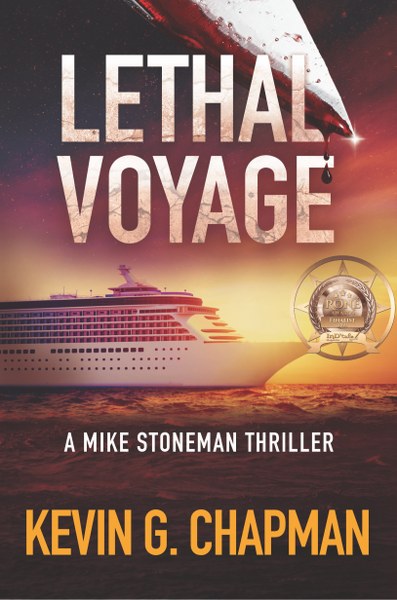 A DEAD BODY can ruin a vacation. . . .
It was a suicide, wasn’t it? . . . Maybe the on-board production of Chicago isn’t the only place people are getting murdered!


NYPD homicide detective Mike Stoneman and medical examiner Michelle McNeill just want a relaxing cruise. But, Michelle is convinced that there is foul play at work in the death of a Broadway talent agent’s wife.

The ship’s head of security wants to keep it quiet. But, how many bodies can he cover up during one sailing? When it looks like Michelle might be the next victim, Mike needs to find the killer and keep Michelle alive for the end of this Lethal Voyage.

“Move over Harry Bosch, there’s a new guy in town. Detective Michael Stoneman can match wits with Harry any day of the week.” — – “The Authors Show”

Don’t miss the next installment in the Mike Stoneman Thriller series! 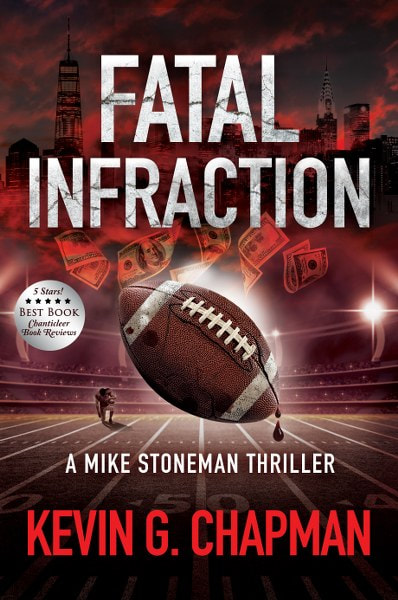 He took a knee for social justice. Now he’s dead. Controversial quarterback Jimmy Rydell’s body was found naked – on the Central Park carousel. Who killed him? How did he get there two days after he disappeared? . . . And why was the body frozen? Jimmy’s team just wants to move on, after collecting on the $20 million insurance policy. Jimmy’s teammate – the one who threatened to kill him – swears he wasn’t there. Jimmy’s bodyguard had the night off. Somebody is going down for this if NYPD homicide detectives Mike Stoneman and Jason Dickson can find a theory that explains all the bizarre facts. They just hope the case doesn’t tear the team, and the City, apart first. 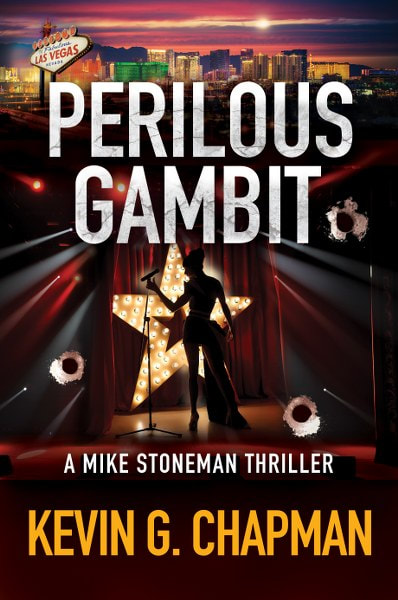 A Las Vegas murder mystery from Kevin G. Chapman, winner of the 2021 Kindle Book Award. “The narrative’s pacing is outstanding, its tautly written plot is full of surprises. . . . In the end, readers are left with a heart-pounding nail-biter keeping you on the edge of your seat.” — BookPleasures.com

A murder can sure put a damper on a Vegas wedding party.

An unexpectedly hurried marriage in Las Vegas was not what Jason and Rachel planned, but circumstances made it their best option. At least Rachel would have her brother, Jackie, there for the happy occasion. Jason had to find out eventually that Jackie is a drag performer. That surprise turns out to be the least of Rachel’s worries.

When the star of the drag show is murdered and Jackie is accused of the crime, Jason and his partner, Mike Stoneman, find themselves out of their jurisdiction and all-in on a complex case that stretches from Nevada to New York to South Dakota and back again. When somebody tries to kill Jackie, being arrested and having to miss the show take a backseat to staying alive.

All this excitement could scuttle the wedding – and could get them all killed – unless Mike and Jason figure away to take the heat off of Jackie and convince the killers they’ve made a terrible mistake. But they are not taking no for an answer, and Mike has to risk everything on a gamble that could save the day – or end in tragedy. 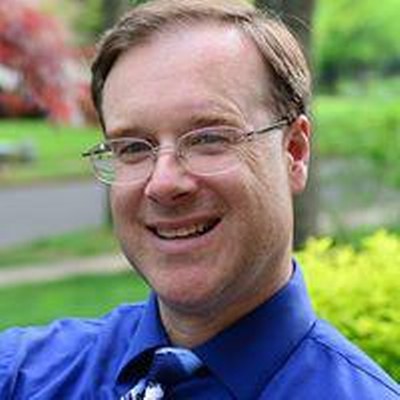 Kevin G. Chapman is an attorney specializing in labor and employment law and an independent author. In 2021, Kevin finished the first five books in the Mike Stoneman Thriller series. Righteous Assassin (Mike Stoneman Thriller #1), was named one of the top 20 Mystery/Thrillers of 2019 by the Kindle Book Review and was a finalist for the Chanticleer Book Review CLUE award. Deadly Enterprise (Mike Stoneman Thriller #2) was also named a top-20 Mystery/Thriller of 2020 by the Kindle Book Review and made the Short-List for the 2020 CLUE Award. Book #3, Lethal Voyage, was the winner of the 2021 Kindle Book Award and a Finalist for the CLUE and for the InD’Tale Magazine RONE Award. Book #4 in the series, Fatal Infraction, was named Best Police Procedural of the year by the Chanticleer Book Review, and book #5 (Perilous Gambit) was published November 24, 2021. Kevin has also written a serious political drama, A Legacy of One, originally published in 2016, which was short-listed for the Chanticleer Somerset Award for literary fiction. A Legacy of One was re-published in a newly re-edited and revised second edition in 2021. Currently, Kevin is working on a stand-alone mystery/thriller titled Dead Winner, expected out in late 2022, and a romantic thriller titled A Good Girl. Kevin is a resident of Central New Jersey and is a graduate of Columbia College and Boston University School of Law. Readers can contact Kevin via his website at www.KevinGChapman.com.

Paperback set of all 5 books!