The Other Santa Book 1 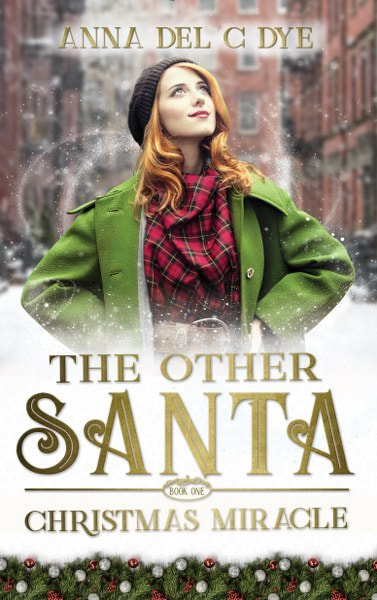 The Other Santa Book 1

For a girl of twenty, Angieline is uncommonly wise. Perhaps losing her mother at five years old, shaped her this way. Though, the presence of her forty-three-year-old tutor and the secrets they share could be closer to the truth. She and Mario, her tutor/adopted father, have been in many towns in the USA. Though their strange deeds could make them targets for unscrupulous people, they keep going even if it leads to the end of their undertakings.
When James, the reporter, appears in their lives, right before Christmas, their secrets become hard to keep and their lies threaten to catch up with them. Torn between duty and love, she will have to make peace with her heart one way or the other. Though her choice could break not only her and his heart but, the heart of her tutor or the children’s orphanage that desperately needs a miracle for Christmas. 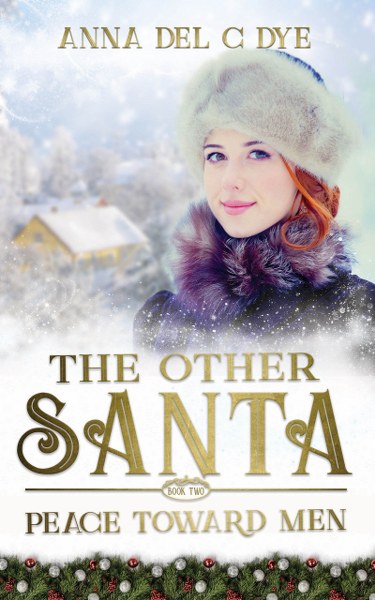 The Other Santa Book 2

Mario takes Angie, his daughter, out of Charleston to forget her beau’s sudden departure. On their way to Osage, they have an accident and meet the most interesting people in a quaint small town which is suffering from the depression’s pains and self-isolation. Will Angie be able to recuperate from her broken heart and the injuries from the accident in time to aid their new friends before they succumb to want and despair? 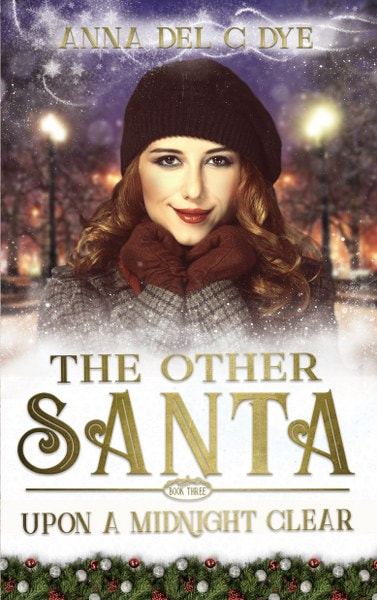 Upon a Midnight Clear

The Other Santa Book 3

Life has been interesting from the day Angie was conceived. Why would her twentieth year of life be different? Her fiancé left her for his career only to die in Europe just a few weeks before Christmas. Still, she and Mario manage to complete a wonderful Christmas project in the town of Jere.

Now the new year brings bad news about Mario’s father and the prospects of meeting him for the first time makes her heart turn cold. How can she refuse Mario her help, when he has never asked anything from her to repay all he has done for her since he adopted her at five years old?

She considers herself strong, though, with her grandfather as a project, the challenge may prove to be the hardest she has ever worked on. Afraid of not being ready to face her past as the daughter of a monster, she also worries that she may lose her place in Mario’s heart. Will her grandfather tear her jolly life apart, or does she still have a chance for a merry life after all? 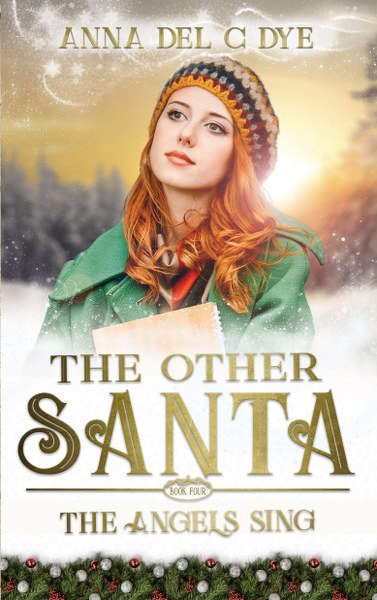 The Other Santa Book 4

Will this white Christmas bring Angels singing or a Silent night?

Tragedy strikes billionaires Mario and Beth Tuzzini and the Santa projects may be the only thing that can help them overcome it.
Scott and Angie, Mario’s daughter, had a hard time when their Santa’s project couldn’t start. An innocent mistake put them on the mayor’s black list as the children pay when one of them is almost killed?
Things aren’t always joyful in The Angels Sing and many things must happen before they can share a Merry day together. The Angels Sing is the standalone book four of the depression era series the Other Santa. 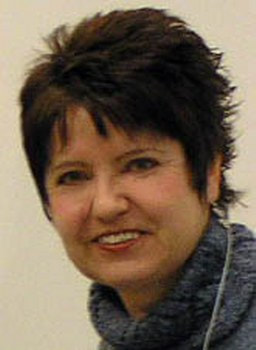 Anna was born in the extreme South along some famous beaches. She moved to the USA to marry her husband Rodney and has resided in Utah since then. Her husband, a native of Idaho, met her in her hometown. They fell in love and she came to Utah on Christmas Eve to be married two weeks later. They are the parents of three princes and a princess. Anna lives in Taylorsville Utah.

Anna is an accomplished seamstress and had the opportunity of doing costumes for the cast of four musicals, a pioneer play and for Utah’s own Fantasy Con, which she enjoyed immensely. She is fluent in both English and Spanish.

Anna is an award-winning author of more than thirty publications in Young Adults wholesome fantasy (7 books) and royal tales in the medieval era, (8 books and counting). Christmas stories of the depression era for older teens (4 books and 2 more to come). Middle grade fairytales for pre-teens (1 book). She also writes Halloweeny stories for tweens (6 books) and has a number of tales in different anthologies and articles (6 articles). She has even written short Medieval Romance tales (3).

And as A. C. Dye she had penned Halloweeny bilingual stories for children (6 books) and bilingual health book for toddlers (5 books).

3 thoughts on “A Christmas Miracle”