Volume I: Rise to Power

This volume starts at his coming to Saul’s court, to play before king Saul, and ends with his coronation to become king of a single tribe. How does David see himself, during this first phase of his life? With his hands stained with blood, can he find an inner balance between conflicting drives: his ambition for the crown, his determination to survive the conflict with Saul, and his longing for purity, for a touch of the divine, as expressed so lyrically in his psalms and music?

In an era of cruelty, when destroying the enemy is deemed a sacred directive, the slayer of Goliath finds a way to become larger than life. His search for a path to power leads him in ways that are, at times, scandalous. Notorious for his contradictions, David is seen by others as a gifted court entertainer, a successful captain in Saul’s army, a cunning fugitive, a traitor leading a gang of felons, and a ruthless raider of neighboring towns who leaves no witnesses behind.
Volume II: A Peek at Bathsheba

This volume starts at the civil war between the tribes, his eventual coronation over the whole nation of Israel, and his affair with Bathsheba. Against the backdrop of wars, raging within the land and without, David is growing into the mantle of leadership. Between his anointment as a tribal king and his anointment as the king of all of Israel, he uses wisdom, cunning, and his own understanding of the forces of history, aiming for high ideals: stopping the bloodshed, uniting the nation, and bringing about healing and peace.

But then, having reached his peak, David falters. He makes a serious error that threatens to undo his political success, and cost him not only the adoration of his people–but also the sense of being sustained by a divine power. That error is the most torrid tale of passion ever told: his deliciously forbidden love for Bathsheba, followed by his attempt to cover up the ensuing scandal by sending her husband–who serves him faithfully in his army–to his death.
Volume III: The Edge of Revolt

Struggling to find the right balance between loving his sons and upholding justice, David is silent when Amnon rapes his daughter, Tamar, and when Absalom lures Amnon to his death. These crimes go punished, because a mysterious change has come upon the king, which his court scribes note even before he does. In the past he had to explain his actions, such as the affair with Bathsheba, to them. Now, they want to understand the opposite thing: his lack of action.

In families other than his, such matters may be a mere matter of gossip. Yet when assault, incest, and murder occur in the king’s family, they affect matters of the state. David is toppled from his throne and must escape from the son he adores, Absalom.

Even as he finds a way to quell the revolt and come back to the City of David, the road ahead seems unclear. How will he find the right successor amongst his remaining sons, the one who will connect to him and continue his legacy? 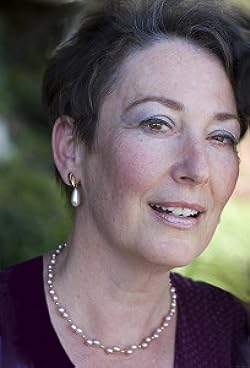 Uvi Poznansky is a California-based author, poet and artist.

She earned her B. A. in Architecture and Town Planning from the Technion in Haifa, Israel. During her studies and in the years immediately following her graduation, she practiced with an innovative Architectural firm, taking a major part in the large-scale project, ‘Home for the Soldier’; a controversial design that sparked fierce public debate.

At the age of 25 Uvi moved to Troy, N.Y. with her husband and two children. Before long, she received a Fellowship grant and a Teaching Assistantship from the Architecture department at Rensselaer Polytechnic Institute, where she guided teams in a variety of design projects; and where she earned her M.A. in Architecture. Then, taking a sharp turn in her education, she earned her M.S. degree in Computer Science from the University of Michigan.

During the years she spent in advancing her career–first as an architect, and later as a software engineer, software team leader, software manager and a software consultant (with an emphasis on user interface for medical instruments devices)–she wrote and painted constantly, and exhibited in Israel and California. In addition, she taught art appreciation classes. Her versatile body of work can be seen online at uviart.com. It includes bronze and ceramic sculptures, oil and watercolor paintings, charcoal, pen and pencil drawings, and mixed media.

Uvi published two children books, Jess and Wiggle and Now I Am Paper. For each one of these books, she created an animation video (see Author Videos at the bottom of this page.) She won great acclaim for her novel, Apart From Love, and for her poetry book, Home (in tribute to her father. Her collection of dark tales, Twisted, and her Historical Fiction book, A Favorite Son, are both new age, biblically inspired books. Rise to Power (volume I) and A Peek at Bathsheba (volume II) of her trilogy The David Chronicles have just been published