Amy has always loved science fiction–books, movies, shows and games. After devouring some of the classics like Dune and Ender’s Game in her tween years, she began writing short stories. In the ensuing years, Amy attended the Vancouver School of Arts and Academics in Vancouver, Washington, where she studied creative writing. She eventually became a Psychology major at Portland State University, but also pursued a minor in Professional Writing. After graduating, she stumbled into a career as a proposal manager. Amy currently lives in Portland, Oregon, with her husband. When she’s not writing, she enjoys travel, wine tasting, binge-watching TV series, and playing epic strategy board games.

The Cadicle series is a multi-generational
space opera epic, built around the premise that humans are a divergent race of
Tarans–and a fully established galactic empire exists just out of our sight on
Earth. Some Tarans have telekinetic abilities, and the only sanctioned place to
gain training for those abilities is with the Tararian Selective Service
(TSS)–which happens to be headquartered in Earth’s moon.
The first book in the series,
“Architects of Destiny,” is a prequel. Cris is a teenager born into a
High Dynasty on Tararia. He has telekinetic abilities, but his parents want him
to ignore the abilities and focus on the family company instead. In fact,
thanks to the Priesthood, the use of such abilities is all but banned. So, Cris
leaves home to go find himself. Along the way, he gets recruited by the TSS.
The second book, “Veil of
Reality,” takes place about twenty years later. Cris is a senior officer
in the TSS, and he has a fourteen-year-old son, Wil. Wil is the main character
of the series. He’s extremely gifted and has grown up within the TSS. He’s
kidnapped by a mysterious race on the outskirts of the galaxy, the Bakzen. Cris
goes on a rescue mission to find Wil and discovers a whole mess of conspiracies
between the TSS, Priesthood, and the rest of Taran civilization. War is coming,
and Wil will be at the center of it.
The rest of the series follows the main
characters as they face the toll of war, and ultimately need to address the
broken systems in the Taran government.
●     Personal website
●     Amazon Author page
●     Goodreads
●     Facebook 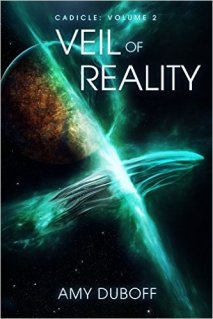 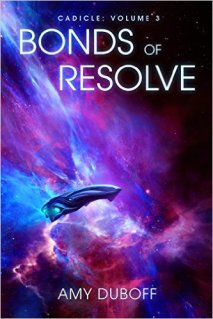 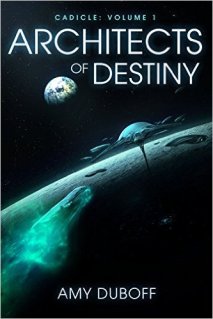