Sam, an ex-soldier who is trying to rediscover himself after twenty years of service, unwittingly stumbles upon a mysterious alien presence in rural Wales. He is drawn into a tangled web of intrigue, pitting him against forces bent on destruction and putting his life in peril. Feeling mentally eroded by his time in the army and having worked hard to overcome this, he is thrust upon an alien journey that will change his life and beliefs in a profound way.
Claims of benevolence are only the beginning of the mysteries he’ll have to unravel as doubt and mistrust haunt him. He will have to form unlikely alliances in order to fathom the mysteries at the secret Mineran enclave, where intrigue, deception and imminent danger reside.

His journey for answers will introduce him to pernicious enemies with hidden agendas, as a heinous plot to kill him unravels. Can he defeat his personal demons to secure justice and discover the truth of who or what is behind the nefarious machinations and why? 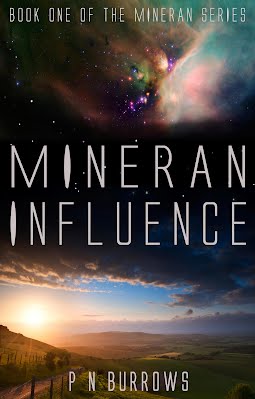 CHAPTER 12
Sam could feel the
air move around him as bullets whisked past. He knew Reb was covering his
retreat and that he must be taking hits. Pumped up on adrenalin, Sam raced up
the gantry towards the Dia Kuklos. Part of his mind found it funny that he was
running nude towards an alien Dia Kuklos to another world full of aliens and he
was making his debut with his manhood swinging about and a 16-inch arrow in his
shoulder. ‘You don’t see this in the movies,’ Sam groaned to himself as the
jostling shaft sent a cascading wave of pain from his shoulder down throughout
his body.
He was at the top and facing the
angled surface of the Dia Kuklos. He certainly couldn’t jump through feet
first, as the metal pins would burn up his body. It would have been better to
come at it from the other side where the angle would work in his favour, but
there was no time for that. He leant forward and tried to hit the surface of
the Dia Kuklos in a falling walk, turning his head at the last second to look
back to see Reb. Reb’s face was grim but had a look of determination. Suddenly
Reb’s head violently jerked forward as if he was performing a violent Glasgow
Kiss and Sam realised he had just taken a shot to the back of his head. Not
having seen Reb apply the hood he thought him surely dead. At that instant,
Sam’s face exploded!
He had utterly overlooked a
forgotten amalgamation of mercury, silver, tin and copper, which instantly
heated up to a liquid state. The sudden increase in size shattered the bottom
molar that it had previously protected. The superheated liquid destroyed and
cauterised flesh at the same time. Here was where Sam’s luck ran out as the
molten metal had to pass through from right to left. If only he had looked the
other way! Heat seared and burnt his mouth and throat, and the super-heated air
made its way into his lungs, seriously charring the interior surface and making
it impossible for him to breathe. The molten metal burnt its way through Sam’s
tongue and lower jaw until it finally escaped through the left check. A fraction
of a second later, seven micro pins burnt through his fibula, tibia and calf
muscle.
Sam fell into a pair of
outstretched arms. He couldn’t breathe as the nerves in his lungs screamed that
they were on fire. It felt like most of his face was missing and in the haze of
pain he was sure he saw part of his tongue fall to the floor. For some reason,
the last thought that ran through his mind was ‘mind the porcupine.’ Then
blackness enveloped him and the pain went away. 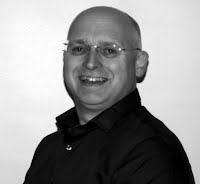 Born in England and raised in Wales, I started my working life on a farm in the glorious rural Welsh countryside.  I retrained to become an IT Consultant and having spent thousands on Microsoft, CompTIA and Cisco qualifications; I also obtained a contract to run and teach at a Cisco Academy in England.  After this, I became a small business IT Advisor for WCBC and the Welsh Government.  As this funding dried up, I retrained as a Business Advisor and have since helped thousands of people start up their own businesses.
In my leisure time, I work my way through a comprehensive bucket list with my Fiancée, Cath. This has caused us great delight as we have attended various courses and fun days out, such as beekeeping, pottery making, stained glass making, painting course, cooking courses, hawk walks, animal experiences, quad biking, gorge walking and much more. Our favourite one is learning to dance. This activity has remained with us and will hopefully do so for the rest of our lives. We can do a reasonable Waltz, collapse in laughter trying the Viennese Waltz, but it is the 1920’s Lindy Hop that we have fallen in love with. After three years of dancing, we still attend regular dance classes and events.
Strangely, for an ex-geek, my favourite gadget is my Italian Marcato pasta machine. I love real, unprocessed food and my freshly made pasta with a home cooked sauce is amazing.
I have always enjoyed reading, and in my early teenage years, I read authors ranging from Harry Harrison to HG Wells. Later in life, I turned to thriller writers such as the 3 C’s; Clancy, Cussler and Child. Also, I will always have a Pratchett book on my phone for light reading. His imagination was and always will be, inspiring. I have wanted to write the Mineran Series for several years prior to actually starting and with the encouragement from Cath, who has suffered my many varied, imaginative pranks over the years, I have begun.
Contact Information
Website: www.pnburrows.com ~ Twitter: @pnburows ~ Goodreads
Purchase Links
Amazon UK ~ Amazon USA