My book, Chutes and Ladder: A Silicon Valley Mystery, is a humorous murder mystery. Silicon Valley is not your typical cozy mystery locale and Marty Golden doesn’t fit the normal profile of a mystery protagonist.

He has a wonderful combination of wit, irreverent humor and sarcasm mixed in with nerdy insecurities, absent-mindedness, and fumbling but effective amateur sleuthing skills. With an active inner voice and not a lot of advanced planning, he throws himself into solving problems.

To get a better understanding of Marty and the Silicon Valley that he enjoys, I wanted to share

Marty Golden’s Fun Yet Wacky Things to Do in the Bay Area / Silicon Valley:

Chutes and Ladder and Uncle and Ants are both available free to Kindle Unlimited readers and will only stay at their promotional prices on Amazon during the Great Escapes tour so be sure to pick them up today. For more about the books or author, please visit www.marcjedel.com.

For most of my life, I’ve been inventing stories. Some, especially when I was young, involved my sister as the villain. As my sister’s brother for her entire life, I’m highly qualified to tell the tale of this evolving, quirky sibling relationship.

My writing skills were honed in years of marketing leadership positions in Silicon Valley. While my high tech marketing roles involved crafting plenty of fiction, we called these marketing collateral, emails and ads.

The publication of my first novel, Uncle and Ants, gave me permission to claim “author” as my job. This leads to way more interesting discussions than answering “marketing.”

My family would tell you that Marty’s character isn’t much of a stretch of the imagination for me, but I proudly resemble that remark.

Like Marty, I live in Silicon Valley and can’t believe that otherwise normal people would

willingly jump out of an airplane and call it fun. Unlike Marty, I have a wonderful wife and a neurotic but sweet, small dog, who is often the first to weigh in on the humor in my writing.

Chutes and Ladder:
A Silicon Valley Mystery
by Marc Jedel

Marc Jedel is hilarious! . . . I can’t stop laughing at protagonist Marty Golden, perennial and proverbial Feckless Hero. If there were ever a perfect illustration of The Fool card in Tarot, Marty is it!
~Mallory Heart’s Cozies

. . . an original take on an amateur investigation that kept making me giggle all the way to the surprising end. Great for fans of cozies looking for something different.
~Books a Plenty Book Reviews

The book is fast paced and full of humor. The author keeps us guessing as to what has really transpired, and it’s not until the very end that the details are revealed.
~Carla Loves To Read

OMG!!! This book is hysterical…yes, it’s a mystery, but I can’t tell you how many times I laughed out loud at Marty Golden!
~Devilishly Delicious Book Reviews

Chutes and Ladder is an entertaining story with quirky characters, zany incidents, witty dialogue, and guaranteed giggles.
~The Avid Reader

Think Sheldon Cooper, Clark Griswold, and Columbo all rolled into one. This nerdy, intelligent, goofy, silly man, will have you laughing your butt off.
~Lisa Ks Book Reviews

Chutes and Ladder by Marc Jedel is a riveting new cozy mystery. It isn’t like any cozy that I have read, but it is entertaining.
~Baroness’ Book Trove

I love Marc Jedel’s storytelling skills . . . If you are looking for a quirky cozy mystery with oodles of laughter and a super funny sleuth, look no further, for Chutes and Ladder is here!
~The Book Decoder

The book is fast paced and full of humor. In many ways, I could see this book being played out as a movie, with Jerry Lewis starring as Marty.
~Literary Gold

The book was a quick and enjoyable read that pulls you in to see what Marty is going to do next!
~Community Bookstop

I enjoy Marty’s quirkiness because it adds that little something that every story needs to make it stand out.
~Storeybook Reviews

SERENDIPITY HAPPENS takes you on an intense, unique epic journey of psychological suspense, deep insights and extraordinary romance beyond your wildest imaginings!  This is an edgy, highly experiential tale with memorable characters fired by soul-stirringly deep and sacred awakenings 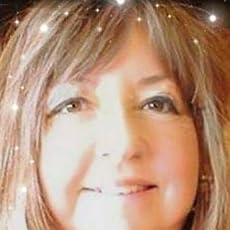