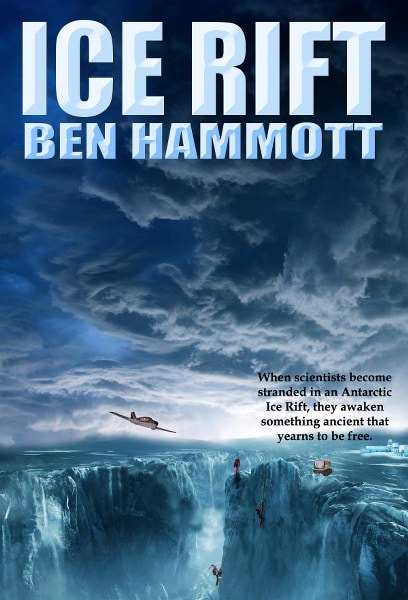 Humans have always
looked to the stars for signs of Extraterrestrials.They have been looking in the wrong place.

They are already here, entombed in a spaceship beneath Antarctic ice for
thousands of years.

The ice is melting and they will soon be free.A huge rift in the ice is discovered in Antarctica that stretches for 18 miles,
(29 km) and 820 feet (250 meters) apart at its widest point.

When environmental scientists enter the ice rift to check out an anomaly on
NASA’s satellite scans of the area, they discover something far more life
threatening than the raging blizzard trapping them in the rift. They are
unarmed and unprepared for their ensuing fight for survival.

Note – Though Ice Rift – Salvage, is a continuation of the story from Ice Rift,
it was brought about by readers feedback saying they would like to read a
follow on book. Ice Rift can be read as a complete story. There is no
cliffhanger or abrupt ending. 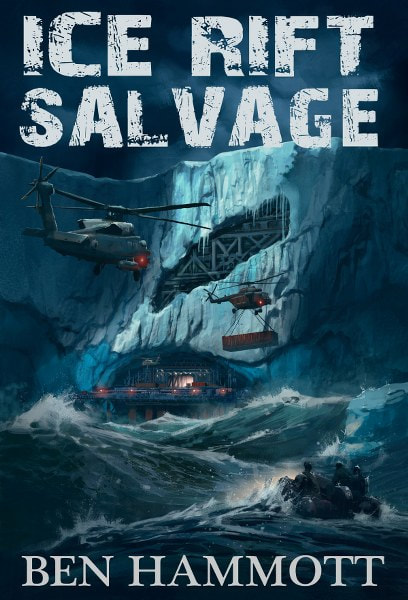 Action adventure sci-fi horror set in Antarctica.
The spaceship entombed in the huge iceberg calved from the Pine Island Glacier
drifts towards the warmer air and ocean temperatures of the South Atlantic. The
race is on to claim the alien technology before the ice melts and releases its
hold on the trapped alien vessel.
The mission: Board the spaceship and salvage as much alien technology as possible before the doomed vessel sinks to the bottom of the ocean.
The obstacles: A disintegrating iceberg, a collapsing spaceship, an armed Russian salvage force intent on claiming alien technology for themselves, an approaching storm, and the biggest obstacle of all—the spacecraft’s alien inhabitants.
The aliens have another mission—survival—and when opposing species clash, there can be only one victor.
Ice Rift – Salvage is the sequel to Ice Rift, which needs to be read first to gain the most enjoyment from the story.
Add to Goodreads
Amazon * B&N * Apple * Google Play * Kobo 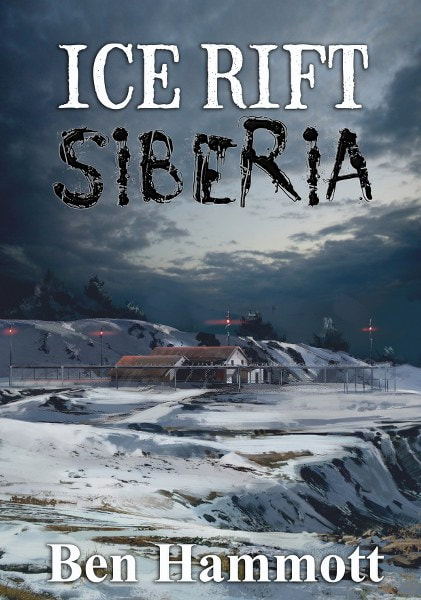 ICE RIFT – SIBERIA is the 3rd book in the best selling Ice Rift series. Ice Rift and Ice Rift – Salvage need to be read first to gain maximum enjoyment from this novel.

Having stowed aboard the Russian vehicle transporting the alien weaponry
salvaged from the doomed Antarctic spaceship, the surviving fragment of EV1L
arrives at a secret underground complex in the remote wilderness of the Siberian tundra.

It will feed and grow.

When all is ready, EV1L and her hoard of vicious offspring will emerge from the facility and head for the nearest city to start their conquest of Earth.

When the Americans intercept a plea for help from the secret facility and learn of the alien menace, a crack team is rushed to Siberia. Their mission is to destroy the alien creatures before they escape.

If they fail, it could bring about the end of human civilization. 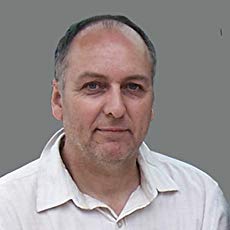 Ben was born in England, but currently lives in Germany.
He loves to laugh and make others laugh, something which he is particularly good at. He is a joker, a hoaxer and someone who loves mysteries, especially if they involve a long lost treasure.
Apart from writing he likes nothing better than to be travelling in his motorhome around Europe seeking out mysteries and hunting for long lost treasures, which invariably lead him below ground to explore caves, caverns and old mines. These then become ideas he can use in his books.
Currently based in Germany, if he is writing a book with a location in Europe, he will often drive to the area to get a feel of the place, the smells and the sounds of the
streets, the people and the landscape, and will write down descriptions for later use.
Ben’s research into the mysteries he has sought to solve is so thorough he often discovers snippets of information no one else has. His research has been used in many documentaries and his hoaxed discoveries detailed in his Lost Tomb of the
Knights Templar book were featured in a Hollywood movie.
FOLLOW BEN ON SOCIAL MEDIA
Website * Goodreads * Amazon * Facebook * Twitter * BookBub