For more information DM the
There for You Editing FB page
or email
thereforyou.melissa@gmail.com
((Sale ends 11/6/19)) 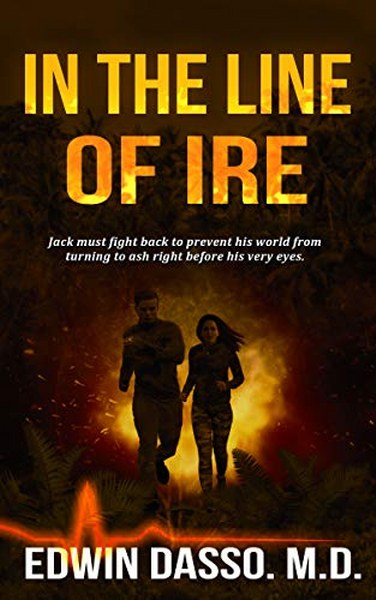 Jack finds himself the target of a blazing hatred

His commanding officer blames Jack for his own failings. Jack becomes a
scapegoat of his malicious jealousy and hatred, and he is intent on
making Jack pay – with his life!

>>>In the cross-hairs of an egotistical man without remorse

Fighting for their lives, Jack and his new love – Major Lori Darden, RN –
learn just how dangerous it can be to raise the ire of a psychopathic
boss. Jack must fight back to prevent his world from turning to ash
right before his very eyes.

Download your copy today and become immersed within the pages of this brutally
intense, thrilling adventure from international bestselling author
Edwin Dasso.

>>>“This is a fast-paced, action-packed roller coaster of a read. A
refreshingly different perspective…” 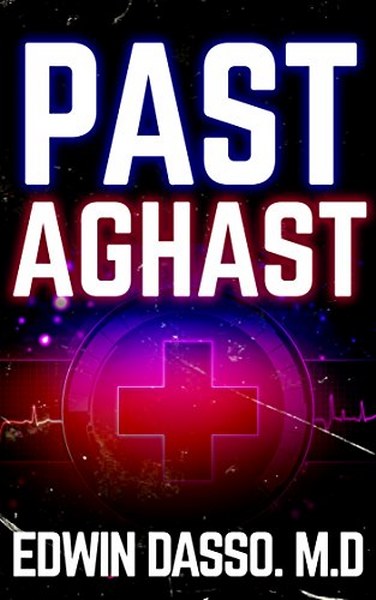 Is He The Killer They Say He Is?

Jack is left emotionally traumatized from his deployment in Iraq with
severe PTSD and the Army forces him to retire. Jack’s PTSD
flashbacks sometimes leave him unaware of his actions while under the
influence of his unwelcome mental demon.

>>>Retirement isn’t Always What You Plan

As the new Chairman of Anesthesia at Southern Medical Center, Jack
thought he’d retired into the tame civilian job he’d dreamed of,
but a series of bizarre murders and deaths occur under his watch.
Can Jack put this puzzle together on time? Will he survive?

Sound confusing? Wait till you see inside Jack’s head!
“A dark psychological suspense thriller that will captivate you and
leave you turning the pages well into the night!”
Goodreads * Amazon 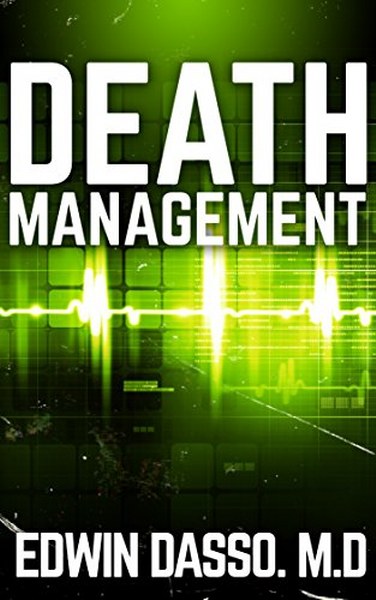 ”Once more, Dr. Dasso has knocked this book into a home run…”

After narrowly escaping murder at the Southern Medical Center, Jack Bass,
MD, and his new love, Janice, move to a new city to start their life
together. Jack steers his career away from the hospital, taking a
promising position at a small healthcare company that provides
support and assistance to people with serious medical issues.
However, he soon discovers things at the company are not as they
should be – something sinister is occurring.

>>>A medical suspense thriller that will keep you breathless

Jack uncovers the deadly plan for profit lurking underneath the company’s
innocent facade. Once again, Jack must uncover a ruthless web of
plotters and connections in order to save the lives of innocent
victims, including Janice and himself! Will he be
able to neutralize the threat before it’s too late?

>>>An ultra-realistic medical murder mystery that will not cease to
surprise you!

Death Management is the third book in the bestselling Jack
Bass Black Cloud Chronicles medical murder mystery series.
Prepare to be amazed by a surprising plot full of unexpected twists
and breathtaking turns. 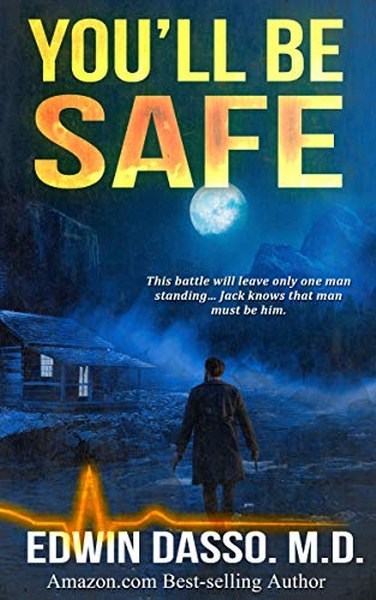 “This is by FAR one of the best medical mystery books I have read.”

After the murder of his wife and unborn child, Jack Bass longs for death.
In fact, he welcomes it. That is, until Amanda, his lovechild with
Major Lori Darden, unexpectedly enters his life. Jack tries to shroud
his new life with his daughter in privacy, determined that the events
of his past should not threaten his daughter. But no matter how hard
he tries, Jack cannot avoid trouble. It relentlessly pursues him.

˃˃˃ Homeless Veterans Are Disappearing From The Streets

After being kidnapped and delivered to an isolated encampment, veterans are
given a medication that makes even the most out-of-control psychotic
captives turn into walking, order-taking, defenseless shells. They
are used as slave labor, exploited then killed whenever the mood
strikes their captors. Despite his best efforts to remain isolated
from the world, Jack is faced with a choice between protecting
himself and his daughter or helping to save these veterans who are
being victimized for profit.

˃˃˃ There Will Only Be One Man Left Standing after This Battle

Jack is again unwittingly thrust into a world of conspiracy and murder as
he follows yet another trail of bodies. This time, Jack may have bit
off more than he can chew. Will his new-found daughter become an
orphan?
You’ll Be Safe is book four in Ed Dasso’s Jack Bass Black Cloud Chronicles series. 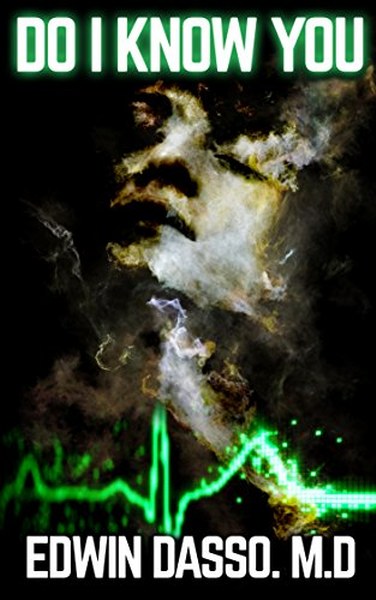 Do I Know You?

“…book #5 in this addicting series. Well worth the wait!”

Sound confusing? Wait till you see inside Jack’s head!
Jack was shot while rescuing homeless veterans from from an isolated slave
camp. He was left clinically dead but was revived by a team of trauma
surgeons. When he awakens he has significant, but spotty, amnesia.
His friends and family take him abroad in an effort to help him
recover but, true to form, Jack unwittingly stumbles into the middle
of, and thwarts, a terrorist bombing plot. The terrorists are
hell-bent on revenge! Jack fights to survive and protect his family,
all while he struggles to even remember who he is.

A series for readers who love action thrillers with hard-hitting,
complex characters. 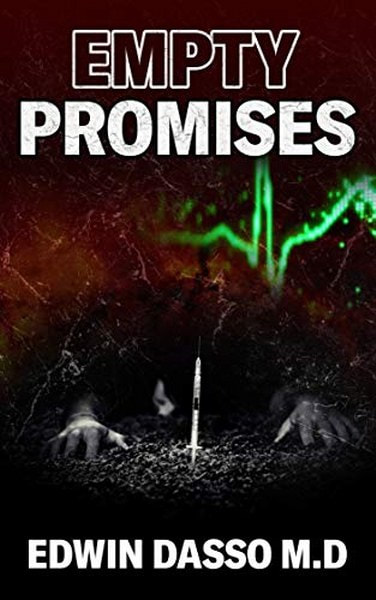 Big pharma is buying all the politicians in D.C.

They can then legally unleash their new, but deadly, super-narcotic on the
American public.
When Hank Green has a bad reaction to a drug during a study, Jack Bass, MD
gets involved. He soon discovers that many Veterans are being conned
into enrolling in the same drug study…and many are dying as a
result.
Will Jack survive looking under the rocks of the political landscape as he
attempts to stop this scourge?

Move over Jack Reacher, and make room for Jack Bass, MD.
“A fantastic thrilling adventure that kept me glued to the pages. Every
story tops the one before it.” 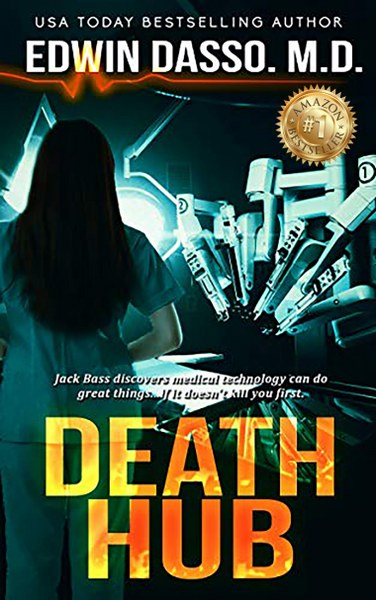 From USA Today and Amazon International Bestselling Author Edwin Dasso
comes the Seventh book in the Jack Bass Black Cloud Chronicles.
Jack Bass, MD, discovers that new medical technology can work wonders…if
it doesn’t kill you first. Jack is working feverishly with two of his
favorite past students to figure out what is behind the chaos of
medical technology gone crazy.

Is it a bigger issue than anything they could have imagined?

Although, this book is part of a series, it is easily enjoyed as a stand alone
novel.

Praise for Death Hub:
“I love to read a good thriller and I was not disappointed with Death Hub.”
“… entertaining, exciting and scary at times.”
“Cyber Security is a Priority… definitely a scary idea.” 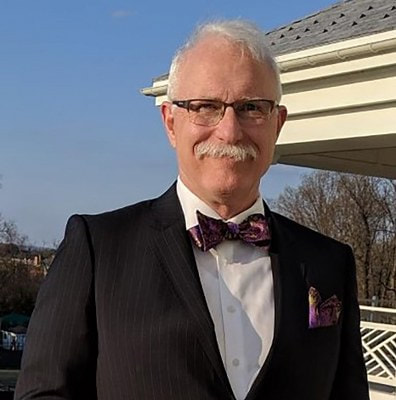 Edwin Dasso, MD, a USA Today and Amazon International #1 Best-Selling
medical thriller author, writes works of fiction that leverage many
of his “stranger than fiction” experiences from years of
practice at major medical centers and community hospitals.
“You might be shocked at some of the events in the books that are based on
an actual experience.”
Member of the International Thriller Writers.
His “Jack Bass Black Cloud Chronicles” series has been
developed into a TV series, “Jack Bass, MD,”
(https://www.facebook.com/jackbassmd/?ref=bookmarks) which is
actively being discussed around Hollywood. Network feedback has been
very positive.
Fiction writing is reviving a lost love from earlier periods in his life
where he enjoyed writing short stories. In addition to a number of
years as a practicing anesthesiologist and critical care specialist,
he has published articles in national healthcare journals, written
many “Ask the Doctor” columns and has spoken frequently at
national healthcare forums. He has also been instrumental in
designing and deploying population health programs to help people
deal with depression related to poor health.