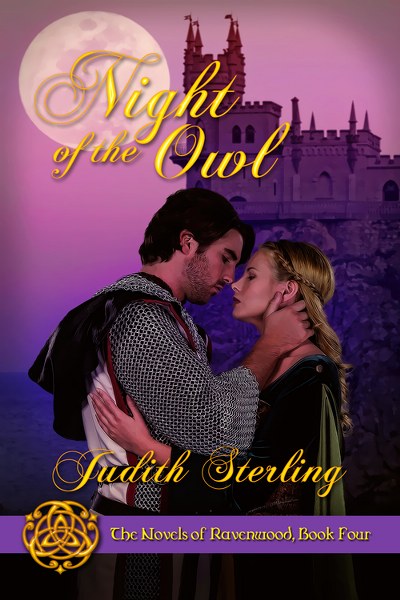 PhD student Ardyth Nightshade has renounced men and pursues her twentieth-century career with single-minded focus. When fate whisks her to medieval England, she meets her match in a man whose passions mirror her own. Can she sacrifice ambition for a love she never sought?
Hugh, Lord Seacrest confounds all who know him. He refuses to marry without a meeting of minds and hearts, and no lady has even approached his ideal…until Ardyth. But she’s an odd one, with unique skills, shocking habits, and total conviction she needs no man. She also harbors secrets, and in the midst of rumors, plots, and murder, trust is fragile.
A woman outside of her time. A man ahead of his. They must take a leap of faith to forge a bond that will shape history.
Add to Goodreads
Amazon * Apple * B&N * Google * Kobo 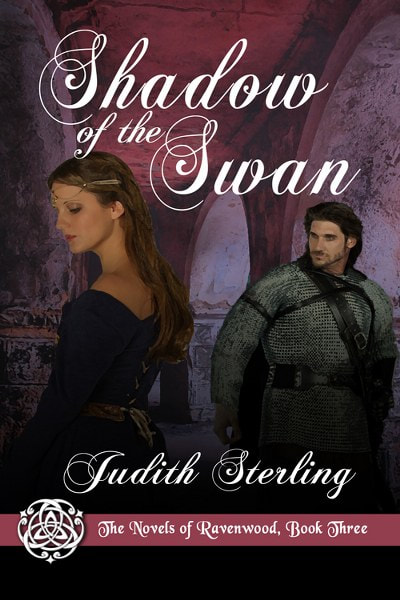 Shadow of the Swan
The Novels of Ravenwood Book 3

Lady Constance de Bret was determined to be a nun, until shadows from the past eclipsed her present. Marriage is the safest option, but she insists on a spiritual union, in which physical intimacy is forbidden. Not so easy with a bridegroom who wields unparalleled charm! But a long-buried secret could taint his affection and cloak her in shadow forever.
Back from the Crusades, Sir Robert le Donjon craves a home of his own and children to inherit it. From the moment he meets Constance, he feels a mysterious bond between them. When she’s threatened, he vows to protect her and agrees to the spiritual marriage, with the hope of one day persuading her to enjoy a “real” one. She captivates him but opens old wounds and challenges everything he thought he believed.
Two souls in need of healing. Two hearts destined to beat as one.
Add to Goodreads
Amazon * Apple * B&N * Google * Kobo 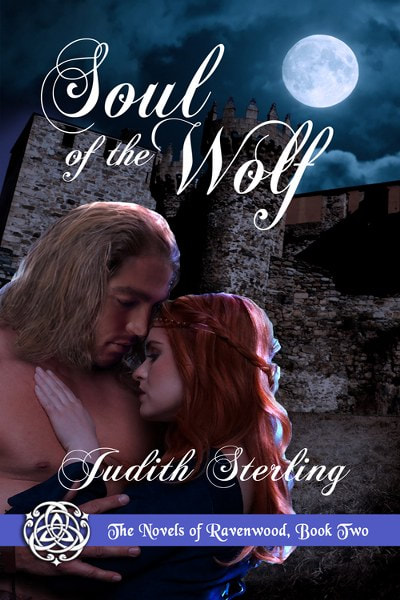 Soul of the Wolf
The Novels of Ravenwood Book 2

A Norman loyalist, Lady Jocelyn bristles when ordered to marry Wulfstan, a Saxon sorcerer. She nurses a painful secret and would rather bathe in a cesspit than be pawed by such a man…until her lifelong dream of motherhood rears its head.
A man of magic and mystery, Wulfstan has no time for wedded bliss. He fears that consummating their marriage will bind their souls and wrench his focus from the ancient riddle his dying mother begged him to solve. He’s a lone wolf, salving old wounds with endless work. But Jocelyn stirs him as no woman ever has.
Their attraction is undeniable. Their fates are intertwined. Together, they must face their demons and bring light to a troubled land.
Add to Goodreads
Amazon * Apple * B&N * Google 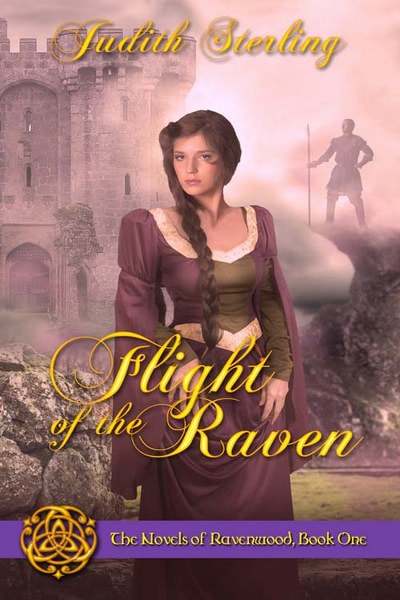 Flight of the Raven
The Novels of Ravenwood Book 1

How eager would the bridegroom be if he knew he could never bed the bride?
Lady Emma of Ravenwood Keep is prepared to give Sir William l’Orage land, wealth, and her hand in marriage. But her virginity? Not unless he loves her. The curse that claimed her mother is clear: unless a Ravenwood heir is conceived in love, the mother will die in childbirth. Emma is determined to dodge the curse. Then William arrives, brandishing raw sensuality which dares her to explore her own.
William the Storm isn’t a man to be gainsaid. He’ll give her protection, loyalty, and as much tenderness as he can muster. But malignant memories quell the mere thought of love. To him, the curse is codswallop. He plans a seduction to breach Emma’s fears and raze her objections. What follows is a test of wills and an affirmation of the power of love.
Add to Goodreads
Amazon * Apple * B&N * Google * Kobo

Judith Sterling is an award-winning author whose love of history and passion for the paranormal infuse everything she writes. Whether penning medieval romance (The Novels of Ravenwood) or young adult paranormal fantasy (the Guardians of Erin series), her favorite themes include true love, destiny, time travel, healing, redemption, and finding the hidden magic which exists all around us. She loves to share that magic with readers and whisk them far away from their troubles, particularly to locations in the British Isles. Her nonfiction books, written under Judith Marshall, have been translated into multiple languages. She has an MA in linguistics and a BA in history, with a minor in British Studies. Born in that sauna called Florida, she craved cooler climes, and once the travel bug bit, she lived in England, Scotland, Sweden, Wisconsin, Virginia, and on the island of Nantucket. She currently lives in Salem, Massachusetts with her husband and their identical twin sons.
Website * Facebook * Bookbub * Amazon * Goodreads * The Wild Rose Press * The Captivating Quill

One thought on “Night of the Owl The Novels of Ravenwood Book 4 by Judith Sterling Genre: Time Travel Fantasy Romance”