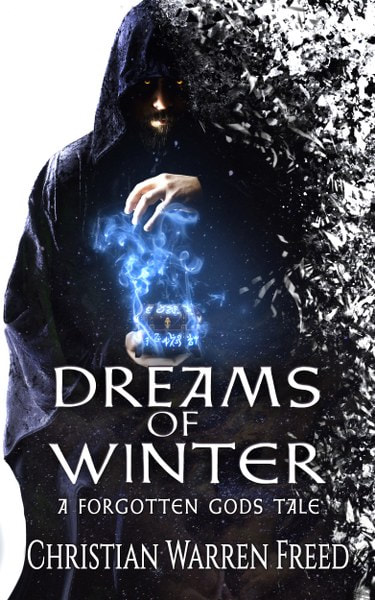 It is a troubled time, for the old gods are returning and they want the universe back…
Under the rigid guidance of the Conclave, the seven hundred known worlds carve out a new empire with the compassion and wisdom the gods once offered. But a terrible secret, known only to the most powerful, threatens to undo three millennia of progress. The gods are not dead at all. They merely sleep. And they are being hunted.
Senior Inquisitor Tolde Breed is sent to the planet Crimeat to investigate the escape of one of the deadliest beings in the history of the universe: Amongeratix, one of the fabled THREE, sons of the god-king. Tolde arrives on a world where heresy breeds insurrection and war is only a matter of time. Aided by Sister Abigail of the Order of Blood Witches, and a company of Prekhauten Guards, Tolde hurries to find Amongeratix and return him to Conclave custody before he can restart his reign of terror.
What he doesn’t know is that the Three are already operating on Crimeat.
Read Dreams of Winter now and begin your journey into the realm of the Forgotten Gods.
Add to Goodreads
Amazon * Apple * B&N * Kobo * Books2Read

Christian W. Freed was born in Buffalo, N.Y. more years ago than he would like to remember. After spending more than 20 years in the active duty US Army he has turned his talents to writing. Since retiring, he has gone on to publish 17 military fantasy and science fiction novels, as well as his memoirs from his time in Iraq and Afghanistan. His first published book (Hammers in the Wind) has been the #1 free book on Kindle 4 times and he holds a fancy certificate from the L Ron Hubbard Writers of the Future Contest.
Passionate about history, he combines his knowledge of the past with modern military tactics to create an engaging, quasi-realistic world for the readers. He graduated from Campbell University with a degree in history and is pursuing a Masters of Arts degree in Military History from Norwich University. He currently lives outside of Raleigh, N.C. and devotes his time to writing, his family, and their two Bernese Mountain Dogs. If you drive by you might just find him on the porch with a cigar in one hand and a pen in the other.
Website * Facebook * Twitter * Instagram * Bookbub * Amazon * Goodreads 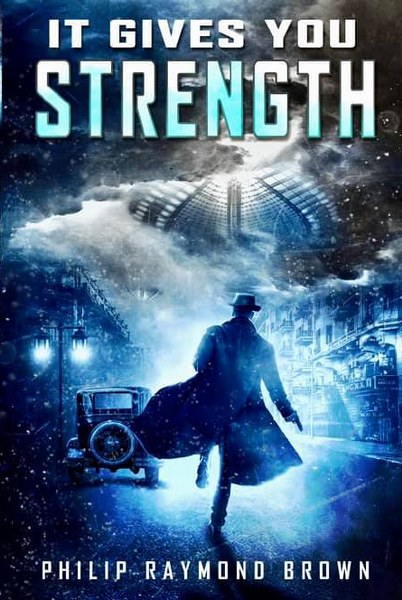 A mashup of Science Fiction, Historical Fiction and Fantasy, set in New York during prohibition, the characters interact with actual historic figures, including mobster Jack “Legs” Diamond, heavyweight boxing champion Jack Dempsey, and World War heroine Edith Cavell.
The story follow an alien anthropologist, Tashan Zho, on a rescue mission to the distant planet Earth in 1926. Zho, is transported into the dying body of bootlegger Ryan Costello. Immediately following his death, Costello’s body is reanimated by the alien. Unfortunately, Zho’s new “host body” is so damaged from a decade of alcohol abuse that the alien’s memory and vital files are corrupted. All that remains of Zho’s mission plan is one phrase: “Find the one called Mike Kelly.”
Complicating matters, the alien soon discovers that Kelly is, himself, the leader of a criminal gang of World War veterans, who are battling mobster Jack “Legs” Diamond for control of the lucrative Canada/New York rum-running market. Upon recognizing Costello’s enhanced abilities and physical strength, Kelly forces the alien into the mob. Since Kelly is his only chance of discovering and completing his mission, the alien agrees. Costello soon recalls his critical task – to free an alien child from the Craig Colony, which they interpret to be a prison camp, before his home world, Dagan, dispatches its “rescue armada.” A force so massive and clumsy that its mere entry into the Earth’s atmosphere would devastate the planet.
By setting part of the plot in the Craig Colony, a little-known state institution in which patients with seizure disorders were essentially warehoused, the novel raises awareness of the human rights violations that occurred there.
Goodreads * Amazon 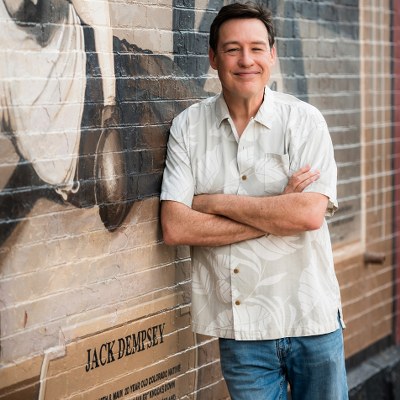 Philip Raymond Brown lives in Colorado with his fabulous wife, four beautiful children, and two good dogs. He has a B.A. in History and Political Science from Le Moyne College and a J.D. from Washington & Lee University School of Law.
His debut novel IT GIVES YOU STRENGTH launches the week of August 17, 2020. It is a mashup of science fiction, historical fiction, and fantasy set in prohibition-era New York. For more about the novel, see the description above. The yet-untitled sequel to STRENGTH will be released in the Spring of 2021.
Writing fiction is Philip’s lifelong dream, and is his second career. In 2017, he walked away from a highly successful career as a trial attorney to pursue this dream. While writing STRENGTH, he devoted his time to his family, coaching little league and youth basketball. This year, while his heroic wife, the fabulous Dr. Sarah Brown, was on the front lines of the battle against COVID 19, Philip was homeschooling their four children.
As a trial attorney, he received numerous accolades, including being named to Best Lawyers in America, attaining the highest ethical/ability peer review rating (“AV”) in Martindale-Hubbell, and being listed in Super Lawyers. Among his legal achievements, he is likely the only attorney in America to have received trial verdicts against New York City and Honolulu in separate cases for Civil Rights violations by their police. He currently has a screenplay in development about one such case.