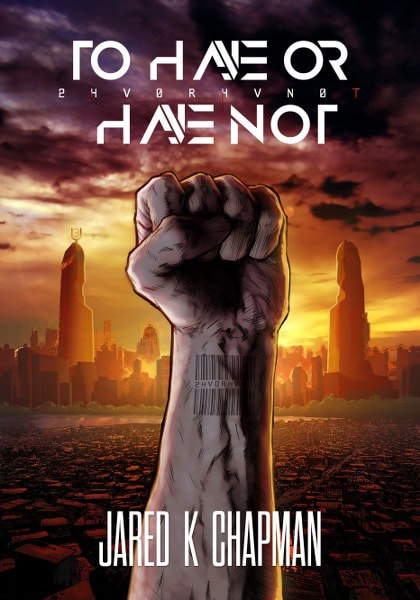 2HVØRHVNØT: To Have or Have Not
by Jared K. Chapman
Genre: Dystopian Superhero Fantasy, Horror

Welcome to Fellowship City, where the Haves are super-powered, and the Have-Nots are just like you.
The Mighty have all the wealth, fame, power, and superpowers, but even they are subject to the monastery’s control. To maintain peace, telepathic monks see into the past, present, and future to police the other Mighty and the minority of powerless Citizens, who have nothing but their identity tags tattooed on their wrists.
Twenty-year-old Mario lives with his kid sister in one of the many camphouses on the island south of the city. Unlike the other citizens he stands in line with every morning waiting to be bussed to work, he actually likes his downtown job and the Mighty restaurateur who employs him.
At least, he did.
This morning, the grisly, undetected murder of his boss changes everything. In a flash, Mario becomes the primary suspect and must race against time to prove his innocence in a world that oppresses the powerless.
Part READY PLAYER ONE. Part DIVERGENT. Part MINORITY REPORT. Totally Superpowered! 2HVØRHVNØT has fast-paced action, suspense, horror, and mature themes that are sure to keep readers on the edge of their seats.
Add to Goodreads
Amazon * Website 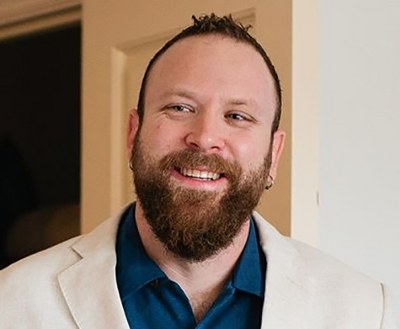 Jared K. Chapman is an author, filmmaker, and educator. He is a native Californian who spent his formative years at school in frigid Alberta, Canada with his father and summer vacation in arid central California with his mother. He holds degrees in psychology & religious studies and is currently a doctoral candidate studying the social psychology of extreme groups. He lives in a little oasis just east of Los Angeles with his wife and three sons. 2HVØRHVNØT is his debut novel.
Website * Facebook * FB Group * Twitter * Instagram * Bookbub * Amazon * Goodreads