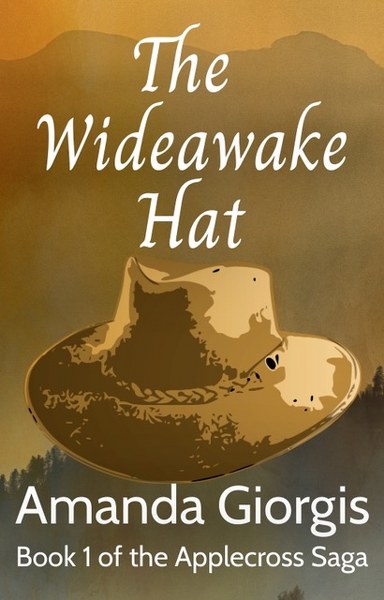 From the Scottish Highlands to the South Island of New Zealand, life was harsh for the early pioneers who ventured into a new land far across the seas where opportunity beckoned for those who could endure the hardships.
On Boxing Day, 1848 Sophia steps ashore with her new husband, George, and begins her perilous journey inland to seek a place to call home. Her hope for the child she carries to be born in a house that they build together does indeed come true. And Sophia and George are joined by other young folk who form a small but growing community of fellow pioneers banding together to forge a life in this land of promise. However, not all pioneers are honest and true, as Sophia discovers to her cost. When tragedy strikes, an enigmatic Scottish shepherd steps in to help our family and Sophia’s life takes an unexpected turn.
James Mackenzie is not a character of fiction. There is no doubt he existed. In fact, the high plateau where Sophia settled now bears his name. But the tales that surround his conviction and imprisonment for sheep rustling are shrouded in mystery. No-one knows what became of him for sure, though stories abound. Along with his clever and faithful collie dog Friday, his exploits have become legends. Perhaps there is more to tell of James Mackenzie and his influence on the remotely beautiful high country, surrounded by snow-capped mountains…
**Get it FREE!!**
Add to Goodreads
Amazon * Apple * B&N * Google * Kobo * Smashwords * Books2Read 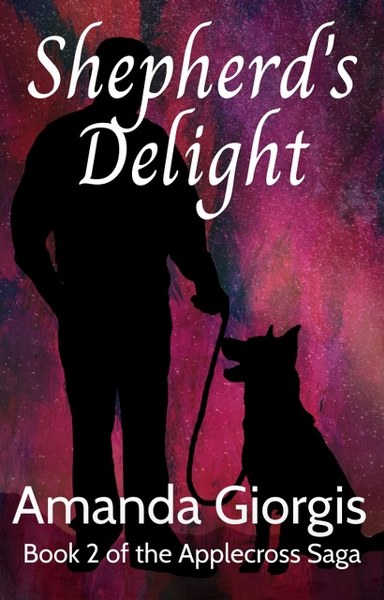 Following on from the success of The Wideawake Hat, Shepherd’s Delight is the second book in the spellbinding Applecross Saga by Amanda Giorgis.
A fictional tale, set against the stunning scenery of New Zealand’s Mackenzie Basin, using true historical events surrounding the European settlers in South Canterbury in the late 1800s.
Someone is looking for James Mackenzie. Our hero is beset by dark thoughts. Worried that his past deception may catch up with him, and depressed by the death of his first true son. But, through thick and thin, his wife Sophia sees the good in everything and everyone, and together they are making a success of their lives at Applecross station.
Visitors come and go, some becoming welcome additions to their circle of friends, and some who give more pleasure when they leave. But, the final and unexpected guest, someone who has been searching for James Mackenzie for a very long time, will be the one who changes things forever.
**Only .99 cents!!**
Add to Goodreads
Amazon * Apple * B&N * Google * Kobo * Smashwords * Books2Read 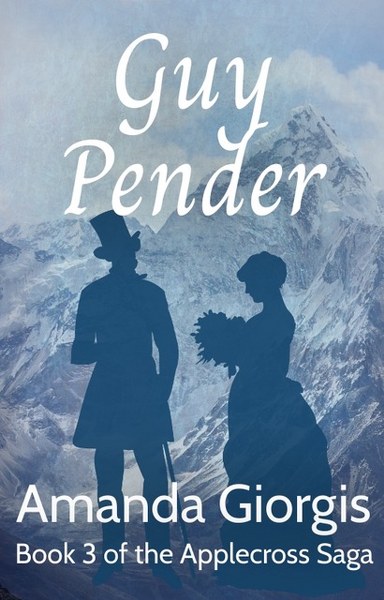 Eligible, handsome, witty and charming, Guy Pender is looking for a purpose in life, maybe even a wife to join him in his desire to return to New Zealand, where he hopes to be reunited with his friends at Applecross Station. His experience of romantic love, so far, has been one of misunderstood passion from an unexpected quarter.
It is 1867, and he finds himself biding his time in Switzerland, taking portrait photographs of the wealthy folk of Zurich, whilst sorting out his much loved aunt’s estate, to which he is the sole heir. He is lonely and homesick for his friends on the other side of the world. Suddenly, a strikingly beautiful woman, Amelie Von Truber, comes into his studio and from that moment on nothing is the same. Their future together seems impossible as Amelie is betrothed to the black-hearted Tobias Linburg, heir to a powerful business empire.
Life could not be more complicated, Amelie and Guy’s future together looks impossible, but apart, their prospects look grim. Join us in this sweeping tale to see if they can find a way through the web of intrigue, dishonesty and revenge to build a future together in a foreign land.
Add to Goodreads
Amazon * Apple * B&N * Google * Kobo * Smashwords * Books2Read 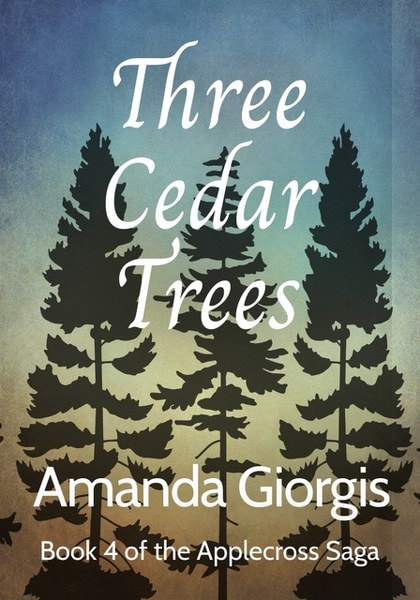 What happens to the trees happens to the boys…
.
Three cedar trees grow beside the Applecross homestead in New Zealand’s South Island. Precious trees, carried from Scotland across the world as seedlings. A poignant reminder of home. As they mature, so too do Freddie, the eldest son of Sophia Mackenzie, and Ben and Ed, twin sons of Nancy Lawton.
To Atewhai, the wise old Maori woman, the growth of the saplings into mature trees is matched by the passage of the boys into manhood. Will Sophia and Nancy allow their sons to strike out into the world, or will they hold them back with their roots set firmly in the farm soil?
And, when one of the precious cedar trees is damaged in a storm, does it foretell of tragedy involving one of the boys? Atewhai certainly thinks so……
Join us as our settlers embrace the late 1860s, a period of rapid change in New Zealand. Railways, improved roads and better communications are beginning to open up this remote and spectacular corner of the world to visitors. Some fall in love and find it hard to leave the basin, while others are torn between love and a desire to be involved in this exciting period of progress.
Who will stay, and who will leave for ever?
Three Cedar Trees is the 4th book in The Applecross Saga.
Add to Goodreads
Amazon * Apple * B&N * Google * Kobo * Books2Read 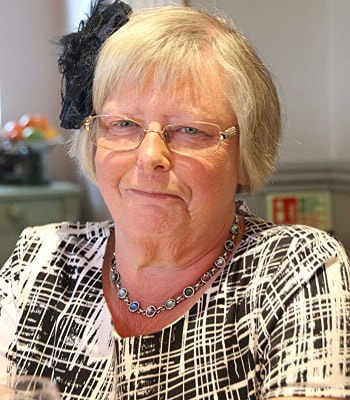 Amanda Giorgis is the creator of the fictional Applecross sheep station in New Zealand’s beautiful Mackenzie Basin. Here you will meet Sophia, who settled in New Zealand with her husband, George in the early 1850s. After George’s tragic death, Sophia marries James Mackenzie and the couple build their home together in the Basin. James is not a character of fiction, though the stories that are woven around Applecross are not necessarily how things turned out in real life for the man who was convicted of sheep rustling and later pardoned for his crimes. The truth is, nobody knows what really became of him.
Amanda likes to weave well-researched, true historical facts into her stories while building credible and likeable characters amongst the ordinary folk of rural New Zealand in the late 1800s. She would love you to join her in their adventures, triumphs and tragedies.
Oh, and did we mention dogs? The collies who worked so hard on high country farms feature in our stories too. Meet Friday, James’ favourite collie and all her descendants. They deserve their fame too!
Amanda was born in Somerset, England. She emigrated to New Zealand in 2008 and now writes while looking out onto the flat plains with snow-capped mountains beyond. It is a place where it is easy to find inspiration for stories of early pioneers, who made this unique place their home.
She shares her home with her husband, Terry and three rescued huntaway dogs, Nemo, Jess and Ted, some chickens, who are more ornamental than productive, ten acres of wild garden and the dark skies of the Southern Hemisphere.
When not writing, Amanda rings church bells and enjoys photography, gardening and finding out about her family history. On lazy days, when not reading a book, she gets the knitting needles out.
Website * Facebook * Twitter * Instagram * Bookbub * Amazon * Goodreads