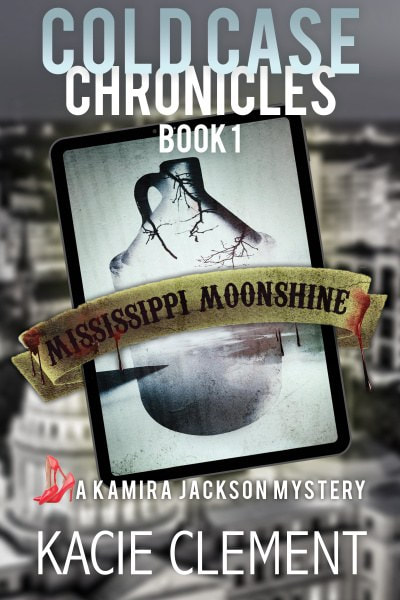 Forty-six years ago, two brothers were killed and thrown in the Wolf River. Can a troubled detective surface the truth before her own life is at risk?

Atlanta cop Kamira Jackson can’t forgive herself for getting caught and held captive for ninety days. Feeling unworthy of her job, she flees to Mississippi only to be confronted by a police chief who isn’t happy with his jurisdiction employing a Black policewoman. And she fears she’s being set up to fail when she’s given a decades-old murder assignment, and only six months to crack the case.

Vowing to beat the challenge and with the help of a retired veteran, Jackson retreads the slaying of two men shot point-blank and found floating in the isolated swamplands. But exposing an almost half-century conspiracy implicating too many powerful suspects might be fatally hazardous to her health.

Can the traumatized investigator overcome her nightmares and solve the cold case?

Buy Mississippi Moonshine to open a can of dark truths today! 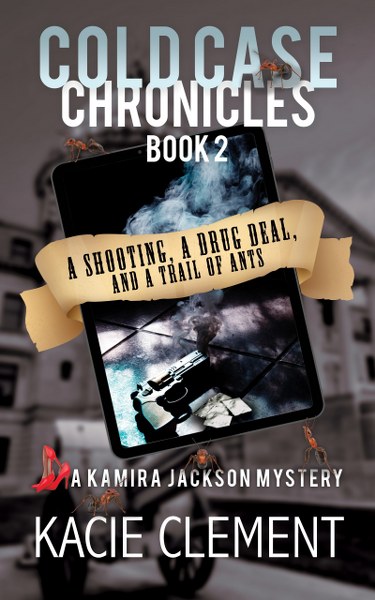 A Shooting, A Drug Deal, and a Trail of Ants
Cold Case Chronicles Book 2

After narrowly escaping with her life, ace Detective Kamira Jackson is back on the beat in the small town of Shadowbank, Mississippi, to dig up dirt on a string of cold cases. Her second taste of Shadowbank crime is the mysterious drive-by shooting of straight-A student Annie Ainsworth ten years ago. Out for an innocent drive with school friends, the night turns deadly leaving the town grieving and in shock, with few answers to follow.

The bungled investigation ten years prior has far-reaching consequences as a nameless killer remains at large. With a string of suspects casting long shadows, Kamira is determined to uncover the truth behind that tragic night, starting with the friends Annie spent that fateful evening with. Whatever became of them? Oddly enough, they were never interviewed. Mere oversight or a fiery red flag?

While Kamira scours the cold case files for hidden clues into Annie’s killer, her colleague, Terrance James investigates a counterfeiting operation that has infiltrated the community with a sea of fake currency. Organized crime has been quietly making inroads into the Shadowbank community for years, but just how deeply are they entrenched?

The very real danger hits too close to home when Deputy Joe Hopkins is found dead under suspicious circumstances. With an officer down, Kamira comes to the disturbing realization that the past and present crimes have a common thread – the State Line Mob. Adding urgency to the investigation, Kamira and Terrance must keep their wits about them as they uncover the patchwork of clues connecting all three cases. Will they discover the truth before the mob strikes again?

Follow Kamira as she investigates cold cases and encounters characters you’ll long remember after turning the last page. A Shooting, A Drug Deal, and a Trail of Ants is the thrilling second book in the Cold Case Chronicles series. 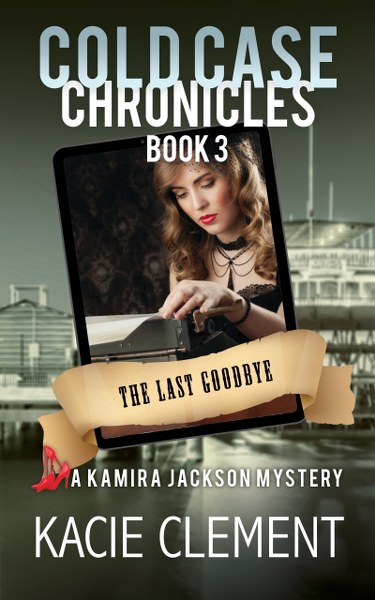 There are no coincidences when murder is afoot.

Once a prosperous estate, Hawthorne Plantation sat abandoned for years after the shocking death of wealthy newlywed Virginia Hawthorne in 1950. Discovered dead on the family estate grounds, the flames of suspicion were never quite extinguished after the disappearance of her husband, Allesandro. New love makes us do funny things, but murder? An unclaimed estate only added to the mysteries surrounding Hawthorne Plantation.

Enter Laura Remington, an ambitious young reporter, keen to make her mark on the world by uncovering the estate’s secret past. Bold and enthusiastic, she ran down all the leads two decades later. Perhaps getting a little too close to the truth, she is found dead under equally unsettling circumstances. Another 50 years pass, and the trail may have run cold, but small towns talk and questions linger on. Was this just another tragic accident, or is there a murderous web of lies still threatening to ensnare the next generation of truth-seekers?

Once again, Detective Kamira Jackson finds herself in the thick of things looking for answers in Shadowbank, Mississippi. With her trusted partner, Terrance James, Kamira seeks out the counsel of Wynn Gunn, director of the local historical society and esteemed expert on all things Hawthorne-related. Even without a living heir identified, the historical society has painstakingly worked to restore the estate to its former glory.

But Hawthorne Plantation isn’t quite ready to give up all its secrets just yet. History threatens to repeat itself when the very detectives who previously investigated Laura’s death die inexplicably. Can Kamira turn up the heat on this cold case before she meets the same terrible fate?

Follow Kamira as she uncovers the hidden truths in her latest electrifying case, The Last Goodbye, book three in the Cold Case Chronicles series. 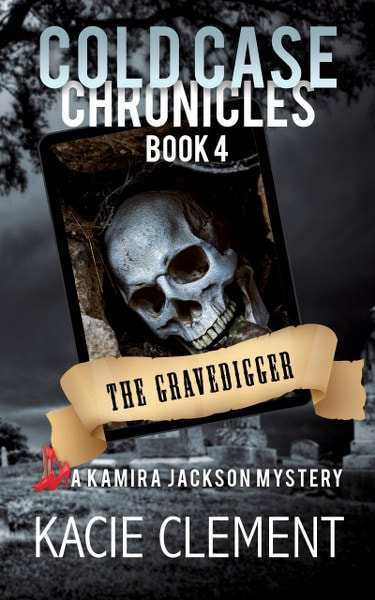 The small town of Shadowbank, Mississippi, holds many secrets. They just aren’t likely to stay buried when the gravedigger comes to town.

Detective Kamira Jackson and her partner in work and life, Terrance James’ plans for a beautiful wedding under the gazebo, coming to a sudden halt when their venue is burned to the group at their rehearsal dinner. Aunt Willie Mae steps in to move the wedding elsewhere, but she has her eyes trained squarely on the likely perpetrators behind the crime, the State Line Mob.

As family and friends descend upon the church to witness the exchange of vows, one unexpected wedding guest is discovered bringing with him more than the usual gift.

Once again, Kamira finds herself embroiled in a cold case with fresh clues on her wedding day.

With Kamira focused on smoking out the killer hiding amongst them, Willie Mae secretly decides to take family matters into her own hands and put an end to the looming threats from the State Line Mob. As she doggedly pursues a dangerous foe, she gets much more than she bargained for.

Will Kamira discover her secret before tragedy strikes?

Join Kamira in her next nail-biting case, The Gravedigger, book four in the Cold Case Chronicles series. 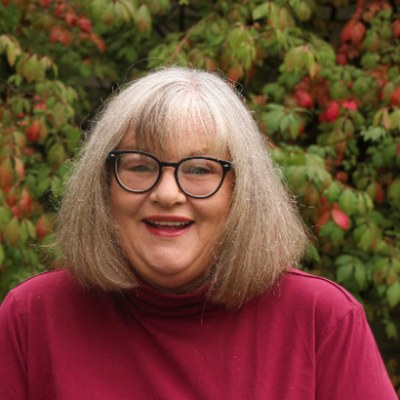 Kacie Clement, a writer of mysteries, has always been passionate about writing and storytelling.
A part of her writing process, she loves to immerse herself in her current project, diving headfirst into the research, writing, and fine-tuning of the stories she feels are the most worthy of storytelling.
Kacie lives in the woods with her husband, two dogs, and an attack cat named Trip.
Kacie is addicted to fresh-baked cookies, coffee, and fabric.