by Amy B. Nixon 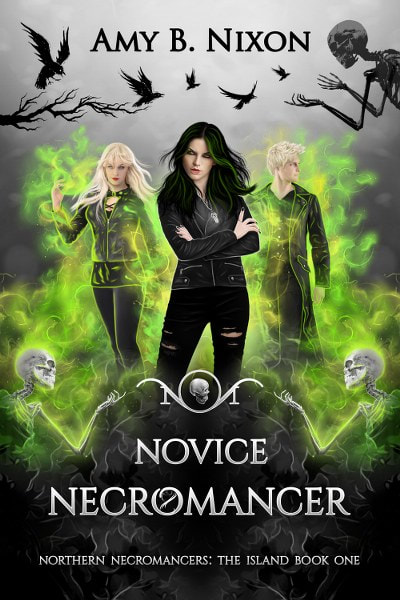 by Amy B. Nixon

Novice Necromancer is a revised edition of my discontinued book Nordstrøm Necromancer. It includes new content, sprinkled throughout the story.

Intrigue, monsters and a forbidden affair. What could go wrong?

Learyn Dustrikke didn’t believe in black magic, until her aunt’s secrets forced her to flee San Francisco and seek shelter on the ominous Nordstrøm Island – an obscure Norwegian holm uprooted from the realm Vanaheim.

Ensnared by the island’s magic, Learyn finds herself in deadlier peril than ever before.

Between juggling the principles of necromancy, waltzing with intrigue and monsters, and falling for a man whose love is forbidden by the gods, can Learyn untangle the web of family secrets before it’s too late? Or will the threat she fled from catch up with her?

Hop on a ride to cinematic lands of atavistic Norse mythology in this NA Dark Fantasy series, as Learyn learns why black magic should not be taken lightly.

(Disclaimer: Every book in the series contains swearing, deaths and occasional gore. The main characters are also featured in my other series Northern Necromancers: The Dragons.) 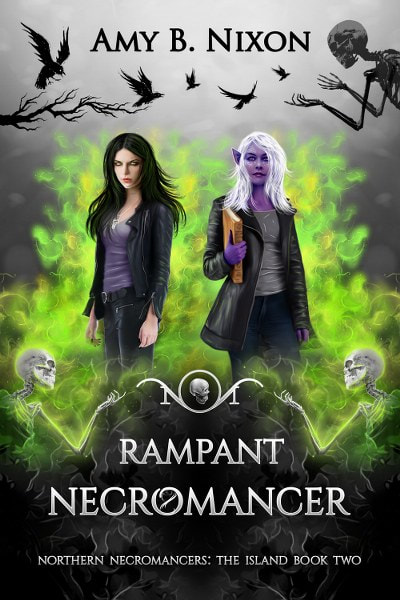 My life got freakier than a black metal music video. Ironic, since my blood runs with black magic.

Newbie necromancer Learyn Dustrikke quickly learned why leaving San Francisco and moving to a chunk of Vanaheim land nestled in Norway was a bad idea.

Nordstrøm Island is anything but the fairytale land she thought it would be. Murderers run rampant in broad daylight. Freshly deceased human flesh rots before her eyes. Wrongfully cast spells serve as a one-way ticket to a soulless eternity. And sneaking out means getting exposed to lethal forces, which are impervious even to necromancy.

The last things on Learyn’s mind are worrying about Dann’s eerie secrets or the furtive warnings of a mysterious dark elf. But in a world where reality is more terrifying than any nightmare, seeking love and friendship will cost her more than she’s prepared to lose.

And that’s just the calm before the storm…

Hop on a ride to mythical lands of ancient Norse mythology in this NA Dark Fantasy series, as Learyn learns why black magic should not be taken lightly.

(Disclaimer: Every book in the series contains swearing, deaths and occasional gore. You’ll also see some characters and events from my series Northern Necromancers: The Dragons.) 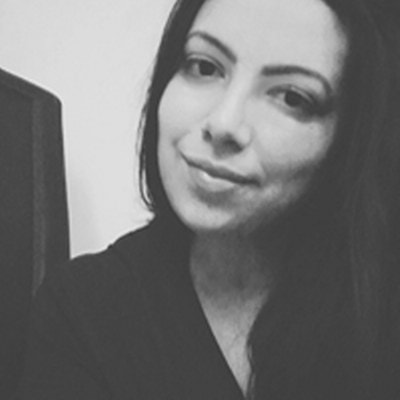 Amy B. Nixon is a designer and columnist by day, an aspiring fiction author by night and a 24/7 caffeine addict.

When she’s not working or writing, Amy enjoys cooking, playing board games, taking roadtrips, shocking the people around her with dark humor, playing the piano and ruining group photos due to not being able to pose seriously for a proper picture.