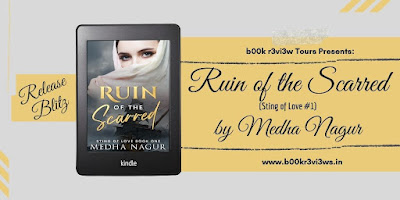 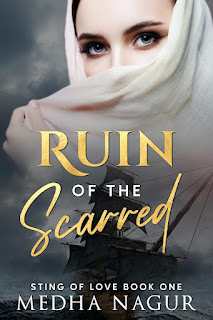 Bidisha, a 17-year-old braveheart, has lived all her life in hiding since she is the daughter of the most wanted woman in Bishnupur. In the calm of the British Raj, Bidisha embarks on the quest to free her mother from the false accusation. But for that, she needs to challenge the royals who dare not stand against the British.
And when she enters the palace, she encounters the power-hungry Yuvaraja Trinabh and his twisted mother, the Rani Maa. Rani Maa despises her dutiful but meek step-son Yuvaraja Prabir and his hound Debesh Das, a Yodha who is his master’s protector. And so, she assigns Bidisha a job to spy.
But hearts entwine, and love meddles their path in the most unpredictable and adventurous ways.
Furthermore, things become dicey when Bidisha slits off her lover’s thumb, the Yuvaraja himself. Her dream to live free becomes a farfetched nightmare as her hiding in the jungle is not an option anymore.
When the deadly romance and the moral complexity are only a superficial part of the deep-rooted dark conspiracy, will Bidisha survive her sinking ground?
Will she emerge a warrior, save her own heart and win her love?
Or, will she succumb to the royal politics, lose her mother and lose herself too?

Read an Excerpt from Ruin of the Scarred

Bidisha’s ears pricked up when she heard twigs snap behind the temple. She looked around as she walked inside after her mother taking cautious steps. Bidisha dumped the clothes on the floor in haste. And her hand went straight to her sword as she walked out. She closed the door behind her and latched it from the outside. Bidisha stepped out in the twilight and walked to behind the temple.
‘Could it be a bear?’
Howbeit, it was not an animal but a man fully clothed in black, his back to her. Bidisha held the sword straight at his neck even before he realised her presence. But in an instant, the man turned around and pulled his sword out. The two blades clanked.
‘Not bad. You sensed my presence,’ he said, his sword moving against her steel as he closed in on her.
‘You’ll be sorry for that soon,’ Bidisha sneered wrapping fingers around her worn hilt as she lurched back against his move, her nose just an inch away from his blade.
The man cut again. She scrambled back. But Bidisha came hard at him as she cut and thrust her sword against his. The two closed in on. Their swords clanked. His deeply set intense dark eyes peeked out at her from under his mask as their blades locked.
‘He is not the same man. He is not Debesh.’
Just when Bidisha aimed at his head, the man suddenly lunged. He caught her wrist and twisted it till she dropped her sword. He picked her sword before he let go of her hand. Bidisha aimed her fist at his jaw and connected. But he moved back just in time, so she was barely able to touch him.
‘Hold on. We can talk,’ he said, taking a step back.
Bidisha advanced, her hand headed straight to his mask. But he dodged her, stepping back into the bush and onto a snake that hissed back at him. To protect himself, he ran ahead and landed on her, losing his balance. Even as he tried to get a hold, Bidisha was on the ground, on her back, groaning. His face above hers, their breath hitched. The man was stiff on his fours as if he was desperately avoiding her touch.
And just when he tried to get up, her eyes widened as the cobra struck right at her face, making it through the gap between the two. She held it and, in an instant, threw it away while the man in the mask slid off her. Bidisha bounced back on her feet when he had already grabbed the two swords he had dropped on the ground. She shuddered as the open mouth of the snake made it again before her eyes.
‘Can we talk now?’
His deep voice reverberated in her chest.
The cool breeze from the lake brought the musk of the mud and the touch of the dew in the dusk moving her out of her thoughts.
About the Author: 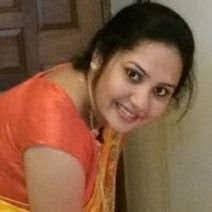 Medha Nagur is anything but a stereotypical homemaker, at home full time but with a pen all the time!
A freelance blogger by profession in her past life, she was on her maternity break when she started writing fiction. Medha considers herself a chronic creative aficionado who loves painting and writing.
Once a lecturer in Science College, where she gave lectures in Computer Science soon after her Masters, was fascinated by the blog world and realized her love for the words and took up writing full time.
She is also at her creative best when it comes to cooking innovative dishes to cater to the needs of her 11-year-old son, 4-year-old daughter, and not to mention her epicure husband. Get a glimpse of her culinary art on Instagram.
A music lover who likes to hit the floor on Zumba numbers is also a fashion enthusiast (like any woman on this planet!).
She wants to be in the womb of nature when it comes to holidays, embracing its warmth, which she believes is a gift to mankind.
All in all, she is born to collect laughs and make a relentless commitment to love so that she can enjoy life in abundance.
Medha on the Web:
Facebook * Twitter * Instagram * Amazon