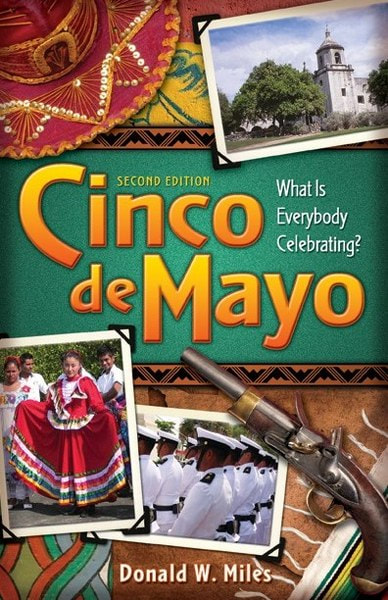 Cinco de Mayo: What Is Everybody Celebrating?

Cinco de Mayo has evolved into a holiday so popular that in the United States it draws larger crowds than here in the United States. About half a million people turn out for the annual event in Los Angeles alone, but exactly what is everybody celebrating? They’re there for the music – and the half-priced margaritas – but if you ask around, you won’t find many people who can tell you what happened in Mexico on that day. There are very few adult-level books currently on the market about that subject, but readers can now learn how the Mexicans took back their country after a five-year struggle against the French army in this 90,000-word book, Cinco de Mayo: What is Everybody Celebrating? (2nd Ed.)

The original 2006 edition has now been upgraded to include color photographs in every chapter and maps to help readers navigate the story. There’s also a new cover which has already won graphics awards for the book design firm that created it. The photos were taken by the author and his wife (who is originally from Mexico City, ) during more than 50 years of family visits and travel to as many as 53 cities in Mexico. 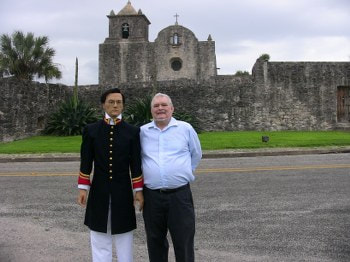 Don Miles’ professional career of almost 50 years was split about evenly between teaching and broadcasting. He was News Director for radio stations in NYC, NY, CT, FL, NE and Texas. He won AP’s “Best Newscast” award in Nebraska, his news teams in Florida and Nebraska have won numerous awards, and he has judged broadcast news awards for UPI Rhode Island. He has taught at the Universities of Florida and Nebraska, at St. Edward’s University in Austin, Texas,and at elementary schools in New York, Connecticut and Texas.

This is Don’s fifth book. There was a 2006 edition of this current volume, but several new features appear in the new version including maps to help the reader navigate the text and color photos in every chapter. There was also Cinco de Mayo, the Novel, published in 2012.

Don’s inspiration for this book came mainly from his late wife, Dr. Minerva Gonzalez-Angulo Miles. Minerva grew up in Mexico City near Emperor Maximilian’s Chapultepec Castle, and would often visit the castle and view the portrait of the emperor and empress whose story is featured as part of the history you’ll follow as you read the book.

3 thoughts on “Cinco de Mayo: What Is Everybody Celebrating?”