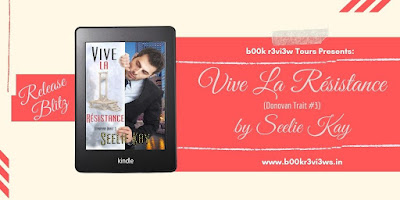 Things are gonna get messy… 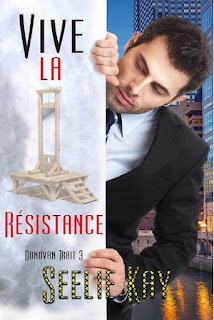 An illegal union, a banned birth, a Great Lie, and now, genocide. Vampire lawyer Donovan Trait and his wife, chemically-turned Judge Shirley Magnusen, are battling for their lives and the lives of their children. The Vampire Coalition wants them dead, but now the despots have also decided to expand their net, targeting any vampire whose blood is mixed with human or Were. Half-bloods are already treated like dirt by the Vampire Nation. They have been subjected to centuries of discrimination and cruelty at their hands. As the Coalition embarks on a campaign of terror, destruction, and slaughter, millions of half-bloods emerge from the shadows, ready and willing to reclaim their place in the Vampire Nation. The problem is, war cannot be unleashed out in the open in the human world, battles must be fought in other ways. Even with an island of highly-skilled vampire nuns and a few Weres and humans at that their side, it appears the Traits may be fighting an unwinnable war. Their only option may be to sacrifice their own lives in the hopes of setting all other half-bloods free.

Donovan shifted on the lounger and muttered incomprehensively, then he emitted a rumbling snore.
“Hey, y’all. So yeah, vampires are real and they’re not above doing the dirty to those who share their blood. Take a look at this.” The Tik-Tokker grinned. “You are not gonna believe it. It’s so shady.”
Video of the Coalition camps rolled across the screen. Occasionally, the camera zeroed in a dirty or bruised Millennial, or a guard pushing a group of people into a building, their ankles locked together with some sort of rope. They were seen eating off of metal plates and lined up to fill a metal cup with something from a barrel. It wasn’t water. The liquid was rust-colored and thick, like blood.

“And the dudes running the place have a Marie Antoinette fetish. You know—” The woman mimicked a knife across her throat. “Off with their heads?” She giggled.

A guillotine appeared on camera. About ten people were in line, each with a black hood over their heads and their arms bound behind them. One at a time, they were pushed onto a stage and forced to their knees, their necks positioned directly under the blade. With manic efficiency, a guard released the blade. Most heads flew into a barrel in front of the platform. The ones that rolled off onto the stage were kicked to their final destination. The headless bodies were tossed onto a pile on the ground.

“Oh, grosss,” the woman complained. She leaned toward the camera. “Kind of like a bad zombie movie, isn’t it?” She sat back in her chair and made a face. “Whatever. I mean, like, are we supposed to believe that’s really happening? Isn’t that against the law or something?” She cackled. “As if.” She leisurely stretched her body, her crop top exposing a belly button ring. “I’m so shook.”

The woman tossed her hair over her shoulder and smiled. “Now, I’m not sharing this for the views. It is kind of sus. But if this shit is real, someone needs to get off the pot and do something about it. Aren’t there any woke cops out there who can play the James Bond card? Before anymore—” She swiped her finger across her throat and giggled. Then the screen went black.

Donovan shot up in his chair and blinked. Once. Twice. He shook his head and attempted to gather himself. What the hell? Sure, he had needed the sleep, even if it was only a thirty-minute nap, but the dreams he could do without. It had been less than forty-eight hours since the worldwide kidnappings. Donovan knew preparations for rescue were underway. But he also knew Bengotten and Hannigan were capable of even greater cruelty. He could only imagine the terror and the torture the victims were being subjected to.

It was difficult to understand how the vampire world was capable of this. He had long prided himself on their natural superiority, their ability to rise up above the petty politics and unjustified violence in the human and Were worlds. Yet overnight, vampires had become the monsters, the tyrants capable of such evil. That astonished him. For the first time in his long existence, Donovan was ashamed of being a vampire. If it was possible, he might very well submit to being turned into a human or a Were. He buried his face in his hands. Yes, he could live as a human. Perhaps he could ask Dr. Alvarez to find a way to turn off his vampirism, maybe using the gene-editing Marilyn could not stop talking about.

Award-winning author Seelie Kay writes about lawyers in love, sometimes with a dash of kink.

When not spinning romantic tales, Seelie ghostwrites nonfiction for lawyers and other professionals. Currently, she resides in a bucolic exurb outside Milwaukee, WI, where she enjoys opera, the Green Bay Packers, gourmet cooking, organic gardening, and an occasional bottle of red wine.

Seelie is an MS warrior and ruthlessly battles the disease on a daily basis. Her message to those diagnosed with MS: Never give up. You define MS, it does not define you!