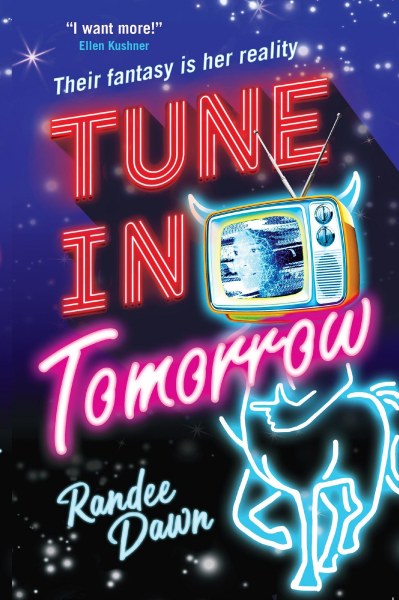 “I thought I’d seen everything in the galaxy of reality TV, until Randee’s book!”

Starr Weatherby came to New York to become… well, a star. But after years of unsuccessful struggling, she’s offered a big role – on a show no one has ever heard of. An over 400-year-old reality TV/docusoap, Tune in Tomorrow is shot beyond the “Veil” by mythical creatures, stars humans – and “streams” out to a fanatical audience of fantastic creatures, who are positive that they are getting a peek into real human lives. And in a way, they are.

But Starr’s transformation from astounded newcomer to fan favorite is hardly smooth: A desperate, devious diva wants her gone; a handsome Lothario’s advances are suspect; her assistant is organizing a strike – and was her predecessor dropped into a bottomless pit? Starr vows to do whatever it takes to keep her dream job, but her struggle to save the show quickly becomes a fight… for her life.

Weaving together a unique combination of pop culture, fantasy and humor, Tune in Tomorrow takes readers on a roller coaster ride behind the scenes to see how the TV sausage gets made. But amid all the wackiness, tough questions arise: What is “reality”? And what might it mean to win a prize that makes you immortal?
“Tune in Tomorrow is a book packed with some of the things that make me happiest: TV, divas behaving badly, being torn between two lovers, magical creatures and mangoes. Yes, mangoes,” Dawn says. “It’s a nutty tale of redemption and renewals, and I’m hoping everyone will tune in!”
A funny, thrilling and mysterious adventure into the alternate world of reality television, Tune in Tomorrow is perfect for fans of Jasper Fforde, Terry Pratchett, and Christopher Moore.

ADVANCE PRAISE FOR TUNE IN TOMORROW

the Backstage Comedy Fantasy Romance — and I want more!”

“Dawn’s Tune in Tomorrow is a ton of fun with a lot of heart, charming characters, and devilish foes. And it’s funny as hell.” – Zin E. Rocklyn, author of Flowers for the Sea

“Few authors can open the door to another world as easily as you might turn on the TV, but Randee Dawn has the key and the remote control firmly in her hand. Flip through the fae and the grindylows, let her be your TV guide and psychopomp. You will find yourself howling at the gate for a rerun.” 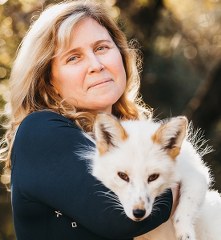 Maryland-born Randee Dawn is now a Brooklyn-based entertainment journalist who scribbles about the glam world of entertainment by day, then spends her nights crafting wild worlds of fiction. She’s a former editor at The Hollywood Reporterand Soap Opera Digest, and these days covers the wacky world of show business for Variety, The Los Angeles Times, Emmy Magazine and Today.com. Dawn’s obsessive love of all things Law & Order led her to appear in one episode and later co-author The Law & Order SVU: Unofficial Companion. Her short fiction has appeared in numerous anthologies and online publications; she also dreams up trivia questions for BigBrain Games. Once a month she can be found hosting Rooftop Readings at Ample Hills Creamery in Brooklyn, and when not writing she’s focused on her next travel destination, and hangs out with her wonderful, funny husband and fluffy Westie. She admits she reads way too many books and consumes far too many mangoes.