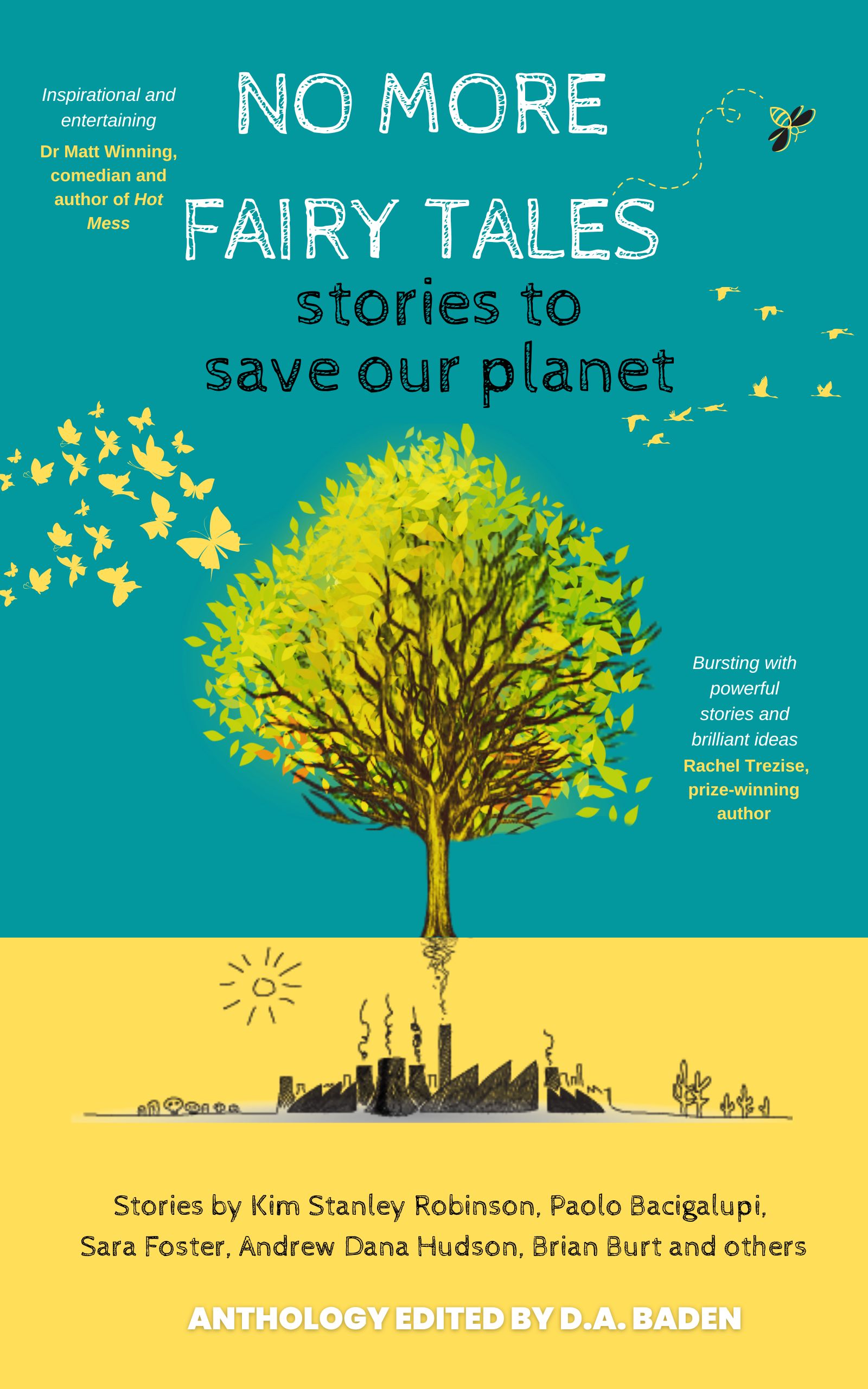 Stories to Save Our Planet

These 24 stories are written by a variety of authors, with the aim to inspire readers with positive visions of what a sustainable society might look like and how we might get there.

The stories are diverse in style, ranging from whodunnits to sci-fi, romance to family drama, comedy to tragedy, and cover a range of solution types from high-tech to nature-based solutions, to more systemic aspects relating to our culture and political economy. 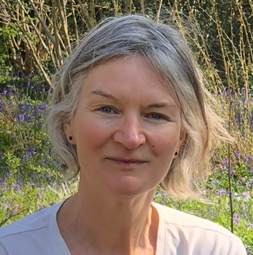 EDITOR/AUTHOR: D.A. Baden is Professor of Sustainability at the University of Southampton and has published numerous book chapters and articles in the academic realm, and a eco-themed rom-com Habitat Man. She wrote the script for a musical, performed in Southampton and London in 2016, and has written three other screenplays. Denise set up the series of free Green Stories writing competitions in 2018 to inspire writers to integrate green solutions into their writing (www.greenstories.org.uk). Denise has written three stories for this anthology, and co-written two others. The Pitch is adapted from her novel Habitat Man. Follow on https://www.dabaden.com/ and @DABadenauthor 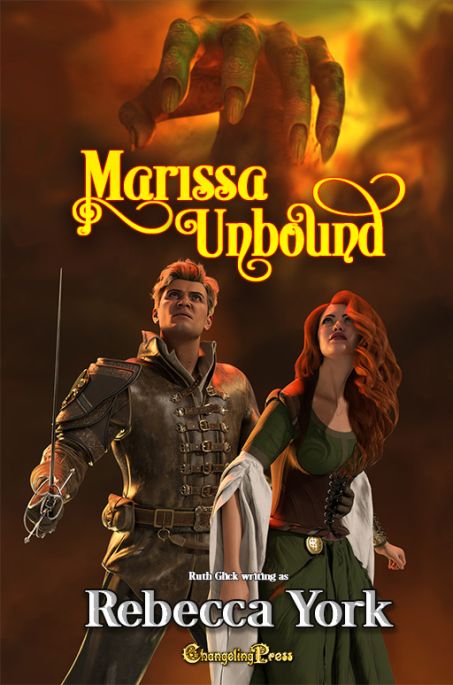 When Marissa learns her abusive husband, Arfon Hanson, plans to murder her so he can take another wife, Marissa flees. She hopes to find sanctuary at the convent where she was educated, but fate intervenes when Steffan Gwinett rescues her from the henchmen Arfon sent to bring her back.

Years ago, Marissa and Steffan had been in love, but her father broke off their relationship, sending her away. Their chance meeting rekindles all their old feelings for each other. After they make love, Steffan vows to expose Arfon for a would-be murderer.

Marissa won’t let Steffan take on the dangerous job alone. She disguises herself as a boy, and they begin an investigation of Arfon. They get more than they bargained for when they discover her husband is the leader of a demon-worshiping cult — and is making plans to offer a local boy as a sacrifice. Can they rescue the victim and find a happy ever after for themselves? 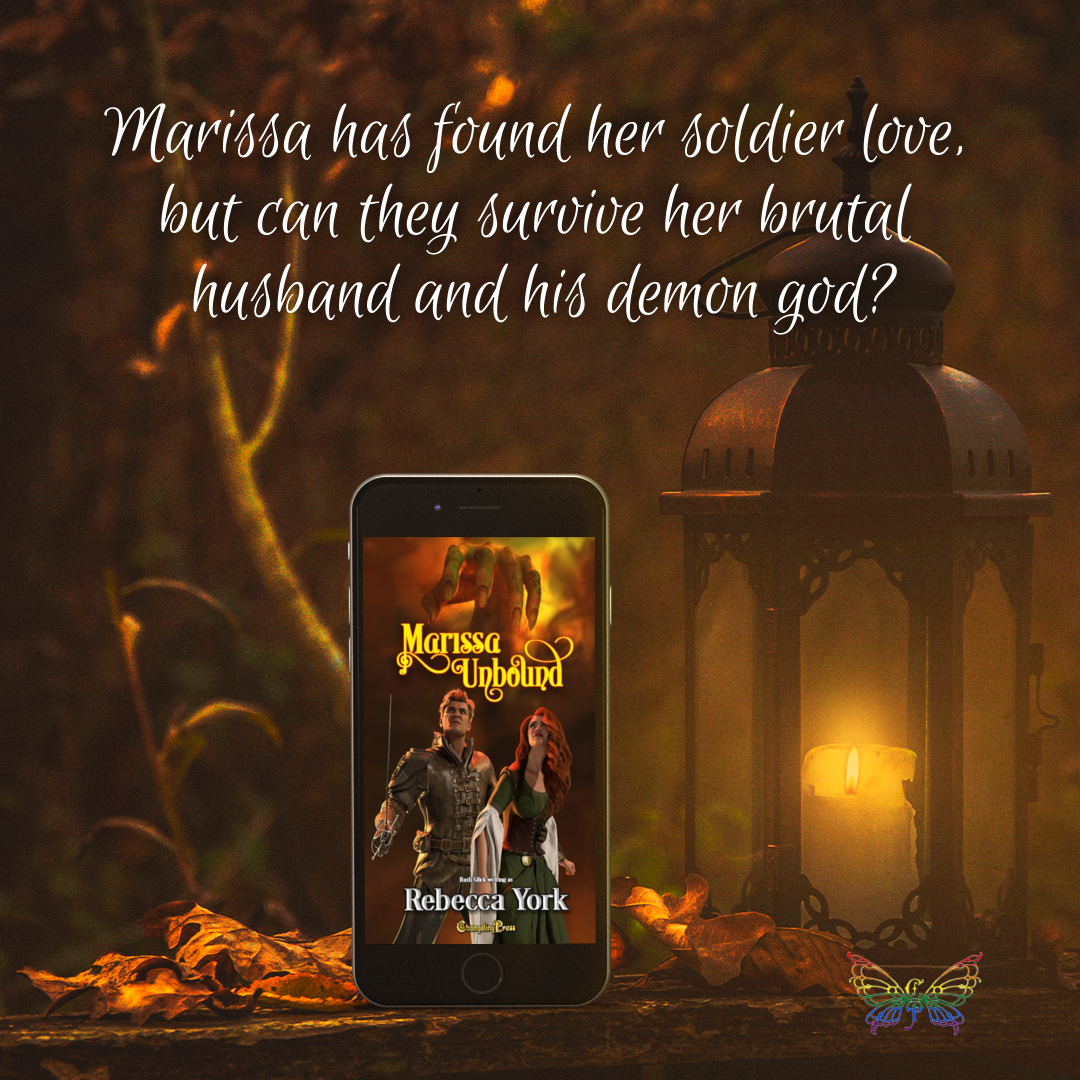 Steffan Gwinett rode past the darkened house and dismounted in the pasture where Darias, his horse, could graze as he would. The moon was almost full, and the sky danced with stars, the heavens giving him enough light to guide his steps. He stood for a moment looking toward the spot where the bee boxes had stood. He could see no sign of them now.

“I’ll be back soon,” he said to his steed, before turning toward the cottage.

It was not an imposing dwelling. The main room had a packed dirt floor. When he’d lived there, the only furnishings had been a large fireplace for warmth and cooking and a table and chairs for sitting and eating. Up above, on the opposite side from the fireplace, was a narrow loft where he had slept. Beyond the main room lay another, barely large enough for a mattress, where his parents had slept until his mother had died. Then it was only Steffan and his grizzled old father — until his father, too, had succumbed to years of hard labor.

Steffan’s father had been a farmer whose fortunes rose and fell with the vagaries of the weather. When the crops were good they ate well, with extra coin for buying necessities they could not make themselves. Sometimes they could even afford a few luxuries, like sturdy fabric for his mother to sew into clothing.

Steffan had known that hardscrabble life was not for him. He’d dreamed of running off with the girl he loved, though that had only been a foolish fancy.

After reality had crashed over him, he had gone off to join King Norwen’s troops. That had not worked out either. Three years of enforcing the king’s draconian edicts had been enough for him. He’d declined his next enlistment and taken the coin he’d managed to save during his time of service.

Now here he was, having another look at this land, wondering if he could make it work for him in a way his father had never considered.

He was almost to the front door when he stopped short. Since childhood he’d enjoyed a talent other people did not possess. He had no name for it, yet somehow he always knew when he was not alone.

That sixth sense had saved his life more than once when he’d been a member of the royal troops — like the time they’d been ordered to clear a town of troublemakers. One of the ruffians had been waiting with a heavy club at the intersection of two streets. Sensing him, Steffan had stopped in his tracks and turned the tables on the would-be assailant.

That same ability slowed his steps now as he approached the cottage. Stopping short of the entrance, he drew his knife and reached for the knob, easing the door inward a few inches. At the same time, he stepped to the side so that he would not be an immediate target. With the door cracked, he stood in the cool night air — listening. He could hear nothing. The house looked as though it was abandoned, yet his instincts told him that was not true. Pushing the door open a bit farther, he peered into the darkness, waiting for his eyes to adjust to the shadowy interior. When he could take in details, he scanned the room. The table and chairs were gone, as was all the cooking equipment near the fireplace.

He tipped his head up, directing his attention to the loft. Someone could be up there in the shadows, waiting to leap down on anyone who entered. A quick glance told him the access ladder was also missing. Unless an intruder had pulled it up after himself, there was no way to reach the sleeping platform.

Who would be in here? From the squalid looks of the interior, obviously not someone who had made a home in this empty cottage. Perhaps it was a ruffian using it as a temporary hideout.

With the main room cleared, his next target was the bedroom. Quietly he crossed the packed dirt and listened at the ripped curtain that still hung there.

Steffan detected nothing — until the curtain flew open and a dark figure leaped out at him, the only thing clearly visible the glint of moonlight on steel.

Only Steffan’s instincts and his hours in the practice yard saved him from a serious knife wound. He twisted away from the assailant and thrust out his foot, sending the knave sprawling and their blade skittering away.

The man was hardly an experienced fighter, Steffan noted as he followed the attacker down, trapping him against the packed earth floor.

The man? No, it must be a youth. In their frantic struggle he detected little meat on the assailant’s arms, and little muscle mass. This boy had no idea how to fight off a warrior — luckily for Steffan. “Stop struggling before you get hurt,” he growled.

Probably realizing that further combat was dangerous, the assailant took his advice — which gave Steffan time to evaluate the body that lay beneath his. He had expected a shallow chest to go with the spindly arms. The reality was quite different. Instead of a boy’s upper trunk, he felt the swell of nicely rounded breasts. Confusion grabbed him as he stared down into glaring green eyes. Familiar eyes — eyes that took him back to another time and place.

He gasped, feeling as though he had taken a hard blow to the gut in a jousting match. For heartbeats he was frozen in place — as was the girl who glared up at him.

Finally he was able to choke out, “Marissa Dumfries.”

New York Times and USA Today Best-Selling Author Rebecca York began her career as a journalist writing articles for newspapers and magazines, but after several years decided to try writing fiction. She’s a highly successful author of over 50 romantic suspense and paranormal novels and is the head of the Columbia Writers Workshop. Her many awards include two Rita finalist books. She has two Career Achievement awards from Romantic Times: for Series Romantic Suspense and for Series Romantic Mystery. Her Peregrine Connection series won a Lifetime Achievement Award for Romantic Suspense Series. She collects rocks, and enjoys cooking, walking, reading, gardening, travel, and Mozart operas.