If you are a regular to the blog you will know that I go traveling at the weekends to a couple of my usual haunts.. One of which is Thistledown, created by Teagan Geneviene, to check on the adventures of Bedlam a young fairy. For the last few weeks Bedlam has been trapped in the colourless world away from her friends. They miss her but it is summer and time for their seasonal festivities. Click the link at the end of this brief introduction and join the fun…..

And by the way this week I have a starring role as Poppy Songbird… catch my performance – without a net….

Welcome back to the faery land of Thistledown.  Things have taken a much more serious tone in recent episodes.  Our friends might resort to drastic measures as they try to fix the situation.

Bob the hummingbird has something up his tiny…

The A to Z Challenge asks bloggers to post every day except Sundays during the month of April on a thematic topic. This year, my second year with A to Z, I’ll cover thirty more writing genres (I covered thirty last year!). 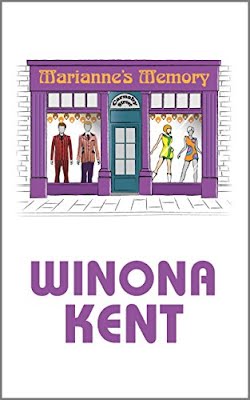 Marianne’s Memory is the third novel in Winona Kent’s accidental time travel / historical romance series, featuring Charlie Duran and her 19th century companion Shaun Deeley.
A Beatles badge from 1965 accidentally sends Charlie and Shaun back to London at the height of the Swinging Sixties, where they’re mistaken for KGB spies and subjected to a terrifying interrogation.
Rescued by top-ranking MI5 agent Tony Quinn, they soon uncover the details of a child born out of wedlock to Charlie’s mum and the uncomfortable truth about Charlie’s dad’s planned marriage to selfish socialite Arabella Jessop.
Further complicating their journey into the past is Magnus Swales, an 18th century highwayman turned time-travelling assassin, and the timely arrival of William Deeley, Shaun’s father, who’s been persuaded to leap forward from 1790 in order to save Tony from Swales’s deadly mission. 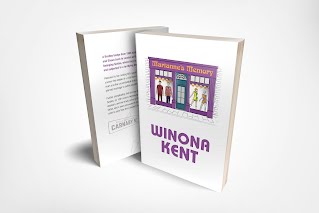 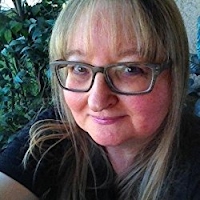 Winona Kent was born in London, England. She immigrated to Canada with her parents at age 3, and grew up in Regina, Saskatchewan, where she received her BA in English from the University of Regina. After settling in Vancouver, she graduated from UBC with an MFA in Creative Writing. More recently, she received her diploma in Writing for Screen and TV from Vancouver Film School.
Winona has been a temporary secretary, a travel agent and the Managing Editor of a literary magazine. Her writing breakthrough came many years ago when she won First Prize in the Flare Magazine Fiction Contest with her short story about an all-night radio newsman, Tower of Power. More short stories followed, and then novels: Skywatcher, The Cilla Rose Affair, Cold Play, Persistence of Memory and In Loving Memory. Marianne’s Memory is Winona’s sixth novel.
Winona currently lives in Vancouver and works as a Graduate Programs Assistant at the University of British Columbia.
Contact Links
Website
Twitter
Facebook
Instagram
Promo Link
Purchase Links
Amazon
Amazon.co.uk
Amazon.ca