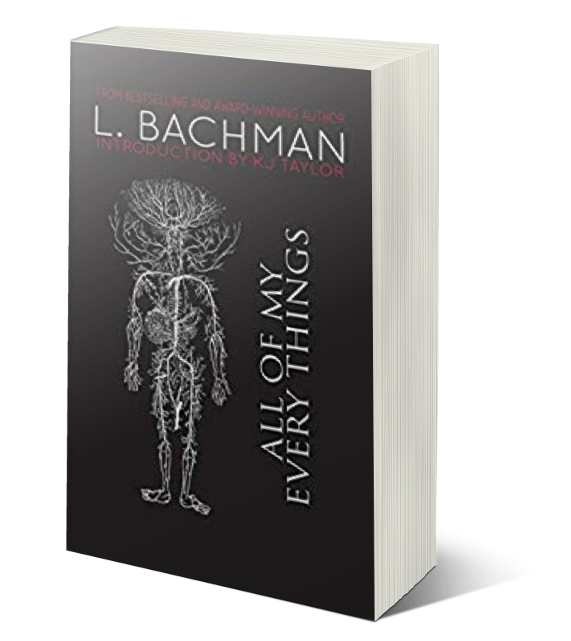 This is not a normal poetry book. It is an exorcism of the soul. A poet will write about the highs and lows of their life in excruciating beautiful ways. Wrapping their pain with a ribbon to either be kept as a secret or presented. L. Bachman has gathered some of her most emotionally raw verses selected from a nineteen-year period of her life and is the first volume of complete non-fiction to date.
With bruised white knuckles, created by a humbled self-diagnosed battered and broken being on the road to healing and coping from a painful childhood. This is a display of work created to express personal struggles and surviving through periods of insomnia, moments of love, depression, anxiety, and healing.
Cover to cover you will read the inner workings of a reclusive introvert that has spent her lifetime trying to answer her own questions about who she is, what part she plays in life, and trying to heal from things she couldn’t. You will see into the mind of the woman known as L. Bachman through over thirty poems left up to the reader to interpret with an introduction by author KJ. Taylor.
Goodreads * Amazon 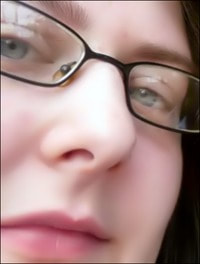 At a young age, Lynn Lesher began writing and creating digital art, unaware these things would play such a powerful role in her life. Taking upon the pen name L. Bachman, she began putting her talents to good use in her publishing career. Firstly, she put her skills as a digital graphic artist and in 2015 she published her first book, Maxwell Demon, introducing the world to The Blasphemer Series. A series she began developing in her youth. This led to her second release, a short story titled Human Ouija, that garnered her being listed as a bestseller and went on to gain awarding from “Author’s Excellence Awards” for “Best Horror Story 2017”.
She continued as a freelance graphic artist throughout her career creating a network that led to her being involved in several anthologies for charitable causes. These shorter stories can still be found in various publications, including her work Little Lunacies. Bachman became known for her emotional darker style, through these shorts and her novels, that some called ‘gothic in nature’ and ‘reminisce of an older style of writing’.
In 2019 she released her first non-fiction poetry collection called All of My Every Things, that continued holding true to the style she’s become known for. This poetry collection has been called ‘an exorcism of a soul’ as it bears some of her most emotionally raw poems collected over nineteen years of her life.
If you would like to read a longer biography, check out interviews and media, get updated by subscribing to her newsletter, or check out more information on L. Bachman, you can go to her website www.lbachman.com.
Website * Facebook * Twitter * Instagram * Bookbub * Amazon * Goodreads

2 thoughts on “All Of My Every Things by L. Bachman Genre: Poetry”