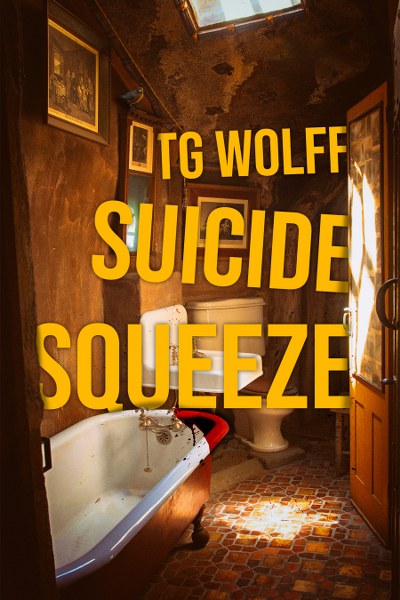 Diamond. One name for a woman with one purpose. Or she was, until she finished her to-do list. Now she’s just a woman ready to be over with it all.
Hanna Lang is the kind of woman men write bad checks for. She has a problem. Her man, Dr. Damon Marten, disappeared in the middle of an ordinary day. The police aren’t concerned but Hanna knows better. A clandestine meeting leaves her with an address, a sealed envelope, and one last hope. An hour later, she rings a doorbell.
Before Diamond was a widow, she was CIA agent with skills illegal in a dozen countries. When her marker is called in, she has no choice but to listen. It’s just like fate throw her a curve ball, sending her the one problem she can’t walk away from. Hanna’s situation is virtually identical to her own with one exception: Hanna’s man might still be alive.
Diamond reluctantly takes the case. She dives into the mystery, surfacing in the middle of a scavenger hunt for a secret known as Poe’s Raven. It takes Diamond’s flair for the impossible to capture this bird, only to discover what’s in her hand has the potential to take terrorism to a chilling new level. And fate isn’t done with Diamond, forcing her to put it all on the line or risk setting the caged bird free.
Praise for the books by TG Wolff:
“TG Wolff’s Detective De La Cruz is caught in the crosshairs of solving heinous crimes, defending himself against a wrongful lawsuit, helping an abusive drug dealer’s family, thwarting his mother’s matchmaking, and falling in love. Pit against those who subvert justice and twist the law to suit their own ends, Cruz stands true while suffering his own demons—everything a hero should be. Wolff’s unsentimental and precise writing draws readers. Add Exacting Justice to your ‘to be read’ pile.”
—E. B. Davis, mystery author
“Working with an incarcerated population, I deal regularly with people who have made poor life decisions but who can be inherently funny, surprisingly talented, or overly concerned. I know that simple labels of ‘good’ and ‘bad’ don’t work in the real world. In Exacting Justice, TG Wolff created characters just as messy, complicated, and dynamic as real life that keep you wanting to read page after page.” —Vincent Giammarco, Director of Behavioral Health Care
Add to Goodreads
Amazon * Apple * B&N * Google * Kobo 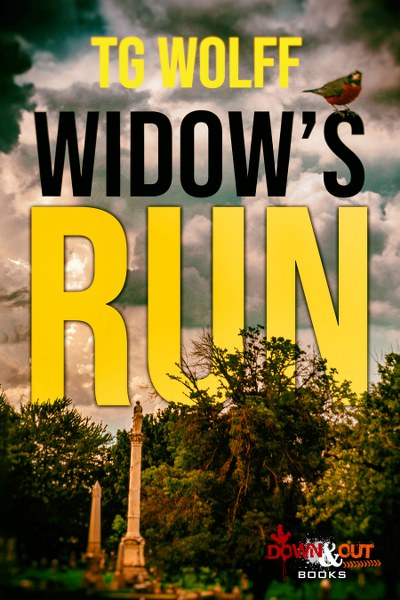 One night in Rome. One car. One dead scientist. Italian police investigate, but in the end, all they have are kind words for the new widow. Months later, a video emerges challenging the facts. Had he stepped into traffic, or was he pushed? The widow returns to the police, but they have little interest and no answers. Exit the widow.
Enter Diamond. One name for a woman with one purpose. Resurrecting her CIA cover, she follows the shaky video down the rabbit hole. Her widow’s run unearths a plethora of suspects: the small-time crook, the mule-loving rancher, the lady in waiting, the Russian bookseller, the soon-to-be priest.
Following the stink greed leaves in its wake reveals big lies and ugly truths.
Murder is filthy business. Good thing Diamond plays dirty.
Praise for WIDOW’S RUN:
“Tina Wolff’s novel is for crime-fiction fans who like it action-packed and hard-edged. Written with feisty panache, it introduces Diamond, one of the most aggressive, ill-tempered, and wholly irresistible heroines to ever swagger across the page.” —David Housewright, Edgar Award-winning author of Dead Man’s Mistress
Add to Goodreads
Amazon * Apple * B&N * Google * Kobo 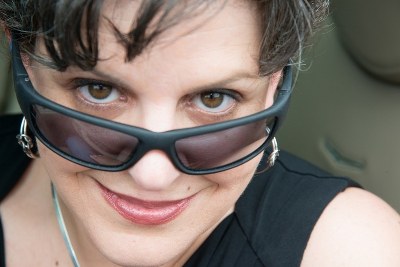 I am TG Wolff, a native of Cleveland, Ohio, born shortly after the river burned. I have always loved puzzles. It doesn’t matter if the puzzles are made of words, numbers, or pictures. I’m not a cop or a lawyer, I’m an engineer. My stories aren’t police procedurals or legal thrillers, they are mysteries designed to be solved. My stories are about the plot, the puzzle, and the fun twist of humor that makes life entertaining.
Website * Facebook * Twitter * Instagram * Bookbub * Amazon * Goodreads