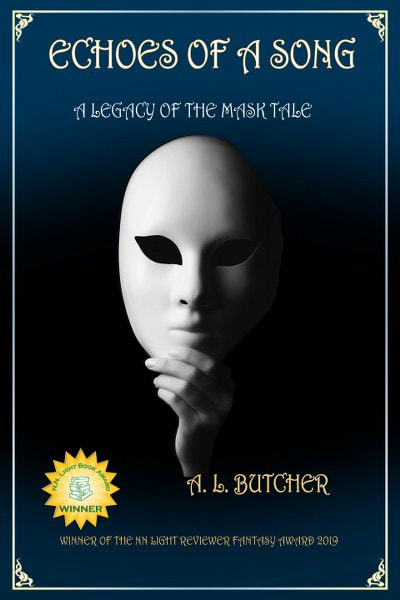 Echoes of a Song
A Legacy of the Mask Tale
by A.L. Butcher
Genre: Historical Fantasy

A dozen tumultuous years after the dramatic events at the Paris Opera House Raoul, Comte de Chagny is still haunted by the mysterious Opera Ghost – the creature of legend who held staff at the Opera House under his thrall, kidnapped Raoul’s lover and murdered his brother. In Raoul’s troubled imagination the ghosts of the past are everywhere, and a strange and powerful music still calls in his dreams.
Madness, obsession and the legacy of the past weave their spell in this short, tragic tale based on the Phantom of the Opera.
Approx 8000 words.
Winner of the NN Light Reviewer Award for Fantasy 2019.
Add to Goodreads
Amazon * Books2Read 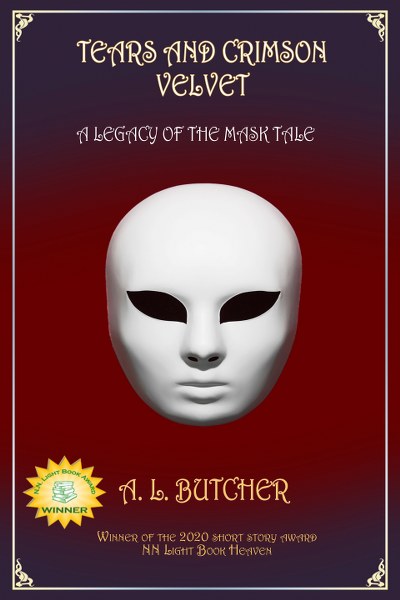 Tears and Crimson Velvet
A Legacy of the Mask Tale

Madame Giry finds herself embroiled in the tragedy unfolding at the Opera house; mystery and murder stalk the corridors and, it is said, a ghost haunts the place. Giry knows the truth, for she recalls the caged man she met so many years ago. This is her story, their story.
When murder and mystery begin at the Opera House one woman knows who is behind it, and what really lies beneath the mask. Secrets, lies and tragedy sing a powerful song in this ‘might have been’ tale.
Winner of the NN Light Book Heaven short story award 2020.
Add to Goodreads
Amazon * Books2Read

British-born A. L. Butcher is an avid reader and creator of worlds, a poet, and a dreamer, a lover of science, natural history, history, and monkeys. Her prose has been described as ‘dark and gritty’ and her poetry as ‘evocative’. She writes with a sure and sometimes erotic sensibility of things that might have been, never were, but could be.
Alex is the author of the Light Beyond the Storm Chronicles and the Tales of Erana lyrical fantasy series. She also has several short stories in the fantasy, fantasy romance genres with occasional forays into gothic style horror, including the Legacy of the Mask series. With a background in politics, classical studies, ancient history and myth, her affinities bring an eclectic and unique flavour in her work, mixing reality and dream in alchemical proportions that bring her characters and worlds to life.
She also curates speculative fiction themed book bundles on BundleRabbit – for the most part the Here Be Series
Alex is also proud to be a writer for Perseid Press where her work features in Heroika: Dragon Eaters, Heroika Skirmishers – where she was editor and cover designer as well as writer; and Lovers in Hell – part of the acclaimed Heroes in Hell series. http://www.theperseidpress.com/
Awards: Outside the Walls, co-written with Diana L. Wicker received a Chill with a Book Reader’s Award in 2017.
Website * Blog * Facebook * Twitter * Instagram * Bookbub * Amazon * Goodreads

Follow the tour HERE for special content and a giveaway!
$20 Amazon giftcard,
Free Audible edition of both books (UK, US, DE),
Signed print copy (or large print – winners choice) of either book,
Free copy of Kitchen Imps and Other Dark Tales (fantasy) in either ebook, signed printed edition or audible.
-1 winner each!
a Rafflecopter giveaway https://widget-prime.rafflecopter.com/launch.js