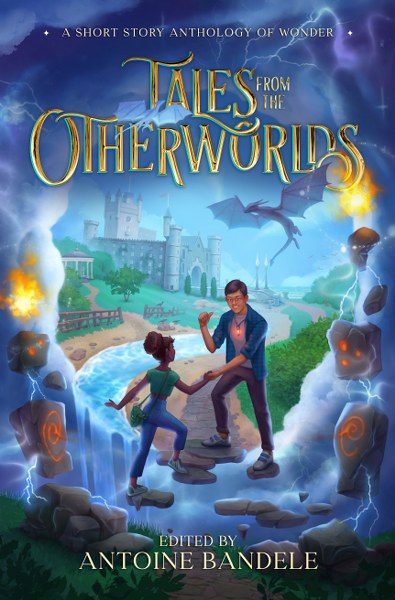 Tales From the Otherworlds

Journey with children, fae creatures, and gods alike as they navigate the joy of friendship, the struggles of finding identity, and the unclear pathways of strange new worlds.

From bestsellers to rising voices, 11 terrifically talented authors explore the many faces of whimsy and wonder, mischief and misdoings.

The Otherworlds call to the brave, the extraordinary, and the fated. They call to you, adventurer. Will you answer?

Will of the Mischief Maker by Antoine Bandele

What happens when a deity needs a human body? They go to the source, of course.

The Queen’s Kitchen by K.R.S. McEntire

When young Joy opens a secret door to her basement, she finds herself in a world she might not be prepared for.

A Trip to Sunma by Jessica Cage

Twelve-year-old Ameer takes an unexpected trip to an alien world and learns that you can make friends in unexpected places.

The Guardian’s Twin by Kish Knight

When strange new friends come around claiming to know her, Kayla joins them and discovers a magical secret about her lost sister.

No Way Out by Ken Kwame

Celine Musa steps into a world where nothing makes sense and where dangerous creatures want to harm her, or worse.

When the creatures of the Otherworld go missing, it is up to Cernunnos, the God of All Wild Things, to seek out answers, that is, until he gets sick.

The Beams of Faelleria by Ryan J. Schroeder

When a middle school science fair contestant finds himself transported to a fairy kingdom, he’ll need science, magic, and a new friend to find his way back home.

Twelve-year-old Ruby Freeman and her best friend Jabari Lee travel to the Kingdom of Life to recover a magical pearl in order to save her family’s farm.

The Portal to Aril by Brittany Hester

Keke’s powers are the key to bringing justice to her race. There’s only one problem, she has no idea how to be a necromancer.

What’s a girl to do when she finds herself trapped within the fae realm?

Magiks and the Tale of Two Kings by Loup Gajigianis

One wizard, one warrior, and two kings. Will trust win over treachery? 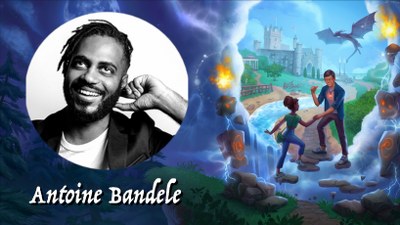 He was born and raised in Los Angeles, though he spent one year in Fort Lewis near Tacoma, Washington while his father served in the U.S. Army.

He lives in Los Angeles with his girlfriend and cat. You can find him producing videos all over YouTube, including his own channel (which you should totally check out). He is also an audiobook engineer.