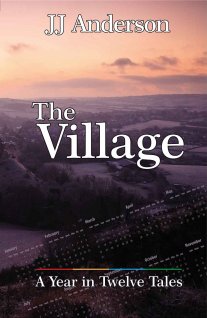 Amusing, engaging and moving – just some of what readers say

It is New Year and a father and son visit a disused aerodrome, where they find a mysterious link to their past. In Spring a young boy becomes entranced by nature, he is growing up as he chases a hare. A marriage enters its death throes, with a terrifying drive. May-time sees a gardening competition re-kindle an old rivalry amid mourning and bereavement. There are dastardly deeds at the Summer Fete. Real violence erupts with an influx of transient newcomers at harvest time. Later, in the rain, a new arrival to the village learns the importance of first impressions.

Twelve inter-linked stories portray a year in the life of the village and its wide cast of characters, as four generations of the Marshall family negotiate their own family saga, while, around them babies are born, plots are hatched, romance blooms and marriages founder and death, both anticipated and unlooked for, pays a call.

After a fulfilling and successful career in the British Civil Service, Julie Anderson took early retirement and, deciding that the fun mustn’t end, became a writer and publisher, writing under the name J.J.Anderson.
Julie was born in the English midlands, spending much of her childhood in a semi-rural village and has close links with the south west of England. Yet she has lived in South London with her husband and cats for most of her adult life. There they enjoy the cultural life of the city and eating out with their friends. Occasionally they visit their Andalucian retreat.
Julie blogs under the name ‘JulieJ’, at http://www.thestorybazaar.com . She reports on current cultural events and exhibitions in London, places and people of historical interest, life and events in southern Spain and writing and publishing.
Julie set up The Story Bazaar publishing imprint, in January 2015, so as to publish her own writing and take advantage of the freedom offered by digital technology, print on demand and the access to market via numerous online retailers and booksellers. But she found lots of other people, just waiting for the opportunity to share their writing, be it fiction, memoir or other forms, with a wider audience. So the Bazaar has grown in conception and will grow in actuality as others books appear under the imprint. Its first publication is ‘The Village; A Year in Twelve Tales’ which is J.J.Anderson’s first collection of short stories.
J.J.Anderson’s next book is ‘On the Frontier’, an adventure story for children of all ages and the first in the Al Andalus series. 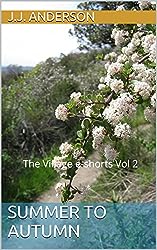 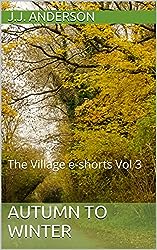 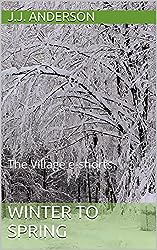