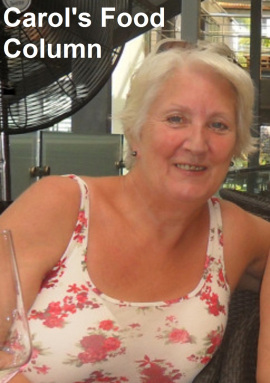 This week Carol Taylor shows us how to prepare Hot Cross Buns and Fish Balls (sorry Carol but I am sure there is a joke in there somewhere).

There have been packets of hot cross buns in our supermarket for the last four weeks, all with long expiry dates (suspicious)… make your own from scratch and enjoy not just the flavour but the knowledge that you getting the real thing.

How many of you remember singing one a penny, two a penny, Hot cross buns or am I showing my age?

It became an English language Nursery Rhyme and a street cry referring to those spicy Easter buns…associated with the end of Lent.

Time for some lighthearted fun…

Sherlock Holmes and the Stars at Night.

Sherlock Holmes and Dr Watson go on a camping trip. After a good dinner and a bottle of wine, they retire for the night, and go to sleep. Some hours later, Holmes wakes up and nudges his faithful friend.

“Watson, look up at the sky and tell me what you see.”

“I see millions and millions of stars, Holmes” replies Watson.

“And what do you deduce from that?”

Watson ponders for a minute. “Well, Astronomically, it tells me that there are millions of galaxies and potentially billions of planets. Astrologically, I observe that Saturn is in Leo. Horologically, I deduce that the time is approximately a quarter past three. Meteorologically, I suspect that we will have a beautiful day tomorrow. Theologically, I can see that God is all powerful, and that we are a small and insignificant part… 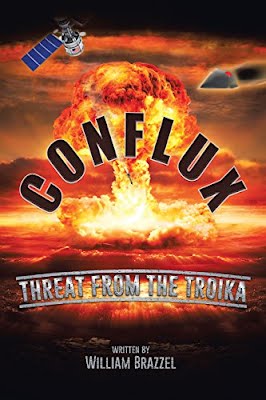 A new threat to the United States has emerged within its own borders. Deutsche Christen, a powerful paramilitary organization, led by a ruthless ex-Special Forces Officer, Carl Dietrich, is threatening to overthrow the U.S. government and assume absolute power over the country.
Bolstered by the overwhelming support provided by two foreign governments, Dietrich believes his forces to be invincible, and his future rise to power inevitable.
Hoping to garner additional members for his organization, he demands an interview with Sean Carrol, an ex-Special Forces officer and an investigative reporter for the New York International News. Dietrich orders that their meeting be held at one of the Deutsche Christen paramilitary camps. To assure Seans cooperation, he kidnaps his niece and nephew.
Understanding Dietrichs rationale for the meeting and further realizing that his niece and nephew arent going to be released, Sean develops a plan to rescue the children. Desperate, he along with Colonel Gannon, his ex-commander, reorganize his old Special Forces team and create a rescue mission.
While tensions rise worldwide and threats of war loom, panic takes center stage, as the prospect for cataclysmic destruction promises to annihilate civilization as we know it.
Praise for Conflux: Threat from the Troika:
“Written in the style of Patricia Cromwell, the author has you in the middle of the story from the first few pages. Bound to be a favorite on the beach this summer with it’s fast page turning tempo.” – John Lunde (Reader)
“…Conflux explores how panic and hatred, power and violence can cause chaos and pain, with real emotional stakes and a spark of hope for a better tomorrow. Brazzel’s skill and style makes for an enjoyable read for a wide audience of readers who enjoy living vicariously through fictional characters exhibiting strength, valor and the commitment to children’s safety.” – Pacific Book Review
About the Author 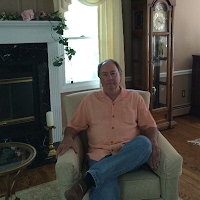 William Brazzel has been a property and casualty insurance agent for over thirty years. Dreaming of writing a novel has been a long term goal in his life. Finally, after many years of raising a family and nurturing his career, he has written his second novel “Conflux Threat from the Troika.” Unique and exciting, this novel projects a contemporary view of current day world threats that haunt and endanger all of us. With the creation of fictional characters and original scenes, he has fashioned a truly engaging and enjoyable but thought provoking storyline. Currently, he is busy working on his next project and hopes to complete it within the next year and a half.
Contact Links
Website
Twitter
Facebook
Promo Link
Purchase Links
Amazon
B&N
Kobo
iTunes
indieBound
Google Books
Books a Million