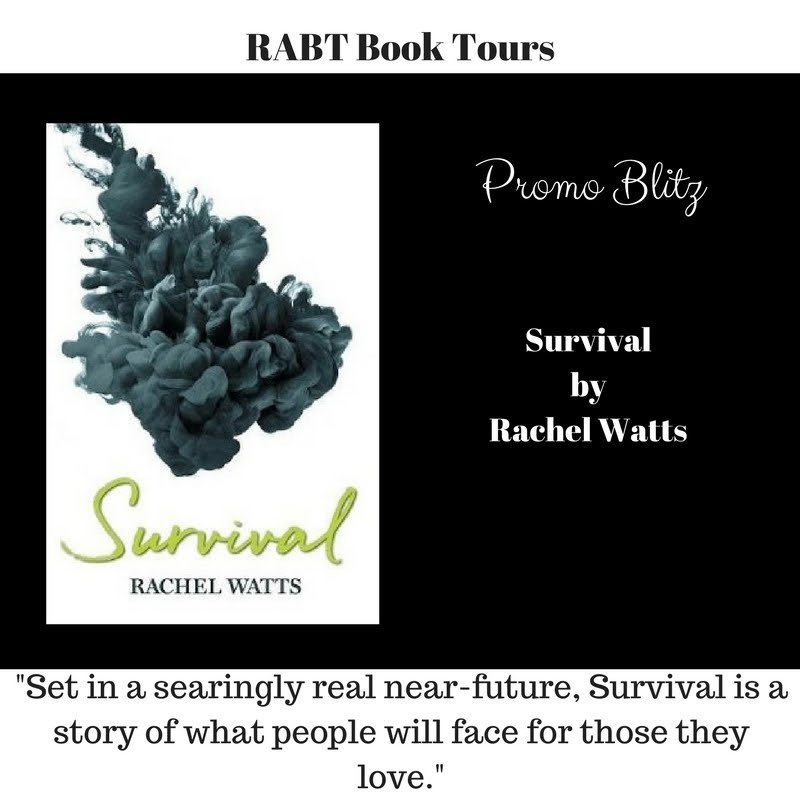 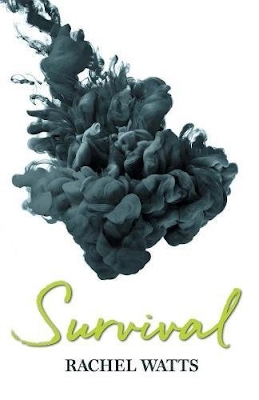 Ignorance is cheap. And then it costs you everything.
Perth author Rachel Watts’ latest release delivers a devastating vision of a post-climate change world in which governments have collapsed and corporations rule with an iron fist. In this world two young women from different backgrounds find themselves unexpectedly aligned in their pursuit for the truth.
The world has suffered economic collapse and multiple environmental crises. In a flooded city, Ava Murasaki is searching for her activist sister Sophia. Meanwhile, Valerie Newlin lives in the secure complex of the Scylla Corporation, the world’s only remaining multinational. There, she finds evidence of something horrifying in the Corporation medical research data. Set in a searingly real near-future, Survival is a story of what people will face for those they love.
Survival is accompanied by four of Watts’ previously published dystopian and post-apocalyptic stories. 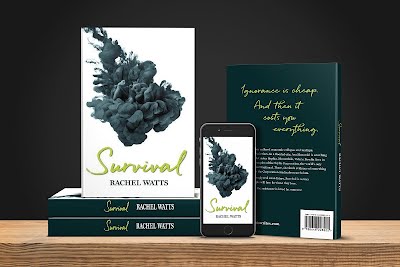 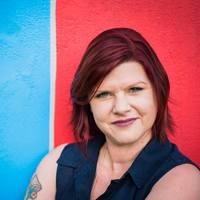 Rachel Watts is an award-winning journalist and a writer of literary and speculative fiction. She holds a Master’s Degree in Media and Communication and teaches creative writing to adults and teenagers. Her short stories and non-fiction have been published by Westerly, Island, Kill Your Darlings, Tincture and more.
Rachel Watts lives in Perth, Western Australia.
Contact Links
Website
Twitter
Facebook
LinkedIn
Promo Link
Purchase Links
Amazon
Barnes and Noble
Kobo
iTunes
IndieBound

Abby Parker planned out her whole life: complete her final year of high school, go to college, get a job, move away from her insane family, stay best friends with Jessica.
But, that was before she broke into the nearby tourist attraction and unwittingly answered a call from a centuries-old spirit who dragged her into the 19th century.
Now she must solve a Victorian mystery without getting herself killed, or worse, spend a lifetime trapped in the past, leaving behind everyone she loves and altering their lives forever.
When she meets gorgeous Benjamin, the future looks a lot like wreckage.

Martha and her father walked arm in arm into the line of the Grand March while I sat and searched the room for Ben, just in case he’d changed his mind.
There must have been over a thousand people mulling about, dressed in the most beautiful clothes I’d ever seen. My mind flashed once more to Cinderella, but of course that was just a fable. Who’d want to be rescued by a prince anyway, unless it was Harry, and he’s taken. Although, I had to admit it, how great it would be to have someone sweep me away from my home now and then.
My thoughts continued to drift until the Grand March came to an end. Applause sounded through gloved hands, muffled. I watched Martha and Dr. Edgecombe steer themselves between the many twosomes.
Piano chords and single notes played a rhythmic pattern and I recognized the song as a waltz. I couldn’t remember how I knew this, but knew it nonetheless. One-two-three, One-two-three.
The woman I’d met on Main Street earlier in the day, the woman with the guard geese, sat next to me. I didn’t recognize her at first, though. She was dressed in an emerald green gown, and three feathers towered above her thick, curly black hair. All that hair was squished under that frilly cap?

“So nice to see you again,” she said. A truly magnificent evening. A multitude of colors paraded past.
“Truly,” I said, placing my fingers along my cheek to expose the ring. She noticed it right away, but the reaction I hoped for didn’t materialize. She only asked again about Little Current and exactly how long my train ride had been, and if I traveled from the north, south, east or west.
What direction is the future? Martha waved her hand and smiled as she and her father swirled in front of us.
The day was beginning to feel long and I was no closer to the significance of the ring. “Please excuse me,” I said to the woman as I stood.
She remained seated and with an attitude of defeat said, “Of course, my dear.”
I walked over to the front of the hall and stepped outside. The ring slipped easily off my finger.
I knocked on Jess’s door, hoping her parents were still at work so we could talk freely. I had gone to eighteen seventy-six this time without waiting for her to come to my place like we’d planned, and the truth is, I felt guilty about it. She opened the door and stepped outside.
“I’ve only got about twenty minutes. I told you on the bus I’ve got practice tonight. Why didn’t you text? What’s up?” We sat on her porch steps.
“Oh yeah, I guess we were just on the bus.”
“What’s going on, Abby? You’re acting really weird.”
“I forgot about your practice.”
A realization came over her. She stood abruptly. “How could you forget when I just told you? You went back there, didn’t you? You went back without telling me.”

Nancy Thorne is an award-winning author of fiction inspired by the romance, courage and struggles of youth.
Born and raised in a suburb of Toronto, she fostered a passion for creating stories in grade school but hid it much too well. Five years ago she stepped away from the pediatric health care field to pursue her lifelong dream of telling them.
When she’s not writing books or reading, she’s dreaming.
Nancy lives outside of Toronto with her husband, two sons and an incredibly energetic fox-red labrador.
She loves to hear from her readers, even just to say hi.