Priest. Lover. Statesman.
From the author of the best-selling
“Legendary Women of World History” series …
Cardinal Armand-Jean du Plessis, duc de Richelieu is one of the most famous —
or infamous politicians of all time. Made a villain in the popular
Dumas novel, “The Three Musketeers,” the real man was a
dedicated public servant loyal to king and country. A man of logic
and reason, he transformed how we think about nations and
nationality. He secularized wars between countries, patronized the
arts for the sake of the public good, founded the first newspaper in
France, and created France as the modern country we know today.
Filled with period music, dance, and plenty of romance, “His Red
Eminence” transports you back to the court of King Louis XIII in
all its vibrant and living color.
Includes eight period songs, plus prayers, a detailed timeline, and extensive
bibliography so you can keep learning.
Add to Goodreads
Amazon * B&N * Kobo * Smashwords

Born, raised, and educated in Lincoln, Nebraska USA Laurel A. Rockefeller
is author of over twenty books published and self-published since
August, 2012 and in languages ranging from Welsh to Spanish to
Chinese and everything in between. A dedicated scholar and
biographical historian, Ms. Rockefeller is passionate about education
and improving history literacy worldwide.
With her lyrical writing style, Laurel’s books are as beautiful to read as
they are informative.
In her spare time, Laurel enjoys spending time with her cockatiels,
attending living history activities, travelling to historic places in
both the United States and United Kingdom, and watching classic
motion pictures and classic television series.
Facebook * Twitter * Pinterest * YouTube * Amazon * Goodreads 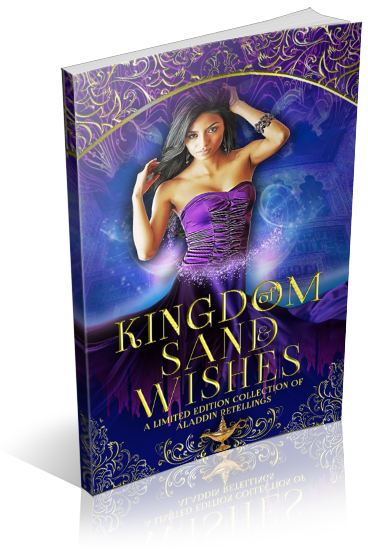 Publication date: May 24th 2019
Genres: Fairy Tales, Fantasy, Young Adult
Aladdin, but not as you

On the dusty streets, around the bustling bazaars, being overlooked by a Sultan’s Palace was a land. A land of magic, secrets and treasures buried deep beneath the desert.
Through Arabian nights, dark forces are at work. Dark forces that can threaten the peace of everyone in the Kingdom. Watch our authors as they answer the question, can three wishes save the day?
Join our award winning and USA Today best selling authors for nine action packed fantasy and contemporary retellings with Sultans, sorcerers, romance and more magic than a genie’s lamp can hold.
One click now for your happily ever after….
Goodreads
Amazon
a Rafflecopter giveaway