I am so excited that BLASTAWAY by Melissa Landers is available now and that I get to
share the news!
If you haven’t yet heard about this wonderful book by
Author Melissa Landers, be sure to check out all the details below.
This blitz also includes a giveaway for a finished
copy of the book, US Only, courtesy of Disney-Hyperion and Rockstar Book Tours.
So if you’d like a chance to win, enter in the Rafflecopter at the bottom of
this post.
About the Book:

Title: BLASTAWAY
Author: Melissa Landers
Pub. Date: July 9,2019
Publisher: Disney-Hyperion
Formats: Hardcover, eBook, audiobook
Pages: 304
Find it: Goodreads, Amazon, Kindle,
Audible, B&N,
iBooks,
Kobo,
TBD
Kyler Centaurus isn’t your typical runaway. All he wanted was a
quick trip to the legendary Fasti Sun Festival. Who wouldn’t want to see new
stars being born? Um, try Kyler’s entire family. They couldn’t care less about
mind-blowing wonders of science.
When an accidental launch sequence ends with Kyler hurtling
through space on the family cruiser, the thrill of freedom is cut short by two
space pirates determined to steal his ship. Not happening!
Luckily, Kyler bumps into Fig, a savvy young Wanderer who makes a
living by blowing up asteroids. She could really use a ride to Earth and Kyler
could really use a hand with the pirates.
But when Kyler learns the truth about Fig’s mission, the two must
put aside their differences long enough to stop the threat of astronomical
proportions racing towards Earth.
Exclusive
Excerpt!
At some point, I must have fallen asleep.
I say that for two reasons. First, my chin was wet with drool, and
I hardly ever slobber on myself when I’m awake. And second, I was no longer on
Earth.
I sat bolt upright and stared out the window as distant stars
whizzed past in a blur. There were no planets in sight, and judging by the
swirling purple nebula ahead of me, this wasn’t the way to Nana’s house. I
checked the navigation screen and felt my mouth drop open. The flashing beacon
that represented my ship was halfway between Earth and Fasti.
(So you see, it is totally possible to steal a spaceship on
accident.)
I guess my hand hit the EXECUTE button when I fell asleep. And
because it would take just as long for me to turn around and go home as it
would to finish my journey, it made sense to keep going, right? Either way, my
parents would ground me into the afterlife, so I might as well earn the
sentence, right?
Right.
An electric thrill rushed through my veins when I thought about
the possibilities that lay ahead of me. Anything could happen on this trip.
Literally anything. I could discover a brand-new element. Or meet a secret race
of aliens. Or invent a new energy source. Or eat so much chocolate that I
puked. Either way, I had complete freedom to make this journey into whatever I
wanted, and once I realized that, there was no freaking way I could turn back.
It was like the universe had dropped a gift in my lap, a gift I had no
intention of returning.
I wiped the drool off my chin and smiled.
“Hold onto your stars, Fasti. Here I come.”
About Melissa: 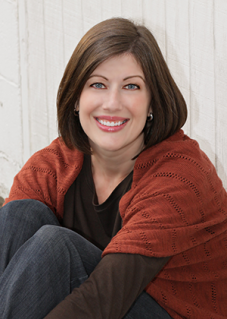 Melissa Landers is a former teacher who
left the classroom to pursue other worlds. A proud sci-fi geek, she isn’t
afraid to wear her Princess Leia costume in public—just ask her kids. She lives
just outside Cincinnati in the town of Loveland, “Sweetheart of Ohio.” 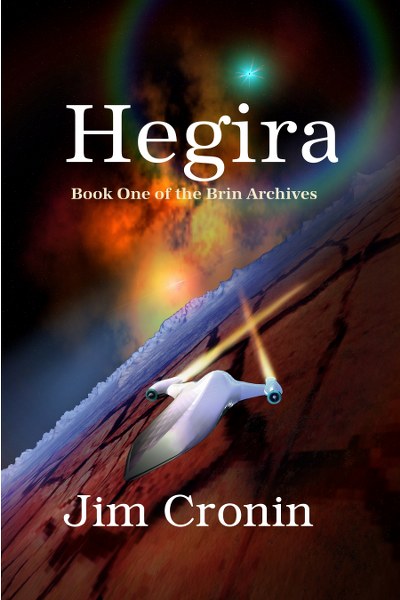 Pinnacle Book Achievement Award Recipient
Reader’s Favorite 5 Star Book Review Recipient
Hungry Monster Book Review 4 Star Recipient
His species became extinct decades before the aliens rescued and cloned
him, but he still must do everything he can to save them all. Karm
must travel back in time, create the most powerful financial empire
ever seen on the planet Dyan’ta and assemble a team of experts who
must be kept in the dark about his plans for fear of upsetting the timeline.
Dr. Jontar Rocker is an up and coming geneticist whose untested and
controversial theories on cloning become the lynch pin in Karm’s
schemes. Maripa, Karm’s petite and beautiful surrogate niece,
personal secretary, and deadly bodyguard must learn to trust Karm
despite his deceptions and secrets. Can the emerging love between Dr.
Rocker and Maripa survive the demons and surprises of their own past,
as well as Karm’s impenetrable air of mystery?
Karm and his companions must save the Brin. To do so, they must band
together to overcome Brach, the ambitious and obsessed monarch.
Determined to take control of Karm’s vast industrial empire, Brach
joins forces with his conniving brother Pareth, leader of The Faith
an ultra-conservative religious order committed to stopping Dr.
Rocker and his heretical efforts to develop cloning techniques.
Nothing less than survival of their species is at stake.
Goodreads * Amazon 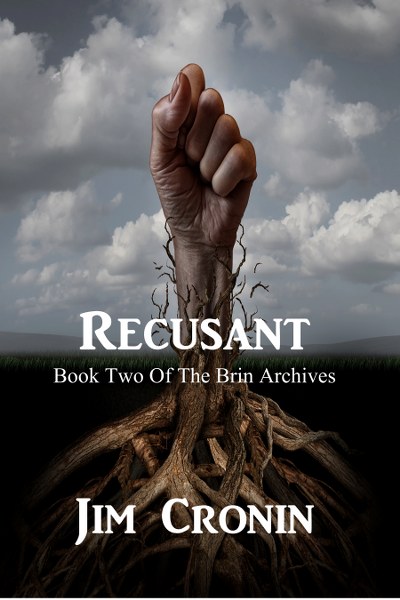 Hungry Monster Book Review 5 Star Recipient
Reader’s Favorite 5 Star Book Review Recipient
In this sequel to Hegira, the Brin are thriving on their new world, but
will greed, prejudices, and old rivalries tear apart their grand
civilization? Maliche Rocker, descendant of The Saviors, uncovers a
terrible secret and must fight those in power, including members of
his own family, to save thousands of innocents from the cruelty of
his own people.
Goodreads * Amazon 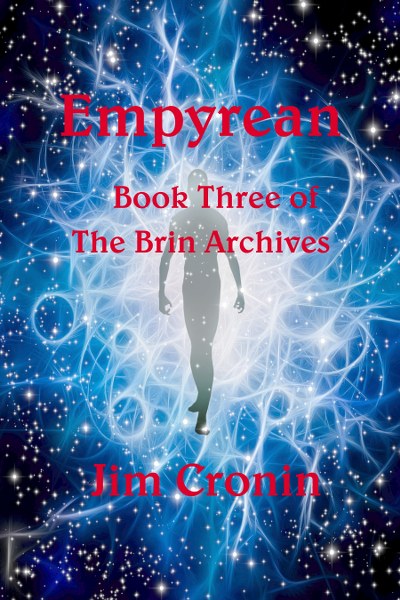 In this conclusion to The Brin Archives, Maliche Rocker must risk
everything including his family’s reputation and even his life, to
uncover the truth about the Skae. For over three hundred years the
Brin have believed the Skae to be their benefactors, and the race
that rescued them from extinction. But recent revelations by a group
of young Kolbri, the offspring of Brin and Kolandi mating, tell a
disturbingly different story.
Three Kolbri, including Maliche’s son Jontar, must use their unique
abilities to telepathically connect with technology, and discover the
truth about the Skae once and for all by undertaking a perilous
journey through thousands of years in space and time, unravelling the
history hidden from them by Skae. During this expedition, Jontar and
his two companions must encounter the Gorvin, hated enemy of the Skae
and supposed instigators of the current interstellar war.
What turned the Skae and Gorvin into mortal enemies? What is the true
cause of the war responsible for the destruction of hundreds of
worlds over thousands of years? Will Maliche and his small group find
the truth and avert disaster both at home and across the galaxy? Can
his wife, Ryma, hold the Brin government together long enough for
Maliche to succeed? Only time will tell.
Goodreads * Amazon 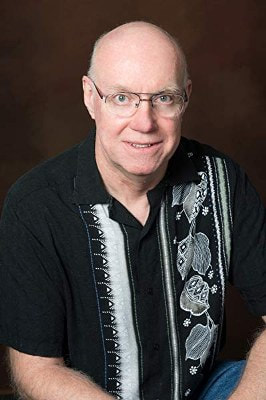 Jim Cronin is a retired middle school science teacher, currently working
part-time as an educator/performer at the Denver Museum of Nature and
Science. Born in Kansas City, Missouri, raised in Arlington, Virginia
and Denver, Colorado, he became an avid science nerd at the height of
the space race of the 1960’s. After thirty-five years teaching
science in the middle school classroom, he decided to retire and
explore new worlds of opportunities, including volunteering,
bicycling, and writing. It is the writing experimentation which
resulted in this novel.
Today, Jim Is an Educator Performer, or Edutainer if you prefer, at the
Denver Museum of Nature and Science. The museum makes science fun and
entertaining with an entire crew of performer/educators. Two years
ago I was lucky enough for the museum to hire me, and pay me to come
and play with kids and science.He lives in Colorado with his
beautiful wife of thirty seven years. Together, they look forward to
completely spoiling their new granddaughter.
Website * Facebook * Twitter * Bookbub * Amazon * Goodreads 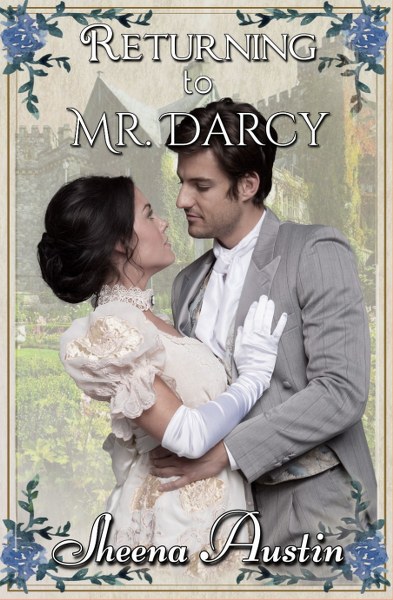 Elizabeth Bennet has the perseverance and heart of a warrior, but life has
knocked her down and she has lost her spark. However, after a car
accident and awakening to find herself back in time with a man who
calls her his wife, she finally finds the spark she had lost. She
realizes it’s time to stop being scared and embrace the impossible.
Fitzwilliam Darcy is plagued with the possibility of his wife never recovering
from amnesia. He shrugs off her odd habits as side effects of her
accident. Distraught, he finds solace in keeping his distance at the
bottom of a glass of whiskey. He assumes she has another lover, since
she calls out for another man in the middle of the night, and when he
sees her in the arms of another man, he is heartbroken, and finds it
all too easy to sever what ties remain. When he comes to know the
error of his ways, he wonders if Elizabeth could ever forgive him for
his harsh judgment.
Goodreads * Amazon 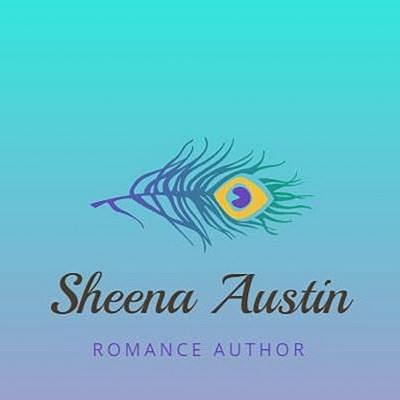 Sheena Austin is the author of Returning to Mr. Darcy and Alexandria.
A lover of all romance, fantasy, cat whisperer, and Kermit
obsessed, the author currently lives in Virginia with her boyfriend
and two cats. She is a substitute teacher and aspires to fulfill her
dream of being a Special Education teacher.
Facebook * Twitter * Instagram * Bookbub * Amazon * Goodreads