“He clutched his head in his hands. His shoulders shook, but no sound
came. Minutes stretched, interrupted only by the pop of burning wood.”
Ryan Collins had it all – financial freedom, an exciting career, and
attractive women. A favorite photographer in the glamorous world of
fashion, his lifestyle is the envy of many. Only a few know of the
demons that haunt him.
When Ryan and Emily Carmichael discover Oak Creek’s dirty secret, they
become witnesses to a drug crime. With Ryan’s plans for a career
change temporarily on hold, the physical and emotional attraction to
Emily grows strong. But a twisted truth taught so many years ago
spirals to the surface and strangles his heart. A romantic
relationship just isn’t meant to be.
While assisting a friend with a documentary in the African wild, Ryan is
forced to confront his terrors. As the battle within rages will he be
able to permanently silence the voices this time? Will he find a way
back to Emily, and the happiness he so desperately craves? Or is
it too late?
**Only .99 cents!!**
Add to Goodreads
Amazon * B&N

A small town with a dark secret. A new arrival in grave danger. Can she
solve the mystery before she ends up the next victim?

The best part of Emily’s childhood may have been the time she spent with
her quirky aunt. So when her favorite relative passes away, she drops
everything to attend the funeral in the small town of Oak Creek. But
she never expected to inherit her aunt’s entire estate, including her
massive black dog Bentley. Just as she starts to get the hang of
small-town life, an unknown driver runs her off the road and sends
her to the hospital.
As doctors tend to her and she makes a connection with a charming Oak
Creek resident named Ryan, Emily racks her brain to figure out who
would want her dead. When sparks start to fly between her and the
Good Samaritan that sat by her bedside, they team up to solve the
mystery. Digging into the crime starts to reveal a dark side to Oak
Creek and long-held secrets nobody wants revealed. Emily and Ryan
must uncover the truth before her assailant comes back to finish the job.
**Only .99 cents!!**
Add to Goodreads
Amazon * Apple * B&N * Kobo

B.K. Stubblefield is a new writer with a passion for animal rescue. After adopting her new
dog Harper, she was quickly overwhelmed with the challenges of
raising a “puppy on steroids”. Together with her close
friend, Debra Wagner, she published ‘Rescued: A Tale of Two Dogs’,
two nonfiction tales of love, patience and commitment.
In an effort to help bring awareness to animal neglect and abuse in our own
neighborhoods, B.K. Stubblefield shares several short stories of
animals brought out of the shadows and into the light of love in her
second book “Rescued: Out of The Shadows.”
Fictional short stories and memory books/journals continue to carry the theme
of dog rescue.
B.K. Stubblefield is also a contributing author to “Be Their Voice: An Anthology for Rescue, Volume I & II
Her debut novel, ‘Secrets in Oak Creek’, a mystery/romance, was published in November 2017.
Born and raised in Germany, the author has spent many years supporting her husband’s
military career. Moving between Europe and the United States, she now
makes her home in the small rural town of Elizabethtown, Kentucky
where she enjoys the slower pace of small town living. Early morning
weekend walks with her dog Harper are among her favorite activities.
Website * Facebook * Twitter * Goodreads 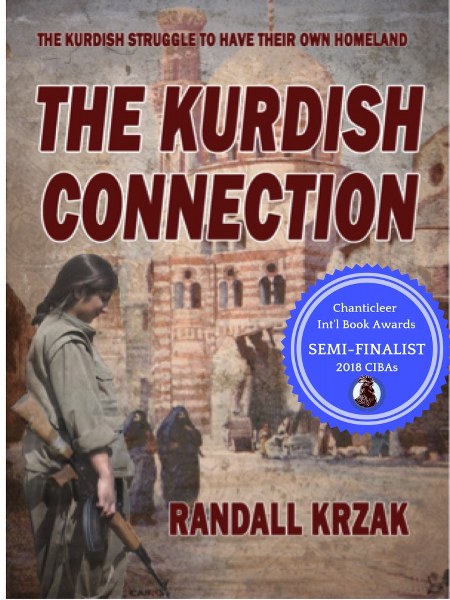 KURDISH SCAVENGERS UNCOVER A CACHE OF NERVE GAS IN IRAQ AND OFFER THEM TO
KURDISH FIGHTERS IN TURKEY. THE SPECIAL OPERATIONS BEDLAM ALPHA TEAM
MUST SECURE THE WEAPONS BEFORE THEY CAN BE USED.
In their daily struggle for survival, Iraqi Kurdish scavengers uncover a
cache of chemical weapons. They offer the weapons to Kurdish rebels
in Turkey and Syria to assist in their quest to free an imprisoned
leader and create a unified homeland. After receiving a tip from an
unlikely source, the newly formed Special Operations Bedlam team is
called to arms. Can the team recover the weapons before it’s too late?
“The Kurdish Connection—a compelling read. A story of friendship, danger
and intrigue.”—Ann Everett, Amazon Best Selling Author.
“… Randall’s authentic voice adds a powerful push to keep a reader
turning the pages.” —Janet Taylor-Perry, author of The Raiford
Chronicles, The Legend of Draconis Saga, and April Chastain Intrigues.
“Topical – Engaging – Intriguing – Powerful … A real page turner.”—Rikon
Gaites, author of Mummy’s Little Soldier and Darius Odenkirk.
“… Randall Krzak brings his wealth of experience living in this troubled
part of the world and his military knowledge to bear in this exciting
story…”—John L. DeBoer, author of When the Reaper Comes.
“… a journey full of history, suspense, intrigue, and action…a MUST
READ for all!”—Les Stahl, Retired NSA Executive.
“… Readers need to fasten their seatbelts for a fast-paced tale made
believable by a writer who knows what he’s writing about.”—Preston
Holtry, author of the Morgan Westphal mystery series and the Arrius
trilogy (forthcoming).
“A behind the scenes story, ripped from today’s headlines deepening
the reader’s understanding of an ancient strife … filled with the
sights and smells of the market place and secret meetings, the reader
is admitted to the secret heart, the desperate longings of those that
must fight and win, or see continued subjugation by their
masters…”—Oliver F. Chase, author of Camelot Games, Levant
Mirage, Blind Marsh, and Marsh Island.
Goodreads * Amazon 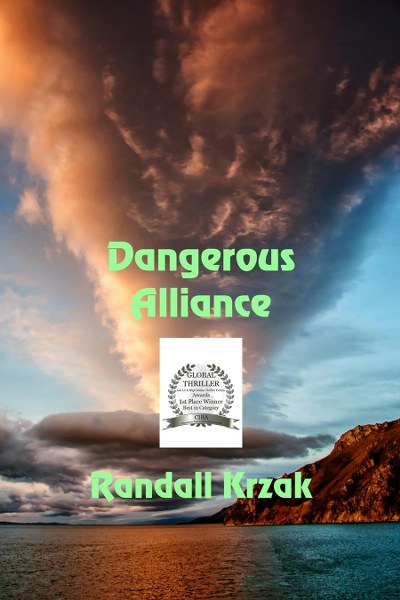 United Nations’ sanctions are crippling North Korea. China has turned her
back on her malevolent partner. The North Korean military machine is
crumbling, unable to function. Oil reserves are minimal and the
government seeks new alliances.
Cargo and tourist ships are disappearing along the Somali and Kenyan
coastline at an alarming rate. Speeches abound, but inaction
emboldens Al-Shabab to seek their next prize: Kenya. The terror
organization controls land but requires weapons.
Bedlam Bravo team leader Colonel Trevor Franklin (Ret.) leads the small
international team into East Africa. Tempers flare as the team is
embroiled in a political quagmire. The axis must be stopped to avert
an international crisis but at what cost?
Goodreads * Amazon 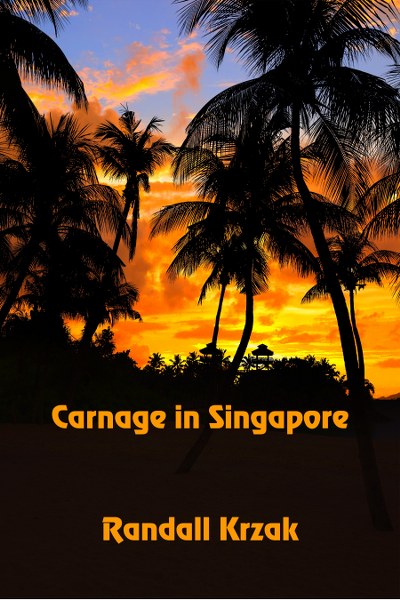 Terrorist groups such as Abu Sayyaf and Jemaah Islamiyah have flourished in
recent years with new recruits joining them and ISIS-affiliates at an
alarming rate. Blended operations by various Asian countries have
forced the groups to work together to identify a new operational base.
They seek an island nation to call home, one where they can plot against
countries who oppose their ideals. They found a target, a small
nation-state, perfect for their needs: The Republic of Singapore.
Before anyone can respond, the ambassadors of the United States, Great
Britain, and Australia are kidnapped from their residences in
Singapore. Right index fingers of each victim are sent as a warning.
Any attempt to recover the ambassadors will result in the removal of
additional body parts.
Bedlam Charlie team leader, Evelyn Evinrude, leads the group to rescue the
ambassadors and capture the local leaders of Abu Sayyaf and Jemaah
Islamiyah. Can Bedlam succeed or will events escalate, resulting in
more deaths?
**Releasing Fall 2019!!**
Goodreads 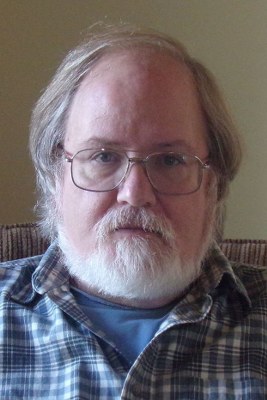 I’m a U.S. Army veteran and retired senior civil servant, spending thirty
years in Europe, Africa, Central America, and the Middle East. My
residency abroad qualifies me to build rich worlds in my
action-adventure novels and short stories. Familiar with customs,
laws, and social norms, I promote these to create authentic
characters and scenery.
My first novel, The Kurdish Connection, was published in 2017, and the
sequel, Dangerous Alliance, was released in November 2018. Both
placed in the 2018 Global Thriller Book Awards sponsored by
Chanticleer International Book Awards, with The Kurdish Connection
finishing as a semi-finalist and Dangerous Alliance being selected as
one of seven first in category winners. I recently signed a contract
for the third novel in the series, Carnage in Singapore. Work on my
fourth novel in the series, Ultimate Escalation, is underway, as is
the first book in a new series, A Cartel’s Revenge.
I also penned A Dangerous Occupation, a winning entry in the August
2016 Wild Sound Writing and Film Festival Review short story category.
I hold a general Master in Business Administration (MBA) and a MBA with
an emphasis in Strategic Focus, both from Heriot-Watt University,
Edinburgh, Scotland. My wife, Sylvia, six cats, and I currently
reside in Dunfermline, Scotland. I’m originally from Michigan, while
Sylvia is a proud Scot.
In addition to writing, I enjoy hiking, reading, candle making,
pyrography, and sightseeing.
Website * Facebook * Twitter * Bookbub * Amazon * Goodreads