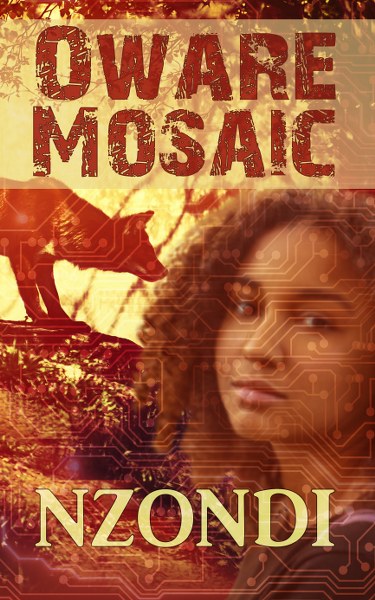 Decades after a cataclysmic nuclear war, Ghanaian scientists develop
technology that store consciousness onto data orbs called retcons.
Seventeen-year-old forensic specialist, Feeni Xo, is a Enhuman (a
radiation-enhanced metabolic human) that, similar to a vampire, need
blood for sustenance. Through a game called the House of Oware, Feeni
discovers that the virtual construct is actually an augmented
reality. She and her human best friend, Sammi, a young female
detective, have been mysteriously given specialized neural implants
that allow them to hack into government software. The two teenagers
race against time in a horrific world of deformed beasts to piece
together the puzzles of the digital mosaic. Will they find a way to
save sentient beings from total extinction or will they run out of
time?
“Once again, Nzondi creates a rich and vibrant world crackling with life.
He is a brilliant writer, one readers and critics should be watching.”
—Pete Nowalk, creator of How To Get Away With Murder
“If you’re looking for a story that’s daringly imaginative, Oware Mosiac
will scratch that itch.”
—Alma Katsu, author of The Hunger
“Nzondi’s Oware Mosaic is real Afrofuturism, speculative fiction actually set
on the continent itself. This is the future of SF, and the future is looking good.”
—Steven Barnes, author of Lion’s Blood
Goodreads * Amazon 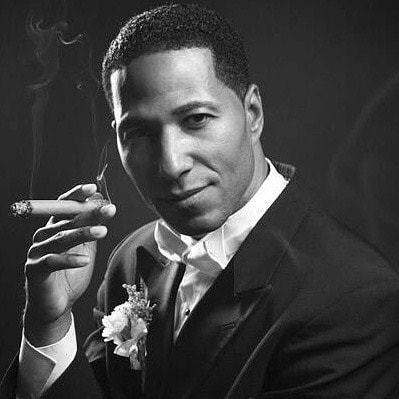 Nzondi (Ace Antonio Hall),born July 4th, 1966 is an American urban fantasy
and horror writer. He is best known as the creator of Sylva
Slasher, a teenage zombie slasher who also raises the dead for police
investigations, which includes novels and short story collections.
His non-fiction book, Lord of the Flies: Fitness for Writers was
published by Omnium Gatherum. One of 2017’s best Bruno Mars’
video/song parodies of 24K Magic, called 24 Cali Fitness, was
released to promote the book.
Among his many short stories that were published in anthologies and print
magazines, Hall’s short story, Raising Mary: Frankenstein, was
nominated for 2016 horror story of the year for the 19th Annual
Editors and Preditors Readers Poll. Additionally, three of his short
stories were on the Horror Writers Association Reading list for
the 2017 StokerCon Awards. A former Director of Education for NYC
schools and the Sylvan Learning Center, the award-winning educator
earned a BFA from Long Island University. Hall currently lives in Los
Angeles with his bonsai named Bonnie.
Website * Facebook * Twitter * Instagram * Amazon * Goodreads