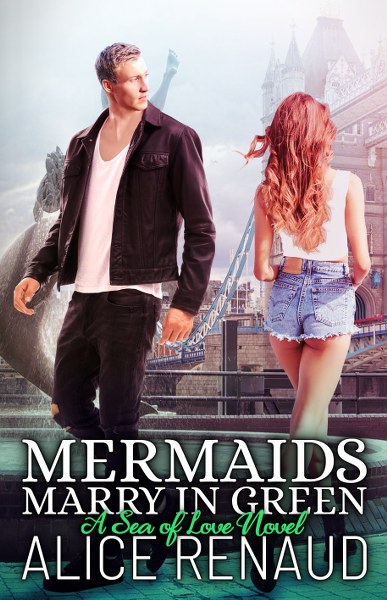 Caltha the fierce shape shifting mermaid has no time for romance… but Jonty the warlock has a few tricks up his sleeve!
Caltha Dooran is the toughest, fiercest shape-shifting mermaid in the western seas. She has three Clans to rule, and no time for romance. But when a warlock, Jonty, turns up and asks her to come with him to London to capture a water monster, she can’t say no. In London, away from her duties, her attraction for Jonty grows… and they soon fall under each other’s spell. But will his past and her responsibilities pull them apart, or can they find the only true magic, the one that binds two souls together?
**Only .99 cents!!**
Goodreads * Books2Read

Music For a Merman
Sea of Love Book 2

“Rob Regor knew that humans were trouble. All the shape-shifting mermen of the Morvann Islands knew it. And human women were double trouble, especially when they were lying on the road in front of a digger.”
Rob has a mission. Go to the mainland. Work as a policeman. Find out as much as possible about the mainland humans. Report back to his father, the head of the Regor Clan. It should be easy.
Until he has to arrest Charlie. Rob can’t fight his attraction to the sexy eco-warrior, and it puts him on one hell of a collision course with his family and his Clan. Will he break the rules – or break her heart, and his?
Goodreads * Books2Read

For centuries the shape-shifting mermen of the Morvann Islands have lived incognito among humans. But one of them, Yann, has developed some bad habits. Like rescuing humans, even when doing so risks revealing his true nature. When he fishes Alex out of the sea, he doesn’t expect her to reappear eight months later, and turn his life upside down by asking him to be her guide.
Alex is determined to fulfill a promise to her dying grandmother, by gathering pictures and stories of the Morvanns. But she soon discovers that, on these remote Welsh islands, legends have a habit of becoming true!
Over the course of a few days, Yann and Alex grow close. But some mermen hate humans. Their hostility, and Yann’s secret, threaten to tear the couple apart just as they are discovering that they are soul mates. Can Yann overcome the obstacles in his path and make the right choice?
Goodreads * Books2Read 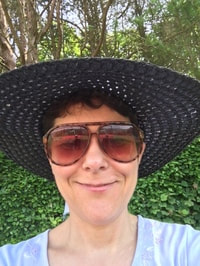 Alice lives in London, UK, with her husband and son. By day she’s a compliance manager for a pharmaceutical company. By night she writes fantasy romance about shape shifting mermen, water monsters and time-travelling witches. Her first book, “A Merman’s Choice,” was published in January 2019 by Black Velvet Seductions. It is the first book in a fantasy romance trilogy inspired by the landscapes and legends of Brittany and Wales. The second book, “Music for a Merman,” is out now and the third, “Mermaids Marry in Green,” will be released on 1 November. Alice has also written a short story, “The Sweetest Magic of All,” included in the BVS “Mystic Desire” anthology, out now. Alice loves reading and writing stories, and sharing them with anyone who’s interested!
Website * Facebook * Twitter * Instagram * Bookbub * Goodreads * Amazon 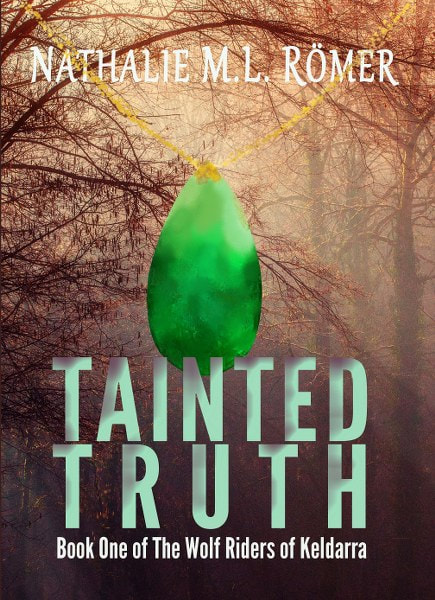 Begin your journey in the land of Keldarra…
It’s a land on the brink of war. Who wins it depends on which side is stronger: truth or the lies of thousands of years of deception and manipulation. But whose truth? What lies? That’s for you to find out in the first book of this nine-book series!
When truth and lies have been used as a weapon. When you fight an enemy from the past using lies, and truth becomes the weapon with which you fight that enemy.
The story takes you to an ancient land under siege. The history of Keldarra is long but forgotten. A distant past when someone knew the Wolf Riders would rise. They also knew they would come to an end.
The Truth: Words spoken.
Still spoken to speak a lie.
Marrida. Alagur.
Each individual has a reason for wanting change. But can the reasons co-exist without clashing? Can truth prevail when each of them exists because of lies? When they discover similarity it reveals a hidden past, a past that means so much more than either knew.
Add to Goodreads
Amazon * Kobo * Smashwords
**Coming Soon!** 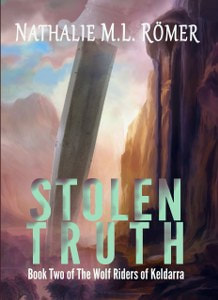 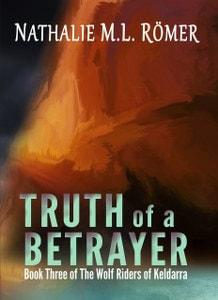 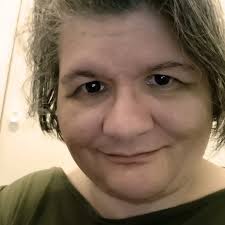 Nathalie is a published author, based in Sweden, and born and bred in the Netherlands, with roots squarely planted culturally in Britain and Curaçao. She primarily writes epic fantasy, futuristic science fiction, mysteries, romance with a twist, and is now venturing into fairytale retellings, dystopian stories and much more (just keep visiting to see where stories take you and the author alike). And Nathalie describes her style of writing as unapologetically wordy, because she has discovered that the best part of writing is weaving a world that’s interesting to explore, to discover its back story, to meet its people, and find out what makes them tick. Nathalie weaves each world with her own experiences into the stories, and will touch on various causes and situations that speak to her…

Follow the tour HERE for special content and a giveaway!
Signed Copy of the Book – 2 winners! ,
$10 Amazon giftcard – 1 winner
a Rafflecopter giveaway
https://widget-prime.rafflecopter.com/launch.js