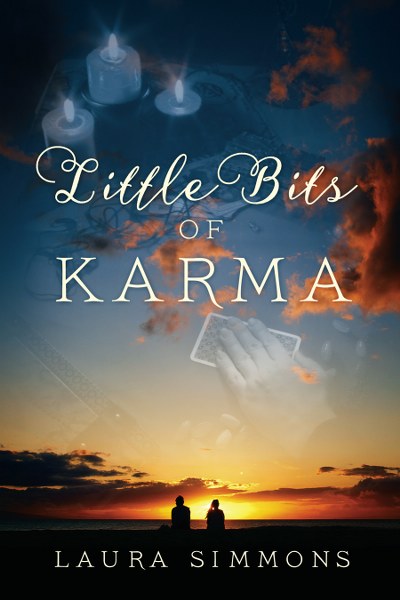 A captivating reincarnation romance of redemption and forgiveness.

Even though Holly O’Rourke is having problems with her longtime significant other, James, she has never entertained thoughts of infidelity…that is, until the day she has a chance encounter with Charlie, a handsome coworker. James promises he will change and work on their relationship, but Holly’s feelings for Charlie just won’t go away.

Distressed by her mixed emotions, Holly schedules an appointment for a reading with a psychic medium, where she discovers her adulterous past lives and their tragic consequences. Holly learns to do her own past life regression through self-hypnosis and uncovers not only lives that she shared with James and Charlie, but how the other people in her present life have been with her in the past—the threads of their lives interwoven for centuries. Holly is stunned by recurring themes and the issues of karmic justice that need to be addressed.

Where will her karmic path ultimately lead? Find out in Little Bits of Karma, an entertaining new book about spiritual cause and effect. 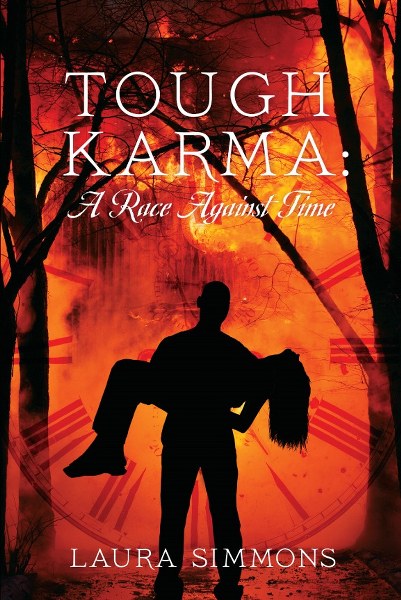 Tough Karma: A Race Against Time

“Tough Karma – A Race Against Time took my preconceived idea and previous experience of Paranormal Romance, rolled it into a tight little ball and slam dunked it in the bin of old experiences.” The International Review of Books

Amber Macklin’s world is cruelly shattered when she loses her baby girl three months after her husband’s sudden death. Her cousin, Bryce, comes to her rescue, moving her into his home for fear she will kill herself from the grief. He provides solace and a shoulder to cry on, and he has loved her as more than a cousin for a long time. Amber and Bryce soon discover they are not blood relatives, which opens the door for romance as he pulls her through her darkest hours.

When Mike, a college friend of Bryce’s, stops by to visit, Amber senses a deadly secret behind his nice guy persona. She has a frightening dream that Mike is trying to kill her and recurring sleepwalking episodes where she draws detailed pictures of him torturing her. Deeply troubled, Bryce uses his ability to astral travel to investigate Mike and uncover his terrifying past.

Mike has had his eye on Amber for some time, and when he learns that Bryce and Amber have become lovers, he is furious. Mike abducts Amber and takes her to his rural Georgia hideaway, and Bryce must rely on his astral abilities to track her down. But will he be too late? 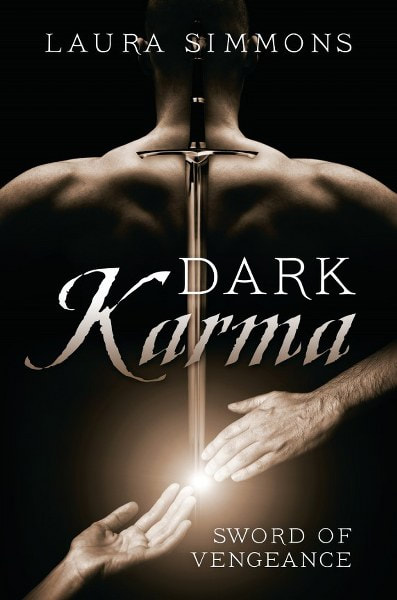 “Dark Karma is a fascinating story that would surely be loved by any fan of fantasy and romance. Simmons proved herself a competent author in writing a tale of angst, magic, and determination.” Reader Views

What would you do if you woke up one morning and your world was inexplicably changed in the worst way imaginable?

Banished by his enemy into a hellish alternate dimension, Luke Decker fights to understand why his world has suddenly changed, and why is he on trial for the murder of his beloved Nina? What he doesn’t know is she’s not dead. Nina watches him vanish into thin air and is completely bereft, struggling to find out how and why he disappeared. Using all of her psychic talents and traversing the astral realm, she frantically searches for him to no avail. She owns a secret item which holds the key to his salvation, but will she figure it out before he’s condemned to live the rest of his life in a realm of darkness?

This remarkable tale of vengeance, time travel, and dark magic is even more enjoyable if you read Tough Karma: A Race Against Time first. 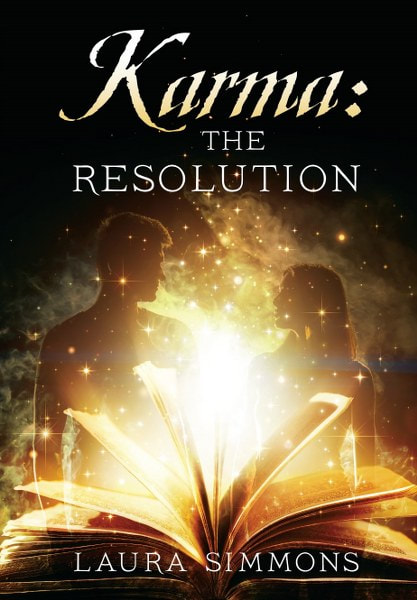 This story picks up where Dark Karma left off. Enjoy the next thrilling adventure into alternate dimensions!

“From the first time I saw you back in the 14th century to the day I was imprisoned in the dark realm, you have lived in my dreams and my heart,” David said to Maddie. He knows that she is the reincarnation of his beloved Cara. Can he convince her that they shared a past life? Will she still want him once she learns the truth? And what about the evil immortal who wants her dead?

“If I can pull a cat from a dream, I can rescue Mori from where she’s being held prisoner,” thought Noah Colton. Each night Mori comes to him on the astral plane, begging for him to save her and vanishing before he can follow. Terrified that she will soon be killed, he travels to another dimension to rescue her and bring her to his home. But what will happen when her captors track her down?

Two, out-of-this-world romantic fantasy stories unfold as David and Noah battle dark forces to save the women they love. Find out what happens when the unexpected intervenes and changes everything in these interconnected stories. 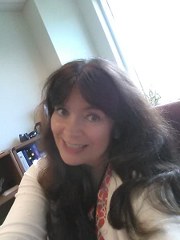 Laura Simmons grew up in northern Virginia and spent most of her career working for various Department of Defense contractors in the Washington, DC area. She has a fascination with all things metaphysical. She enjoys writing, jigsaw puzzles, adult coloring books, bowling, vacationing at the beach with her husband, and studying tarot cards and other types of divination systems.