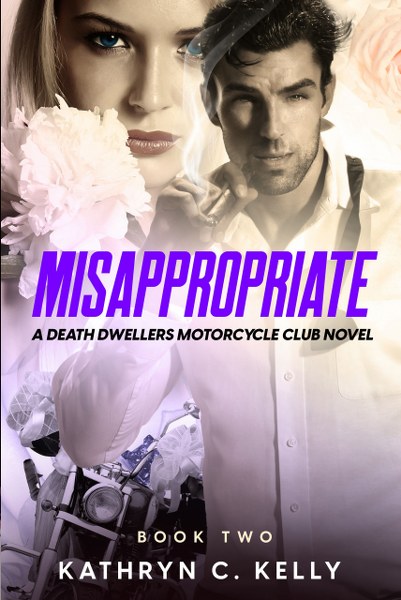 Meggie. The beauty who tamed the biker.
She believes her future is bright. Her baby boy. the love of her man and the affection of the Death Dweller brothers fill her with contentment. Now, the only thing she wants is to have her marriage blessed in a church ceremony.
Outlaw. The bad boy who fell for the beauty.
When a new threat rides into town and puts a target on his woman’s back, Christopher “Outlaw” Caldwell is forced to confront a past that has him questioning if Megan belongs with him or not. Standing in a sanctuary reciting sacred vows suddenly seems a useless exercise. He wants vengeance and blood. Love and romance have no place in a world of violence and vengeance. The more he pushes her away, the more Megan lures him in. She sees him as Christopher, but Outlaw is in his blood. Just as he always feared, the man she believes him to be and the one he is collide, risking the most important thing of all: Megan’s life.
Warning: For mature audiences only. Contains sex, drugs, violence, and excessive profanity. 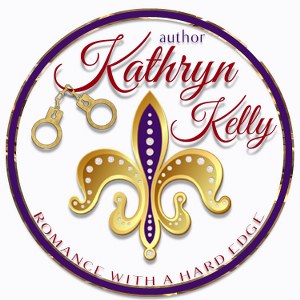 In her dreams, Kathryn C. Kelly is a flirtatious biker babe with the rumble of a hog between her legs and a shirtless bad boy wrapped in her arms. Kathryn and her bad ass biker boy spend their evenings tossing back great scotch (Chivas Regal) and fighting over who is better at Cards against Humanity (she is, obviously.)

In her reality, Kathryn is a native New Orleanian who has survived Hurricane Katrina and breast

cancer. Now she’s hoping to survive three lively girls. While not playing Wonder Mom, Kathryn can be found putting all those dreams into the pages of her next Death Dwellers Motorcycle Club novel.